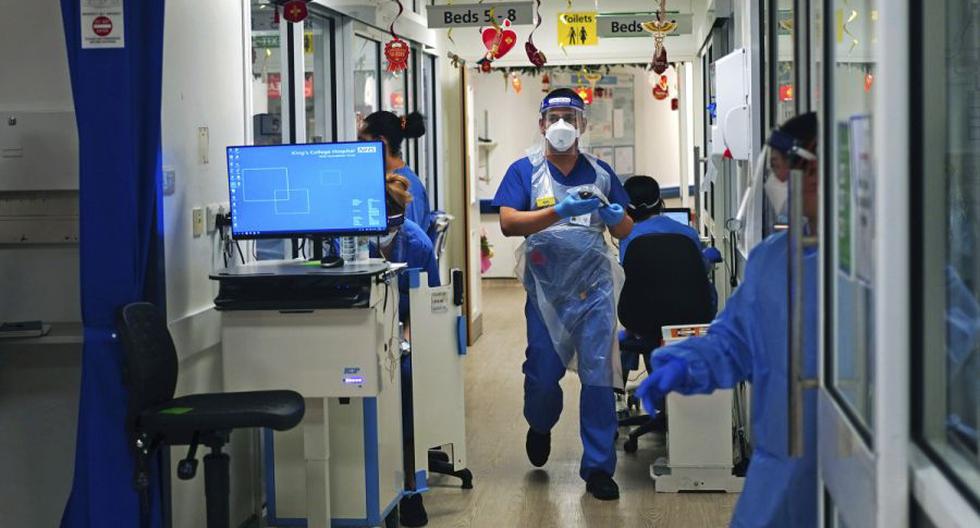 The United Kingdom continues to add records of coronavirus infections, with 189,213 in one day

She wanted to be remembered as a “great provocateur” and said she was a faithful admirer of Margaret Thatcher. But Liz Truss will end up making history in another way. For her critics, she is a “destroyer” and for society as the prime minister who lasted a “sigh”, 44 days, in office.

Her 44 days on the job were marked by worsening economic hardship for millions of Britons, as well as weakening her country’s image internationally. and exhaust what remained of unity in a Conservative Party, weakened after 12 years in power.

The 47-year-old former Foreign Minister came to power with a simple promise: in a difficult context of high inflation and skyrocketing energy prices, she wanted to relaunch growth thanks to massive tax cuts. Her experience in other ministries and her optimistic vision convinced conservative militants.

But her ambitious economic plan, announced on September 23 by her finance minister, Quasi Quartengwhich provided tens of billions in tax cuts without clear financing, did not serve to put the British economy on track, but to derail it.

In response, the markets reacted violently: the pound crashed, government bond yields soared and the Bank of England had to intervene. It was the beginning of the end for Truss. The death of Queen Elizabeth II on September 8 and the days of national mourning gave him a few days of respite, but her government was already touched.

Inside the Conservative Party, the atmosphere was at all times dense and dissent remained in the light of day. Truss tried to appease economists by giving up cutting the tax rate on the richest. But with that decision, her authority and control of the party began to evaporate. “I understood, I heard,” she said then.

Listen maybe, understand probably not. Her promise of “growth, growth, growth” failed to attract the attention of the electorate and earned him multiple criticisms from the economic class.

On October 14, under pressure from her increasingly restive party, and as names were already circulating to replace her, she fired her finance minister and called a press conference. Just this Wednesday, October 19, booed by the deputies in Parliament, she stated “I am a fighter, not someone who gives up.” But it was more a phrase than a conviction: A day later she resigned.

The leader of the British Labor Party (which is in opposition), Keir Starmer yesterday demanded that a general election be called “now” after Liz Truss announced her resignation. Starmer stated harshly that “the Conservative Party has shown that it no longer has a mandate to govern. After twelve years of Conservative failure, the British people deserve much better than this revolving door of chaos.”

-Appointed in September 2021 at the head of Foreign Relations, she was intransigent towards the European Union and embodied the hard position against Russia after the invasion of Ukraine.