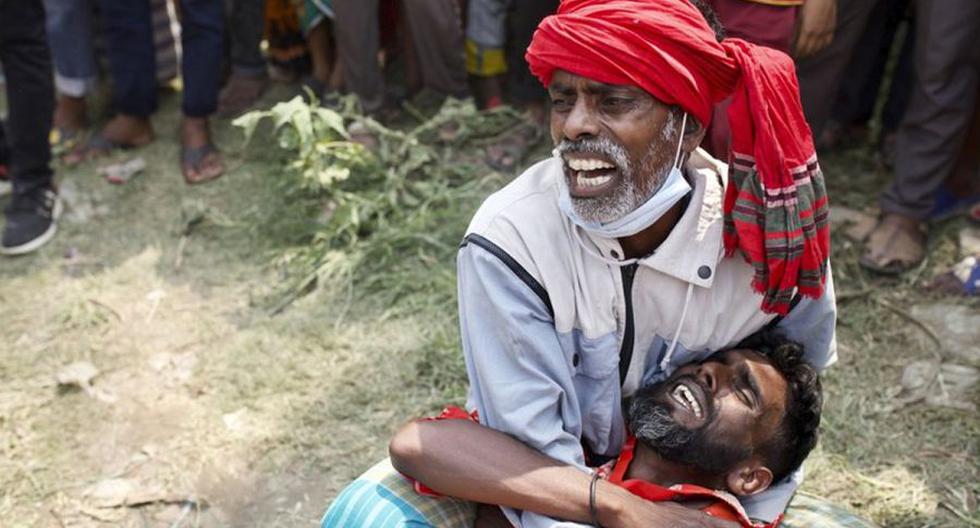 At least 25 dead in Bangladesh shipwreck

The insurgents, who easily controlled Afghanistan in a withering campaign, they seized large quantities of arms, equipment and ammunition from the Afghan armed forces, most of them shipped by Washington in the past 20 years.

Social media showed Taliban fighters carrying M4 and M18 assault rifles and M24 sniper rifles or driving iconic American Humvees. A video shows them in uniforms in the style of those of the American special forces.

The images are implicitly a political attack on President Joe Biden for allegedly mishandling the withdrawal of US troops after 20 years of war.

Most of the material has been seized from Afghan forces who, despite two decades of training and tens of billions of dollars from the United States, handed over Kabul without fighting.

“Obviously we don’t have a complete picture of where each defense material went. But certainly a lot fell into the hands of the Taliban, “said White House national security adviser Jake Sullivan.

“Naturally, we don’t have the feeling that they are going to hand it over to us easily,” he said.

The Republican opposition took the opportunity to launch against Biden.

“Thanks to Biden’s botched withdrawal, the Taliban are better equipped today than ever,” said Ronna McDaniel, chair of the Republican Party National Committee.

According to official data, the Pentagon supplied the Afghan army with more than 7,000 machine guns, 4,700 Humvees and 20,000 grenades in recent years.

The Afghans also received artillery and reconnaissance drones from Washington as well as more than 200 fixed-wing aircraft and helicopters.

Keeping these devices operational is highly dependent on spare parts and technical support.

According to photos released Wednesday by the intelligence company Janes, some 40 Afghan military aircraft flew to Uzbekistan last week to escape the Taliban advance. These include five US UH-60 Black Hawk helicopters, another 16 Russian helicopters and 10 A-29 Super Tucano fighters.

In its 16 months of withdrawal, the Pentagon removed large amounts of its equipment from Afghanistan and left some of it to the Afghan army.

But what was supplied to the Afghan forces is now in the hands of the Taliban and that raises concern. Pentagon spokesman John Kirby said that issue is under review.

“Obviously, we do not want to see our team in the hands of those who would act against our interests or the interests of the Afghan people.Kirby told reporters.

“There are numerous decision options that can be made, including destruction” of the material, he said, without giving details.

Weapons and vehicles captured by the Taliban only limitedly increase the power of the Taliban, according to experts.

“The most dangerous weapons captured by the Taliban are D-30 howitzers and assets of the Afghan air force”said Jonathan Schroden, an American defense and security expert.

In the past 24 hours Taliban forces have managed to capture the following aviation assets:

“Naturally, we don’t have the feeling that they are going to hand it over to us easily,” he said.

“It is not clear that they have the ability to use all the aerial platforms they were left with, but they did demonstrate the ability to use those howitzers,” He said. At best, these materials make the Taliban a direct threat to better-armed neighbors.

On the other hand, the huge amount of small arms and ammunition they inherited, Schroden said, could “possibly reach many parts of the world and other terrorist groups.”

“Probably the best thing the United States can do now is work with Afghanistan’s neighbors to try to ban the transport of any of these equipment across the country’s borders,” He said.