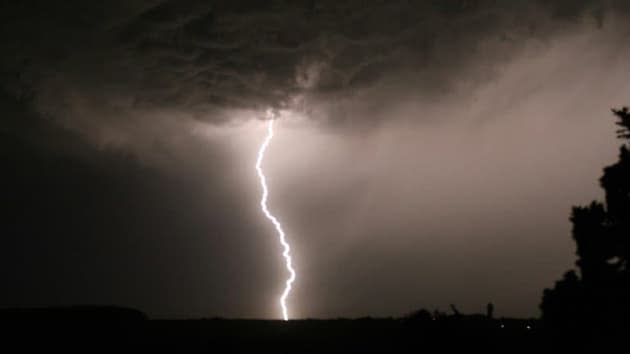 Canada: four dead and 900,000 homes without power after violent storms

The strategic city of Severodonetsk, in the Ukrainian east, a key point to control the entire Lugansk region, resists the Russian attacks that try to take over the only pole of resistance that remains in the city and which is located in the facilities of the Azot chemical factory. According to the latest military report published this Friday by the General Staff of the Ukrainian Armed Forces on its Facebook page, the “Russian occupiers continue to fire cannons and rockets at Ukrainian positions” in that city.

The Russians already control most of the enclave and just a few hundred civilians and soldiers are resisting inside the Azot facilities, in a situation reminiscent of that suffered by the coastal city of Mariupol, on the Sea of ​​Azov and currently occupied. through Moscow. The military report indicated that “the invaders” also continue to attack surrounding towns: “the enemy launched an air attack on Ustynivka. The struggle continues to gain full control of the city of Severodonetsk. The aggressor is moving rocket artillery units in this direction,” he insisted.

In the Kharkov region, whose capital is the country’s second largest city, “the enemy’s main efforts are focused on maintaining the captured borders, preventing the Ukrainian defense forces from reaching the rear of the Russian troops operating towards Sloviansk”, in the Donetsk region. Meanwhile, in the Kherson region, in the south of the country, the General Staff assures that it has managed to hit the Russians and cause some withdrawals of their army that controls part of this area.

“The Ukrainian aircraft has struck enemy groups in districts of the Jerson region, (partially occupied by the Russians) both in the capital of the same name, and in the neighboring Kakhovka and Beryslav,” he precise.

And in Sloviansk, in the Donetsk region, “the Russian occupiers are concentrating their efforts on carrying out an offensive. They are conducting combat reconnaissance near Krasnopillia, and the battle continues. The enemy tried to gain full control of Bohorodychne , but the Ukrainian defenders successfully repulsed the assault,” added the military report.

The Russians continue one more day blocking civil navigation in the northwestern part of the Black Sea. According to the Ukrainian military, Russian troops “continue to suffer losses in terms of personnel, weapons and equipment.” Over the last day, the Ukrainians shot down Russia’s Mi-35M helicopter in the Donetsk region and made successful strikes in the southern Zaporizhia region.