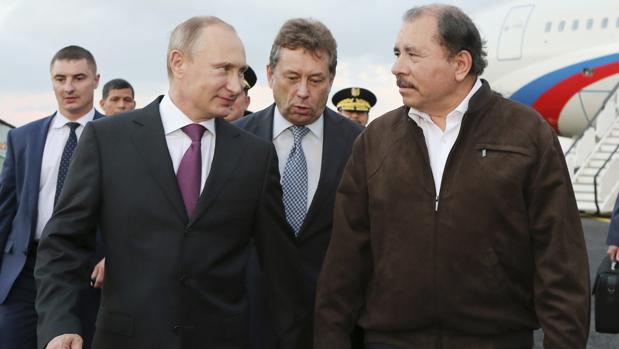 Ortega supports Putin, without recognizing the independence of the Donbas separatists

The president of Ecuador, Guillermo Lasso, in a message to the country this Friday night, announced his decision to declare a state of exception “due to serious internal commotion” in the provinces of Cotopaxi, Pichincha and Imbabura due to clashes and closures of highways that have been registered within the national mobilization that began on Monday and promoted by the Confederation of Indigenous Nationalities of Ecuador (CONAIE) against the Government.

“Last night I called for dialogue and the response was more violence. There is no intention to look for solutions. They say they fight for the cost of living, but close roads causing shortages, rising prices and speculation. They say they want to improve health services, but they prevent the passage of ambulances, putting our sick brothers at risk of death, ”Lasso said during his intervention.

The president insisted that the acts of violence that have occurred since Monday have forced him to declare a state of emergency “to defend the capital and defend the country.”

“From here, I promise to defend our capital, defend the country. There are good people who are marching to demand just causes. Demands that we have not yet been able to attend to,” the president added.

The decree includes the mobilization of various institutions, the deployment of coordinated operations between the Police and the Armed Forces, limitation of crowds, curfew that restricts freedom of movement from 10:00 p.m. to 5:00 a.m. in the Metropolitan District of Quito, to preserve citizen security and public order.

The president’s announcement was accompanied by a list of decisions on economic matters, in order to alleviate what he called “the difficult situation of many families.”

The announced measures are as follows:

CONAIE, which has been leading the national mobilization since Monday in some provinces, demands that the government reduce fuel prices, address the unemployment problem, regulate the prices of farm products and combat crime, among other demands.

The CONAIE leadership insisted throughout this Friday that it will maintain the strike. Its president, Leonidas Iza, called for a peaceful demonstration and assured that their mobilization has no vandalism overtones.

On Thursday, Iza said that she will not accept a dialogue where there are no results and assured that within 48 hours the mobilization of indigenous bases to Quito will be coordinated if there are no answers to their requests.

This Friday, the fifth day of protests in several provinces, was marked, like other days, by road closures, especially in the provinces of the Sierra and, as night fell, there were mobilizations in the historic center of Quito that ended in clashes in the Plaza de Santo Domingo between police and protesters.