Lost and alone in one of the most remote corners of the vast rainforests of Brazil, at least Antonio Sena knew what he feared the most: “the great predators of the Amazon: jaguars, crocodiles and anacondas.”

But the 36-year-old pilot wasn’t just worried about being a deadly animal’s next meal. He had to find food, water and a shelter.

It was a terrifying task and he feared that after his plane crash it would take days to rescue him.

What Antonio did not suspect was that he would struggle to survive, hungry and alone, for more than a month.

The plane he was flying alone in January, on a trip to refuel a remote mine, was in serious trouble.

“The engine stopped suddenly at 900 meters. I had to make a forced landing in the middle of the jungle ”, Antonio told the BBC.

Crashing into tree branches the pilot miraculously managed to lower his Cessna plane in an uninhabited area north of the Amazon River.

Antonio had escaped death, but his troubles were just beginning. Fuel had spilled all over the fuselage of the aircraft.

“I had to abandon the plane because I knew the situation was very dangerous“, he pointed.

Antonio stayed close to the aircraft in the hope that his last message had been heard and help was on the way.

“I collected everything that could help me survive a few days in the jungle,” he recalled.

“At that time I imagined that I would have to be there between five to eight days, the usual time for a search and rescue operation”.

But a week passed and the help did not come.

Antonio decided that if he wanted to see his loved ones again, he would have to leave the accident scene and try to walk to safety.

“I realized that I would have to find a way out of that place.”

The pilot took advantage of the first light of dawn to undertake his desperate attempt to find the nearest inhabited area.

“I decided to walk east, towards the sun, and I walked every morning for about two and four hours”.

“After that, I had to plan the night: build my shelter and build a fire.”

The Amazon is a dangerous place for anyone suddenly there alone, without any kind of transportation or communication. But Antonio had learned some skills that would give him a chance to survive. 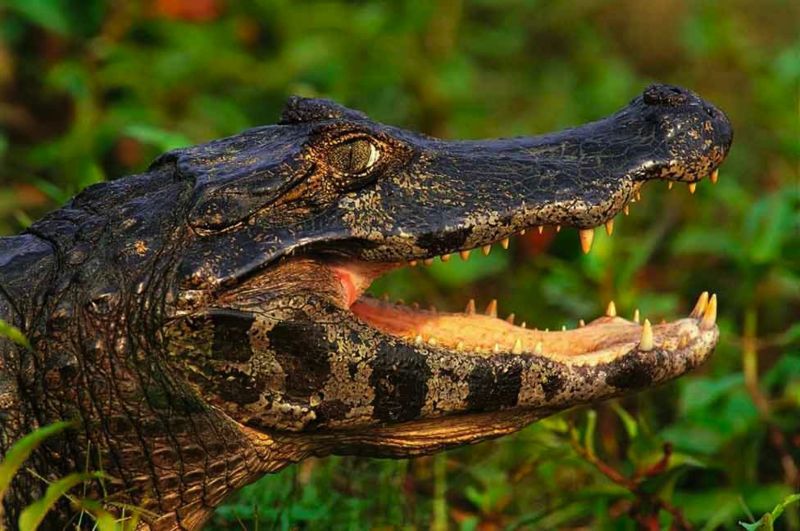 The animals most feared by Antonio were crocodiles.

“I completed a jungle survival course because of my work in aviation.”

“Also, I was born and lived in the Amazon.”

Antonio had also taken the time to learn from people who live in remote areas of the rainforest, information that could now mean the difference between life and death.

“Every time I had the opportunity, I would talk to the people who lived there. You can learn many things from them ”.

To find food, Antonio turned to local wildlife for help.

“There was a fruit that I had never seen in my life, but I observed that the monkeys used to eat it,” he said.

“And I thought if the monkeys could eat it, I could too”.

Antonio also found cocoa a few times, but he needed to find more than just fruit.

“Ostrich eggs, a very common bird in the middle of the jungle”.

This bird lays a “big blue egg” that Antonio occasionally managed to find.

“Eggs are eggs. It’s protein and I needed it at the time, so I ate it raw.”

Although Antonio managed to find enough food to stay (barely) alive, he also had to avoid becoming lunch for some of the largest inhabitants of the Amazon.

“Every time I built my shelter I did it on top of the hills”, he explained. 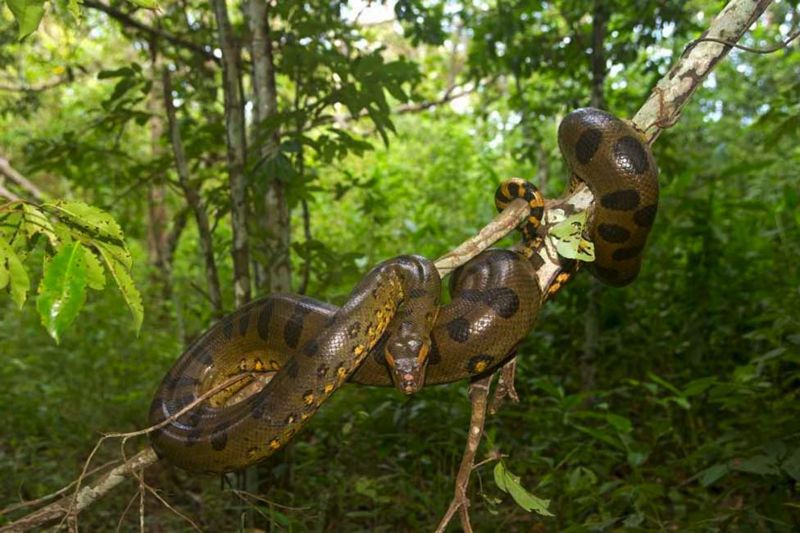 The anaconda is one of the great predators of the Amazon.

“And the reason is that jaguars, crocodiles and anacondas have a great relationship with water, so I never camped next to a water source.”

Antonio too was careful to make a lot of noise while walking through the jungle.

He knew that during the day he was more likely to be attacked by an animal that had suddenly become frightened.

Although Antonio’s survival skills were working, he had lost a lot of weight.

It had been weeks since he left the wreckage of his plane.

But after 36 days he finally ran into a small group of people.

Unable to see them at first, the pilot located them by the noise they were making.

“I could hear them work.”

Antonio’s ordeal was coming to an end.

“The only thing that motivated me and gave me the strength to continue, even with the pain and hunger, was the will to see my family again”.

“When I finally left the jungle and my family met me at the airport, that was the best moment of my life for me.”

After the accident, planes and helicopters had been sent to search for the pilot, but the operation had been abandoned weeks before.

If Antonio had not managed to get out of the jungle by himself, the plane crash would have meant that he would never have seen his family again.

“I was finally able to hug them and tell them how much I love them,” Antonio told the BBC.

“I did all that just for them, thinking of them every time, every time.”