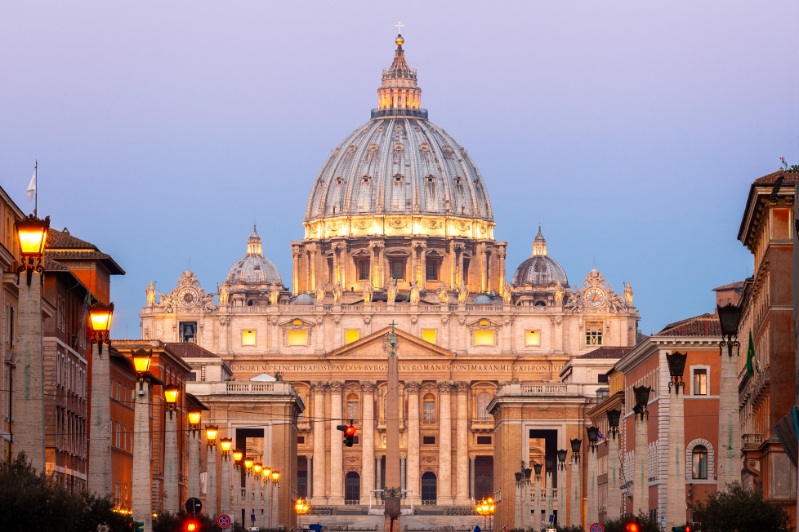 The Vatican forecasts a deficit of 49.7 million in 2021 due to the pandemic

in what he called a “historic step” The European Commission agreed on Tuesday to a 500 million euro ($512 million) plan that would allow EU members to jointly acquire weapons to meet the urgent need to replenish the conflict-related defense shortfall. from Ukraine.

The proposal is supposed to incentivize at least three EU members to buy weapons together, the body said in a statement. It also seeks to avoid competition among bloc members for the same products and facilitate cost savings. The measure is expected to be financed with EU funds over the next two years.

“Today we are taking a historic step in the integration of European defense. As the war rages on Europe’s borders, we are responding to the call of EU Heads of State by presenting today a new instrument to support… joint arms procurement.” said Thierry Breton, the EU Internal Market Commissioner.

According to him, the move will not only help replenish stocks that were depleted due to supplies sent to Ukraine, but also provide an incentive for member states to buy together. The proposal also aims to boost the capabilities of the European defense industrial complex by increasing its manufacturing capacities.

The announcement comes a day after the EU agreed to allocate an additional €500 million in military aid to Ukraine. With the approval of the fifth aid package, the bloc’s aid to kyiv reached 2.5 billion euros ($2.5 billion).

After Russia launched its military operation in Ukraine, many Western countries, including the EU, pledged to support kyiv in any way possible, including military aid. Moscow, however, has consistently warned the West not to provide Ukraine with weapons, arguing that they would only prolong the conflict and create long-term problems.

Russia sent troops to Ukraine on February 24, claiming that kyiv failed to implement the Minsk agreements, designed to give the Donetsk and Lugansk regions special status within the Ukrainian state. The protocols, negotiated by Germany and France, were first signed in 2014. Since then, former Ukrainian President Pyotr Poroshenko has admitted that kyiv’s main goal was to use the ceasefire to buy time and money. “create powerful armed forces”.