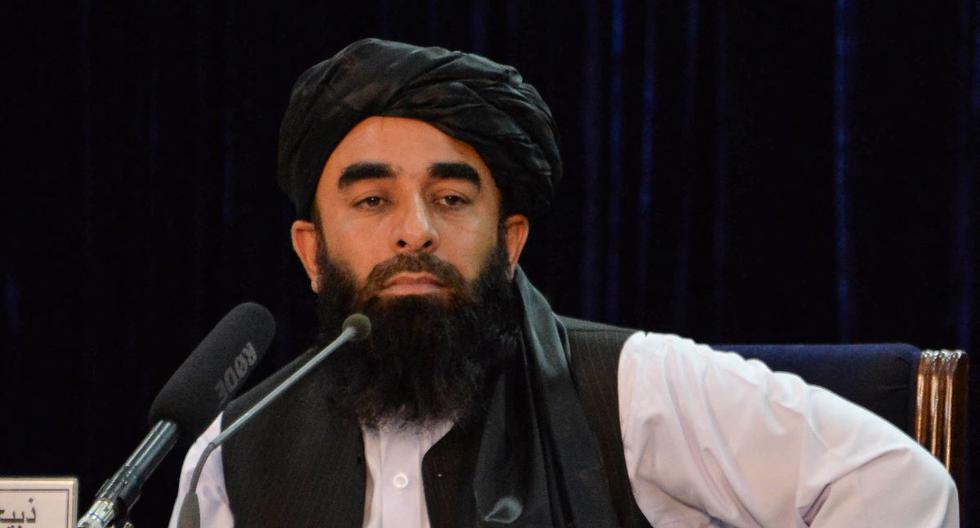 Hundreds of people protested Tuesday in the southern Afghan city of Kandahar, against what they say are orders from the Taliban for citizens to leave their homes on the eve of winter.

Protesters marched in front of the governorate in the city after 3,500 people living in a government-owned residential area were given three days to leave, two protesters told a local journalist working for Globe Live Media by phone.

The protesters, who are also residents of the area, said they were not given the reasons for the expulsion order.

“I have nowhere else to go,” said one protester, who did not want to give her name for fear of retaliation. He said he was poor after losing many members of his family in recent conflicts.

The main figures of the Taliban government 2:59

All the families in the area built their houses with what little money they had and cannot afford to move, the woman said.

Several protesting women carrying the red, black and green Afghan national flag were harassed by the Taliban, according to eyewitnesses. Local television footage shows protesters, including women and children, blocking a road as they marched.

Mohammad Ibrahim, a civil activist in Kandahar, said that the Ferqa-e Kohna area outside the provincial capital was a government-owned area and the land was distributed to government employees under the previous government. Ibrahim said that there were likely irregularities and corruption involved in the transfer of properties, which resulted in the illegal sale of properties to residents. Some of the families had been living in Ferqa-e Kohna for more than 20 years, he said.

Taliban spokesmen could not be reached for comment on the evictions.

There were reports that the Taliban had prevented a local journalist from doing his job and beaten another while covering the demonstration, according to local news station Millat Zagh Radio. Globe Live Media cannot independently verify the incidents.

Residents march against the Taliban’s eviction order in Kandahar on September 14.

Protests and repression of the Taliban

Protests against the Taliban regime have erupted in various parts of Afghanistan since the militant group took control of the country last month following the withdrawal of US troops. The Taliban have cracked down on protests, often violently, with reports of journalists and activists being detained and abused.

Last week, journalists from the Afghan news outlet EtilaatRoz told Globe Live Media they were detained while covering a protest by Afghan women against Pakistan’s involvement in Afghanistan and demanding equal rights in the capital Kabul. The protest took place in front of a police station and the two men said they were taken inside and brutally beaten.

During another protest last week, Taliban fighters used whips and sticks against a group of women protesting in Kabul, following the announcement of a hardline, men-only interim government.

Taliban leaders on Twitter rejected videos being shared online about violence in protests led by women. The head of the Cultural Commission, Muhammad Jalal, said that these demonstrations were “a deliberate attempt to cause trouble”, adding that “these people do not even represent 0.1% of Afghanistan.”

The Taliban have also tried to reduce protests, and a statement issued by the Taliban Interior Ministry last week set strict conditions for any future demonstrations, including prior approval from the Justice Ministry.

Last week, the United Nations called on the Taliban “to immediately cease the use of force and the arbitrary detention of those who exercise their right to peaceful assembly and of journalists covering the protests.”

The Taliban’s response to peaceful marches in Afghanistan has been “increasingly violent” and has included the use of live ammunition, batons and whips, killing at least 4 people, the High Commissioner’s spokeswoman said on Friday. of the United Nations for Human Rights, Ravina Shamdasani, at a press conference in Geneva.

Even before the return of the Taliban to power, protracted conflicts, poverty, consecutive droughts, economic decline and the coronavirus pandemic had worsened an already dire situation in which 18 million Afghans, almost half of the population, population, were in need of humanitarian aid, according to UN agencies.

With winter approaching, many people could be without food by the end of the month, UN Secretary-General António Guterres said earlier this week, adding that poverty rates had skyrocketed since the return of the Taliban to power.