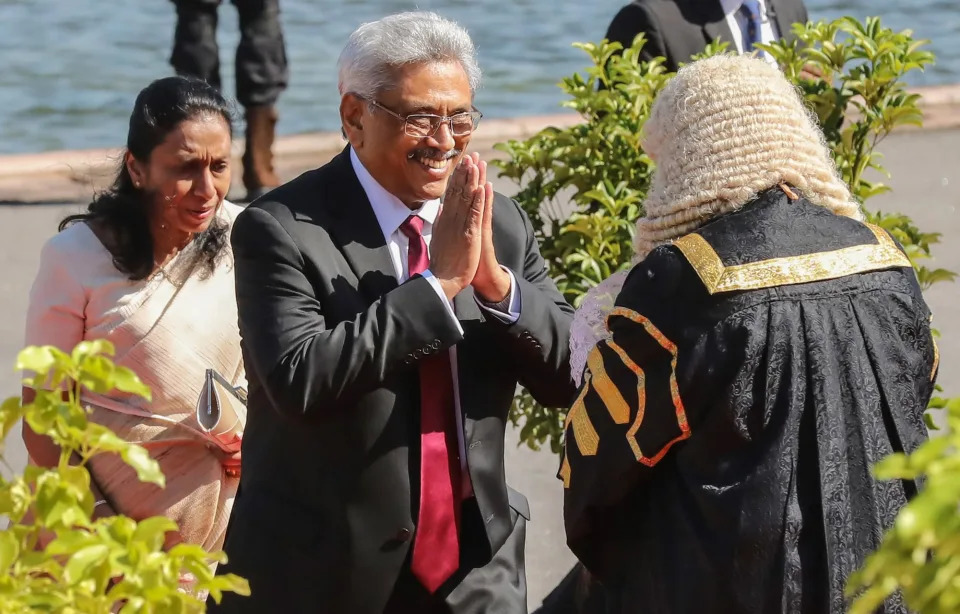 (GLOBE LIVE MEDIA) – The Taliban violently dispersed, with shots in the air and rifle butts, a demonstration of women demanding the right to work and education in Kabul on Saturday, almost a year after the Islamists took power in Afghanistan.

About 40 women who chanted “Bread, work and freedom!” They paraded in front of the Ministry of Education, but about five minutes into the march a group of Taliban fighters dispersed them by firing bursts into the air.

The protesters carried a banner that read: “August 15 is a black day,” referring to the date of the 2021 takeover of Kabul by the Taliban.

“Justice, justice. We are fed up with ignorance,” they shouted before being violently dispersed.

The Taliban, dressed in military fatigues and armed with assault rifles, blocked an intersection in front of the women and began firing into the air for several seconds. One of them simulated a shot at the protesters, an GLM reporter observed.

Some protesters then took refuge in nearby shops, until the Taliban chased them and beat them with rifle butts.

The Taliban also beat up journalists.

“Unfortunately, the Taliban who are part of the intelligence services came and fired into the air,” Zholia Parsi, one of the organizers of the demonstration, told.

“They dispersed the girls, ripped off their banners and confiscated the cell phones of many of them,” she added.

Women’s demonstrations to demand more rights are increasingly rare in the capital, especially after the arrest at the beginning of the year of organizers of these demonstrations, some of whom have been detained for several weeks.

After returning to power in mid-August 2021, the fundamentalist Islamists have gradually eroded the freedoms that women won in the last 20 years, after the fall of their previous regime (1996-2001).

The Taliban have imposed a series of restrictions on civil society, many of which are intended to subject women to their fundamentalist conception of Islam.

In the latest restriction, in early May, the government published a decree, approved by the supreme leader of the Taliban and Afghanistan, Hibatullah Akhundzada, which made it mandatory for women to fully cover their bodies and faces in public.

The Taliban said they preferred the burqa, the usually blue full-face veil with a mesh to hide the eyes, which was already mandatory under their first government.

However, they indicated that they would tolerate other types of veils that only show the eyes.

They also mandated that, unless they have a compelling reason to go out, it’s “better for women to stay home.”

In the last two decades, Afghan women had gained freedoms, going back to school or applying for jobs in all sectors.

Currently, they have been pushed out of most public jobs or have received pay cuts and stay-at-home orders.