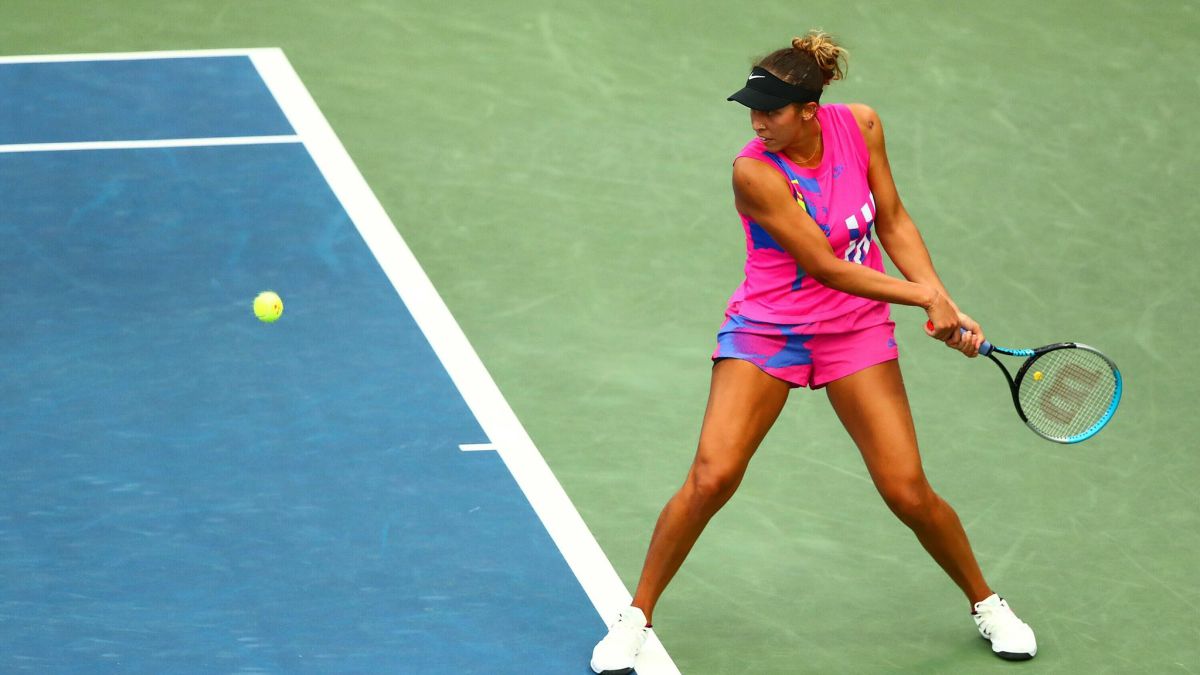 Madison Keys tested positive for COVID and will miss Australia

The most powerful typhoon to hit the country this year crashed ashore in the city of Bordeaux in Quezon province before nightfall on Sunday and then weakened as it moved through the night into the main Luzon region, where thousands people were moved to emergency shelters, some by force, authorities said.

Governor Daniel Fernando of Bulacan province, north of Manila, said five rescuers, using a boat to help residents trapped in floodwaters, were hit by a collapsed wall and apparently drowned in the raging waters.

“They were living heroes who were helping to save the lives of our compatriots in the midst of this calamity,” Fernando told the DZMM radio network. “This is really very sad.”

On Polillo Island in the northeastern province of Quezon, a man was injured after falling from the roof of his home, authorities said.

A resident swims along the strong waves as Typhoon Noru approaches the coastal slum of Tondo in Manila, the Philippines, on Sunday, September 25, 2022.

More than 17,000 people were moved to emergency shelters from high-risk communities prone to tidal waves, flooding and landslides in Quezon alone, officials said.

More than 3,000 people were evacuated to safety in the greater Manila area, which was hit by strong winds and rain overnight. Classes and government work were suspended this Monday in the capital and surrounding provinces as a precautionary measure, although the morning sky was sunny.

All northern provinces of Aurora and Nueva Ecija, which were hit by the typhoon, remained without power on Monday and repair crews were working to restore power, Energy Secretary Raphael Lotilla told President Ferdinand Marcos Jr. in a televised meeting he called to assess damage and coordinate disaster response.

Marcos Jr. praised officials for evacuating thousands of people to safety as a precautionary measure before the typhoon hit, which spared a large number of casualties despite the potentially disastrous force of Noru.

About 20 storms and typhoons hit the Philippines each year. The archipelago also sits on the “Pacific Ring of Fire,” a region along most of the Pacific Ocean rim where many volcanic eruptions and earthquakes occur, making the Southeast Asian nation one of the most disaster-prone in the world.

In 2013, Typhoon Haiyan, one of the world’s strongest tropical cyclones on record, left more than 7,300 people dead or missing, flattened entire towns, swept boats inland and displaced more than 5 million in the central Philippines, very south of Norway.