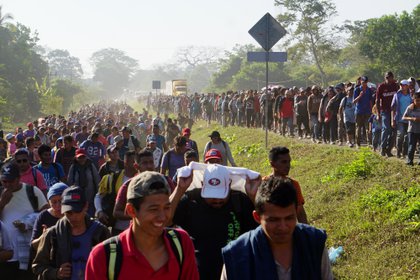 Four days after a delegation from the Federation of Artisanal Fishermen of Santander (Fedepesan) and the Association of Fishermen, Farmers and Producers of the Bodies of Water of the District of Barrancabermeja (Asopesadiba) filed a complaint with officials of the District Mayor’s Office of Barrancabermeja, Ecopetrol, the Regional Autonomous Corporation of Santander (Cas) and the Ombudsman, contamination of the San Silvestre swamp, which has been caused, in large part, by the refinery and the Aguas de Barrancabermeja company, violent attacks against this population have continued to occur.

Specifically, on the night of Monday, July 25, at the house of Luidmila Gutiérrez, three armed men forced their way into the place, They intimidated her and forced her to stay still, while her son watched the scene with fear.

According to the story of Juan Camilo Delgado, an environmental engineer from the Regional Corporation for the Defense of Human Rights (Credhos), an organization that provides legal, political and crisis situation support to the artisanal fishermen of Barrancabermeja, after enter the house, men “They proceeded to requisition the house, they demanded cash from her (Luidmila). She says that they lasted approximately one hour in the house, she is sure of two subjects who entered, but she presumes that there was someone else outside. They stole money, a cell phone and Luidmila’s motorcycle”.

Ludmila Gutiérrez is part of Asopesadiba and is the wife of Oswaldo Beltrán, belonging to Fedepesan, and who led the visit last Friday to the contamination points in the San Silvestre swamp.

You may be interested in: Yuli Velásquez and the environmental fight for the San Silvestre swamp that has cost him three attempts on his life

This Magdalena Medio region has been characterized by the richness of its swampy complexes, which have provided ecosystem services to the communities that have historically settled in its surroundings, and which have allowed their establishment by taking advantage of said services in the development of economic activities. subsistence such as artisanal fishing and small-scale agriculture.

When Infobae Colombia asked the Credhos official if the attack against Luidmila It was in retaliation for the complaints filed by her husband and by Yuli Velásquezpresident of Fedepesan, responded that:

“Well, it is what is presumed, it is beginning to become a systematic fact that after a visit with accompaniment or a complaint made, they attack members of the Federation. There is no certainty, however, it is the third time that Luidmila has been stolen, and on the second they did mention Oswaldo’s name, who was not with her that time either.

Yuli Velásquez, who has been the victim of three attempts on his life for the defense of the environment in Barrancabermeja, alerted the situation of his fellow fighters. “They took a motorcycle, cell phones. LThey told the son of the companero Oswaldo, a 7-year-old boy, that if he didn’t do what they asked, they would crush his mother’s hands. I told this to the public force, but nobody does anything or says anything. We are outside of Barrancabermeja and we don’t even have peace of mind. God save us.”

The San Silvestre swamp in the city of Barrancabermeja is one of the main bodies of water in the region, because in addition to its ecological function as a natural habitat for a large number of biological species, it is the source of water intake for purification and supply of the urban area and part of the rural area of ​​the city.