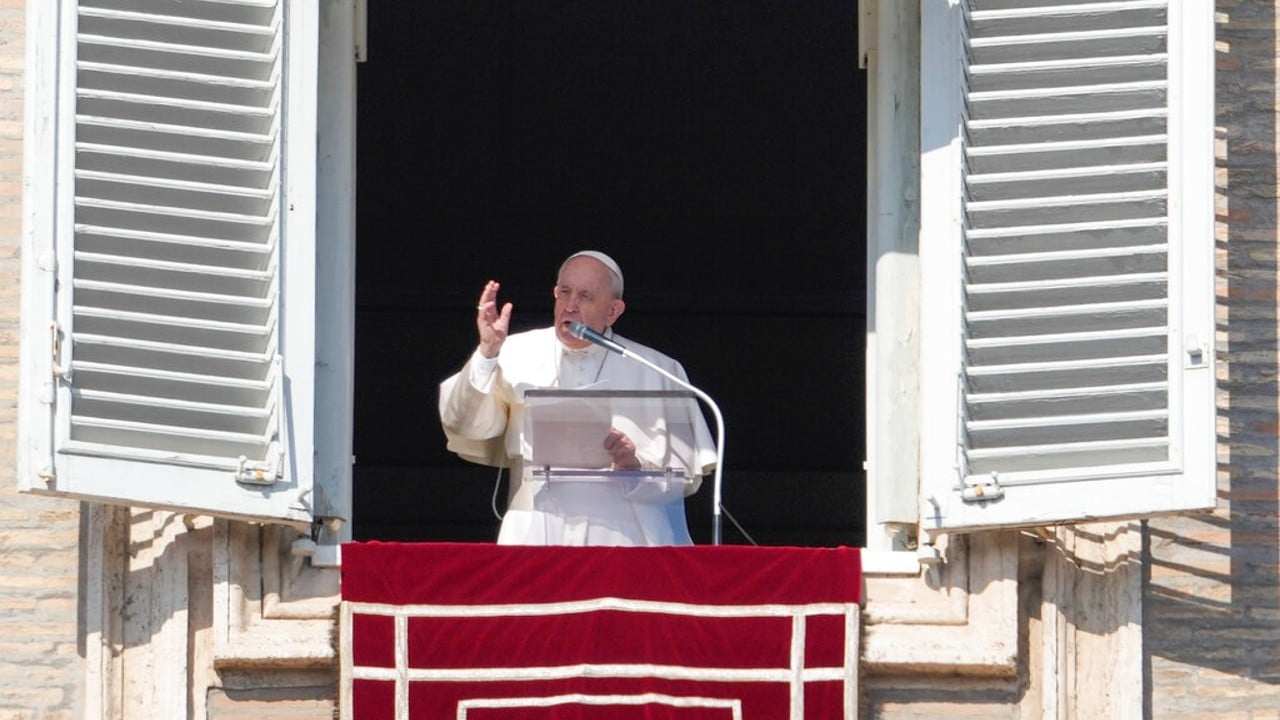 Russian President Vladimir Putin accused the United States on Tuesday of trying to “prolong” the war in Ukraine, and his military denounced an “act of sabotage” following explosions at an arms depot on the annexed Crimean peninsula.

“The situation in Ukraine shows that the United States is trying to prolong this conflict,” Putin said, speaking at the International Security Conference in Moscow.

Washington “is using the people of Ukraine as cannon fodder,” the Russian leader insisted, criticizing the US arms supply to kyiv.

Russia launched the invasion of the former Soviet republic on February 24, hoping to meet little resistance and to overthrow the pro-Western government in kyiv at short notice.

But after failing in its offensive towards the capital, the Russian army has become mired in a war of attrition along a long front in the east and south of the country.

The United States has provided crucial economic and military backing for kyiv, most notably by sending long-range weapons and precision artillery that have enabled Ukrainian forces to attack Russian installations in Moscow-controlled territory.

On Tuesday morning, a military installation in Crimea caught fire, releasing large plumes of black smoke, according to images shared on social media.

The military depot located near Dzhankói, in northern Crimea, “was damaged on August 16 in the morning by an act of sabotage,” the Russian army said in a statement quoted by Russian news agencies.

The army does not point to anyone responsible and specifies that the event did not cause serious injuries. Previously, he had indicated that the fire started at 06:15 local time and caused the detonation of the stored ammunition.

A week ago, one person was killed and five were injured in similar explosions at a Russian airbase in Crimea.

Ukraine has not directly claimed responsibility for these incidents, but senior officials and the military have hinted at their involvement.

Ukrainian presidential adviser Mikhailo Podoliak said on Tuesday that the latest explosions in Dzhankoi were a “reminder” that “Russian-occupied Crimea is explosions of ammunition depots and a high risk of death for invaders and robbers.”

Annexed by Russia in 2014, the Crimean peninsula has played an important role as a base for the offensive on Ukraine.

Meanwhile, in the eastern region of Donbas, the epicenter of the conflict, Ukraine denounced that Russia has launched a “massive” offensive from an oil refinery in the recently captured city of Lysychansk, in Lugansk province.

In neighboring Donetsk province, which is also part of Donbas, one woman was killed and two others wounded in a Russian attack, according to the Ukrainian presidency.

This important mining region in the east of the country, the scene of a conflict with pro-Russian separatists since 2014, is almost completely under Moscow’s control.

On the other hand, on the southern front, in the Kherson region, tension continued around the Zaporizhia nuclear power plant, the largest in Europe, occupied by Russian forces since the beginning of March.

This Tuesday, the French president, Emmanuel Macron, spoke by telephone for an hour and twenty minutes with his Ukrainian counterpart Volodimir Zelenski about the situation at the nuclear power plant.

The French presidency indicated that it will give an account of the exchange during the course of Tuesday.

In the midst of these hostilities, a first ship chartered by the United Nations managed to set sail on Tuesday from southern Ukraine loaded with grain for Africa thanks to an agreement reached in July between Moscow and kyiv with the mediation of Turkey.

This agreement, supported by the UN, includes the lifting of the Russian blockade of the Ukrainian ports in the Black Sea and the establishment of safe corridors through the maritime mines placed by kyiv.

The Brave Commander ship left the port of Pivdenny with 23,000 tons of grain for Djibouti, where it will be distributed to Ethiopia, Ukraine’s Ministry of Infrastructure said.

Since the signing of the agreement, fifteen ships have managed to leave Ukraine with cereals, but this is the first UN humanitarian ship to do so.

The Ukrainian ministry hopes that “two or three” additional ships chartered by the World Food Program will soon leave.

In addition to disrupting the world grain market and raising the risk of famine in many countries, Russia’s invasion has caused an economic, political and cultural clash between Moscow and most European capitals.

In this context, the Prime Minister of Estonia, which was also under the control of the USSR, announced on Tuesday that her government had decided to remove the Soviet-era monuments from the country.

“As symbols of repression and of the Soviet occupation they have become a source of growing social tensions,” Kaja Kallas wrote on Twitter, following similar decisions in Poland or Ukraine itself.