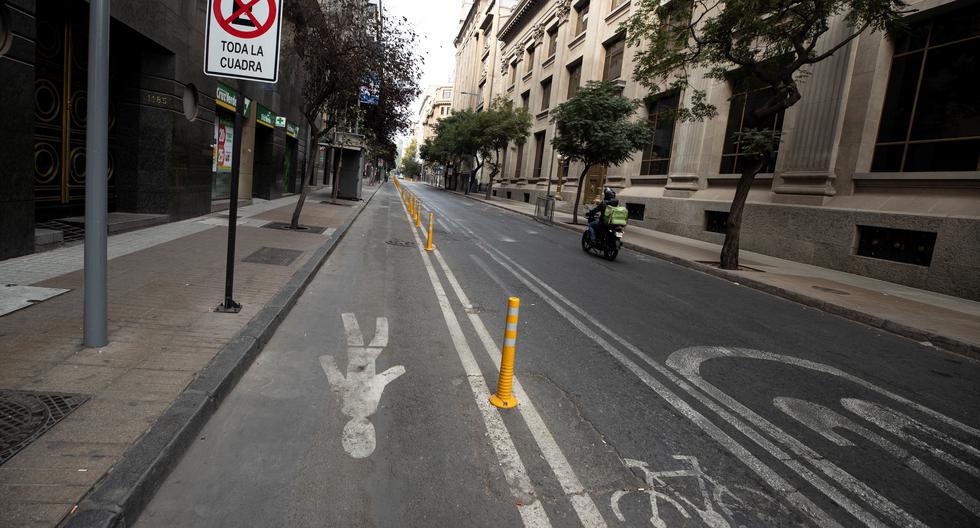 Chile again surpasses the barrier of 8,000 daily cases of coronavirus

During the night of Tuesday, in the Britalia sector, in the south of Bogotá, there were some distressing moments, after a patrol car was attacked with blows and stones by a group of enraged people in the middle of the riots that occurred in that sector in the midst of the national strike, which has already completed a week.

In a shocking video that circulated on social networks, it is shown how a group of uniformed members of the available police force is attacked by several people during riots, while they try to drag one of their companions who, apparently, was injured in the middle of the excesses.

In the middle of the attack the mob knocked the policeman down to the ground, where they hit him several more times with stones and even his own bolillo. taken away by citizens who interfere in the riots.

However, another group of people defend the uniformed man and prevent him from being beaten further during the outrage. In this way, they manage to lift him off the ground, and although again the other citizens who attack him try to remove his helmet to hit him more, the people who protected him manage to get him to safety with the other patrollers.

About this case a citizen contacted Infobae Colombia and he narrated that the uniformed man was one of the group that tried to protect the CAI of the Britalia neighborhood, who were attacked without a word by a group of vandals that ended up causing serious damage to the place.

“The Esmad agents were guarding the CAI since early in the afternoon, but Around 8 pm, protesters began to arrive and without a word attacked them, their objective was to set the place on fire. While some citizens managed to drive the CAI agents away by attacking them with sticks and stones, others entered and set it on fire. It should be noted that the patrols who work there had already retired hours before, “he said.

Later there were the distressing moments that were recorded in the video, when the vandals corner the uniformed men, including the policeman who is the victim of the attacks when he is lying on the floor, while other protesters protect him and manage to get him to safety with his companions.

“It is worth clarifying that the police present were thin and young. When they arrived I managed to see some faces and They were very young, they gave the impression of not being patrolmen with a lot of experience or experience. They only had the basic protection equipment: bolillo and riot shield, they did not have tear gas, stun guns, or markers “added the citizen.

In her account, the citizen pointed out that the terrifying moment came to an end when the support of Esmad agents arrived.

“Later the Esmad reinforcements arrived in motorized patrols, they were indeed armed. Just by their presence they dispersed the demonstration. However, some protesters managed to obtain some elements of the agents’ equipment such as their riot shield, ”the citizen concluded.

Following the riots on Tuesday night, 15 CAI of the city were vandalized, In one of them, the one in the Aurora sector, also in the south of Bogotá, the group of police officers who were in the place had to flee when some vandals set fire to the place with the uniformed inside.

Upon leaving the site, they were beaten by citizens who participated in the disturbances in that sector.