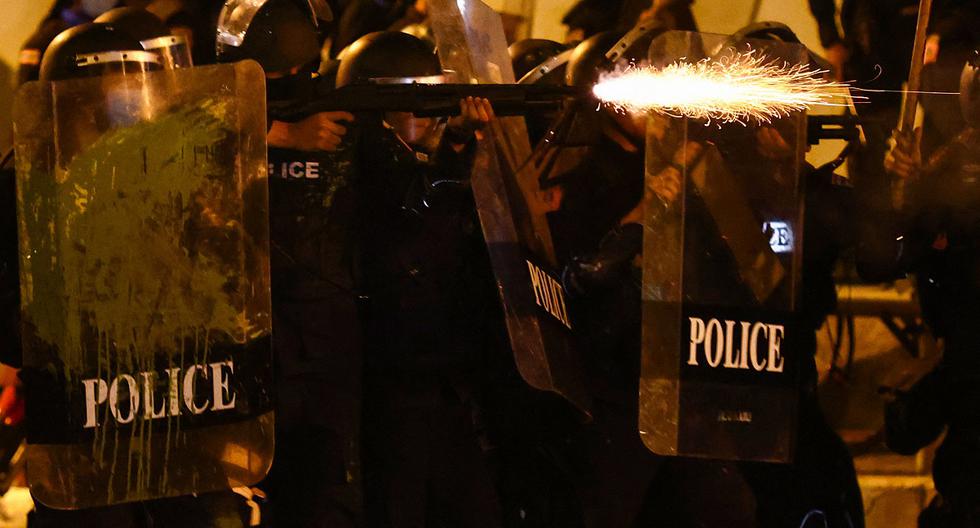 From occupying all of Ukraine to increasingly localized offensives to capture city by city. From a maximum of two weeks to a military campaign without deadlines: the reality on the ground and the strong resistance of Ukraine have forced Russia to redefine its strategy twice in a hundred days of war operations.

“Ukraine has twice forced Russian President Vladimir Putin to lower his military targets,” the US-based Institute for the Study of War (ISW) said this week.

First, Ukraine defeated Russia in the battle for kyiv, with Russian forces unable to take the Ukrainian capital and depose President Volodymyr Zelensky in a hit-and-run operation.

The first reality check was suffered by Putin and the Russian General Staff with the attempt to take the Hostómel airfield, 35 kilometers from the capital, with 200 paratroopers, who were surprised by the Ukrainian Armed Forces, who knew their plans and they managed to quickly retake control of the airport.

The second blow to the Kremlin and Defense Minister Sergei Shoigu is the destruction of Russian armored cars, artillery and other vehicles by Ukrainian troops when the convoy tried to advance into the kyiv region in a kilometric column and fully exposing itself. towards the capital.

At the end of March, there was no other way than to give up the objective of occupying the capital and with it the seats of Government and Parliament, and the Russian Army withdrew from the kyiv and Chernigov regions, both in the north of the country. .

FIRST CHANGE: WITHDRAWAL FROM THE NORTH

The withdrawal exposed the terrible devastation and mass graves in what Ukraine has denounced as “war crimes” in towns around kyiv, such as Irpín, Bucha or Borodyanka, massacres that Moscow has categorically denied.

That was the first time that Russia had to change its strategy.

“The military potential of the Armed Forces of Ukraine has been significantly reduced, which will allow us to focus our attention and our greatest efforts on achieving the main goal, the liberation of Donbas,” Defense Minister Sergei Shoigu justified on 29 November. March withdrawal.

In parallel, on the southern front, Russia was more successful. At the beginning of March the Russians took control of the city of Kherson -the only provincial capital taken in the hundred days of military offensive-, with Berdyansk and Melitopol.

They also began the siege of the strategic port city of Mariupol, key to the creation of the long-awaited land corridor from Donbas to the annexed Crimean peninsula.

At the end of April, Russia considered Mariupol, in the southeast of Ukraine, belonging to the Donetsk region, in Donbas, to have been taken, a symbol of the Ukrainian resistance and of the greatest humanitarian catastrophe so far in the special military operation.

With the commercial and fishing port in Russian hands, Russia de facto had its land corridor, despite the more than 2,400 Ukrainian soldiers and fighters who would still resist until May 20 at the Azovstal steel mill, keeping some 20,000 Russian soldiers busy. in order to delay the final offensive on Donbas.

The shift in the strategy of “liberating” all of Donbas – an important industrial and mining belt – did not achieve the expected results either.

The Ukrainian resistance stopped the alleged large encirclement of the kyiv troops by the Russian forces in various directions in Luhansk and Donetsk simultaneously, from the south, north and east.

“We are not running to meet a specific deadline,” Russian Security Council Secretary Nikolai Patrushev said last week as a justification for Russia’s slow advance in Ukraine, while Shoigu maintained that the pace of the offensive was “deliberately slowed down.” “to save civilian lives.

Putin has been forced to focus in recent weeks on completing the takeover of the Luhansk region alone, where pro-Russian separatists controlled about a third of the territory before the military campaign. Now they do 95%.

“The Russian invasion of Ukraine that was intended to take and occupy the entire country has turned into a desperate and bloody offensive to capture a single city, while defending important but limited gains in the south and east” of the country, the ISW said.

He is referring to Russia’s ongoing offensive to take the city of Severodonetsk in Lugansk and the three defensive lines set up by Russian forces in the south, which are currently the subject of a Ukrainian counter-attack in places.

The fall of Severodonetsk, the last major city still in Ukrainian hands in this region, would allow Russia to declare full control of Luhansk.

Russian troops have been unable to advance on any other axis for weeks.

The Russians are making very limited progress in the territories still under kyiv’s control in the Donetsk region, and have had difficulty breaking the line of contact established before February 24 when Putin launched the Russian military intervention.

The initial plan to go down from the city of Izium to the south, towards Sloviansk and Kramatorsk, -the two main cities in this region under Ukrainian control- has been stalled for weeks, although the General Staff is already warning of Russian preparations to resume the offensive.

Whether Putin will have to change strategy a third time will depend on developments on the battlefield, but Ukraine has already warned that it only hopes to have enough powerful and heavy weapons from the West for a counteroffensive.