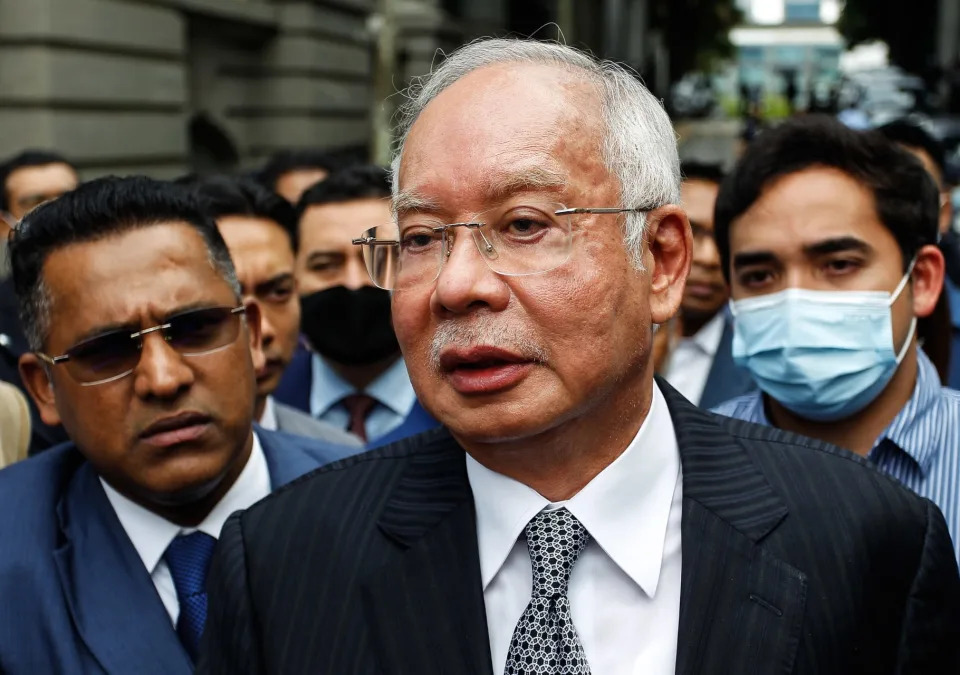 Kuala Lumpur, Aug 25 – Former Malaysian Prime Minister Najib Razak returned to court this Thursday to face a second trial for corruption two days after he was imprisoned after being sentenced to 12 years, while the hope of a pardon remains in his environment.

In his first public appearance since entering prison last Tuesday, Najib went to the Putrajaya Federal Court where he now faces four counts of using his position to receive bribes totaling 2.3 billion ringgit ($513 million) from the government. state fund 1Malaysia Development Berhad (1MDB) and 21 other accusations of money laundering.

According to the Bernama news agency, Najib entered the Malaysian Federal Court unhandcuffed, after arriving escorted by police vehicles.

Since his imprisonment after the judges unanimously rejected his appeal against his conviction for the misappropriation of 42 million ringgit (9.9 million dollars or 8.8 million euros) from the 1MDB fund, the speculation about a possible pardon or a sentence reduction for the former president.

Former Prime Minister Mahathir Mohamad said in a statement today that it is “highly likely that (Najib) will be pardoned after being jailed”, especially if his party, UNMO, wins the elections scheduled for 2023.

The day before, some 200 people gathered in front of the National Palace in Kuala Lumpur, seat of government, to demand a pardon for Najib, who held the head of government for nine years, until he was replaced by Mahathir in 2018.

According to the constitutional lawyer New Sin Yew, Najib has 14 days from the moment of the sentence to petition for pardon and thus be able to keep his parliamentary position, which he currently holds.

“If the request is accepted, he will remain as a parliamentarian, and depending on what the pardon says, he may be released from all the sentences that have been pronounced against him,” the constitutional expert told the BFM radio network.

The 69-year-old former president governed the country from April 2009 to May 2018 and pleads not guilty to the accusations related to the 1MDB, he must also pay a fine of 210 million ringgit (46 million dollars or 47 million euros). ).

The crimes that are attributed to the former leader are abuse of power and trust and money laundering for the diversion of millions to his private accounts.

In addition, Najib faces four other trials and dozens of charges for this case of corruption of the sovereign wealth fund, which splashed former Goldman Sachs bankers accused of accepting bribes and laundering billions of dollars from 1MDB, according to a judicial investigation in the United States.

The 1MDB corruption scheme came to light in 2015, when a journalistic investigation exposed the multi-million dollar siphoning from the state fund to the private accounts of Najib, the fund’s founder and then Prime Minister of Malaysia.

According to police investigations, Najib and his associates diverted 4.5 billion dollars (4.532 million euros) from the investment arm of the Malaysian state to their private accounts, a scandal that led to his fall from power after losing the May 2018 elections. .

Najib, the first Malaysian president to go to prison, belongs to an important political clan as the son of one of the founding fathers of Malaysia, Abdul Razak Hussein, prime minister between 1970 and 1976.