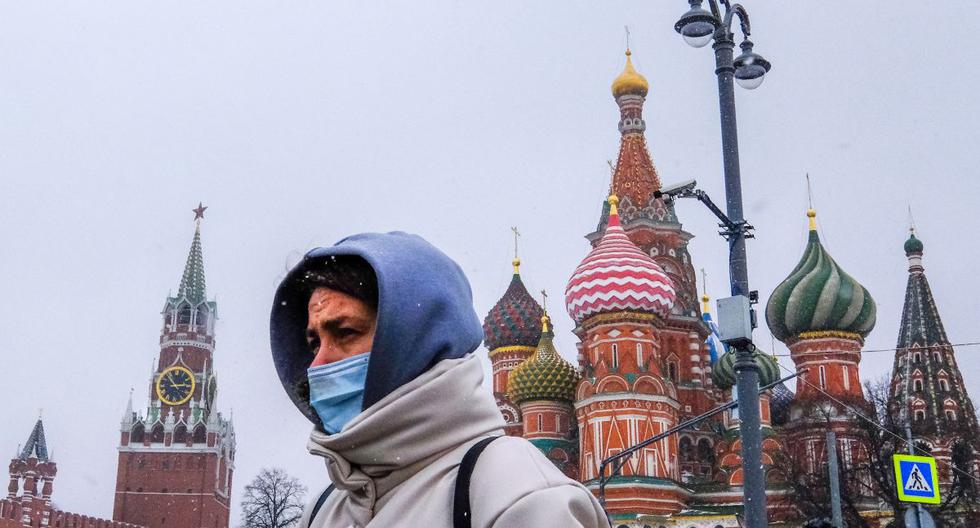 Marven, known as “Lady Tacos de canasta”, the transgender woman who rose to fame on social media in 2016, after she was caught on video screaming in a deep voice the sale of her basket tacos at the LGBT + Pride March in Mexico City: “taaacos, taacos de canasta, los tacos”, has now reappeared with a new controversy.

The cook originally from Villa de Etla, Oaxaca, is a muxe person, a Zapotec term that refers to the gender that defines a male person from the isthmus region, assuming roles traditionally associated with established feminine identity and behavior, in any of the social, sexual or personal spheres. The presence of more than 3,000 Muxes is estimated in the Zapotec region of the Isthmus of Tehuantepec.

In 2017, Marven became a trend again when he had a confrontation with elements of the capital’s police, who tried to take away the bicycle where she sold her basket tacos in the Zócalo of Mexico City and was discriminated against. In this video, she is seen exasperated and confronting a policewoman whom she angrily indicates “Don’t call me sir, because I’m not a sir.”

READ ALSO :
Last September, Lady Tacos de Canasta had her bicycle taken away with her merchandise in the Zócalo of Mexico City (Video: Twitter)

The video quickly went viral and Marven became so popular on social media that they even began to invite her to multiple television shows to publicize her story and her work as a taco, extolling the qualities of street food.

Even with enough accumulated fame, “Lady Tacos de canasta” was invited in 2019 by the content platform Netflix to appear in chapter 9 of the documentary series The taco chronicles, where he narrates the history and preparation of this popular style of taco. With his participation in the project, Marven gained more fame even in other countries and with the success obtained, he was able to partner to open his first taco de canasta restaurant in the Narvarte neighborhood of Mexico City.

Now he’s back in trends because in the most recent episode of Masterchef Mexico, issued this Friday, January 15, One of the challenges consisted precisely in preparing basket tacos, so viewers began to question on social media why they had not invited Marven, who is considered an important figure in this area of ​​Mexican gastronomy.

Knowing that he had become trending topic, it was Marven herself who revealed that she was invited to the reality show, but she showed that they addressed her in masculine, when on several occasions she has requested to be spoken to in accordance with her gender identity.

In your account Twitter published the invitation sent by the production of TV Azteca to participate in the famous cooking show. With the text “Why don’t we always appear in the Tacos de canasta de MasterChef Mexico. Gossip, ”Marven shared the invitation.

This can be read in the document dated October 20, 2020: “Señor Francisco Marven (Lady Tacos). Present. We hereby invite you to participate as a special guest … “

Without giving more details, the cook he dedicated himself to retweeting various messages that denounced the discrimination to which he was subjected: “Respect people and their identities”, “What a shame of pronouns”, “Why do people ask what happened, if the lack of empathy in the way of communicating by the person who wrote that text is evident”, “Mr . It is net? Isn’t Jacqueline L’Hoist supposed to work at Azteca?”, “OKAY. For cis people who don’t see it: They’re referring to her as male from the front line and throughout the document. This is not a typo”Are just a few of the multiple messages Marven retweeted before writing:

“They made a gossip that not even the case, nobody spoke of the document, it does not affect me that they call me sir because we Mexicans did not have the education to treat other genders. The recording was canceled due to the issue of the pandemic ”, a message that left his followers disappointed. At the moment the cook has not revealed more details regarding the cancellation of her participation in the program.

Muxes, the third genre that monopolizes the last cover of Vogue