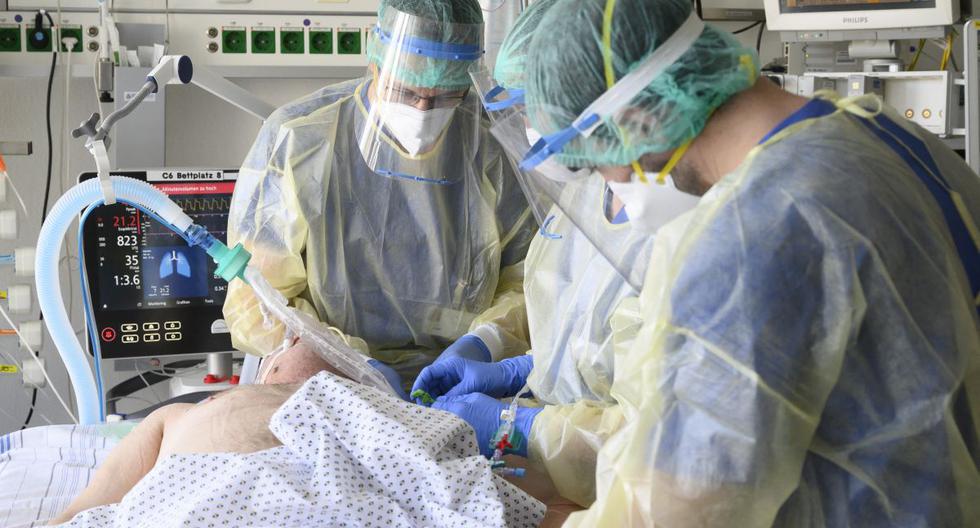 Germany registers 306 deaths from coronavirus in one day and 20,407 new infections

Ukraine and Russia have accused each other of being Nazis on the eve of Victory Day , which commemorates the end of World War II, amid fears that Russian President Vladimir Putin will formally declare war on Kiev during Monday’s military parade. in Red Square and provoke a further escalation of the conflict, which has now lasted 75 days.

The president of Ukraine, Volodimir Zelenski , has assured this Sunday that Ukraine is part of the free world and a united Europe , while Russia is isolated, after participating for the first time in the meeting of G7 leaders.

The G7 leaders reiterated this Sunday their commitment to gradually eliminate dependence on Russian energy , “which includes eliminating or prohibiting the import of Russian oil,” according to a statement from the Group, made up of the United States, Germany, Canada, France, Italy, Japan and the United Kingdom.

People in Vladivostok take to the streets to watch the annual parade marking Russia's 1945 victory over Nazi Germany.

This year's parades aim to justify Russia's war in Ukraine, which has gone on longer and cost more than Moscow expected pic.twitter.com/l2aeMeRfAj

RUSSIAN OFFENSIVE ON DONETSK AND LUGANSK : The Ukrainian Armed Forces have assured this Monday that Russia continues to try to establish control in the separatist regions of Donetsk and Lugansk and is focusing its offensive there. Thus, he has indicated that, in these regions, Russia “does not stop the offensive trying to establish total control over the territory.” “The greatest activity of the Russian occupiers is observed in the directions of Slobozhansky and Donetsk and there is a high probability of missile attacks throughout the country,” he said in a message on his official account on the social network Facebook. As reported by the Ukrainian Army, in Izium, the Russian troops are focused on preparing for the continuation of the offensive in the directions of Sulyhivka – Nova Dmytrivka and Sulyhivka – Kurulka. In addition,

UKRAINIAN FLAGS ON EUROPE DAY: The President of the European Commission, Ursula von der Leyen, has reported that European buildings have been illuminated with the Ukrainian flag overnight from Sunday to Monday to celebrate Europe Day, which is commemorated every May 9.

BRITISH INTELLIGENCE ON RUSSIAN AMMUNITION: “At the beginning of its invasion of Ukraine, Russia publicly promoted its ability to carry out surgical strikes and limit collateral damage. It claimed that Ukrainian cities would therefore be safe from bombing. However, as the conflict continues beyond Russian pre-war expectations, Russia’s stockpiles of precision-guided munitions are likely to have been largely depleted, forcing the use of readily available but aging munitions. that are less reliable, less accurate, and easier to intercept. Russia is likely to have a hard time replacing the precision weaponry it has already expended. The Russian invasion of Ukraine has revealed deficiencies in its ability to carry out large-scale precision strikes. Russia has subjected the towns and cities of Ukraine to intense and indiscriminate bombardment with little or no regard for civilian casualties.”