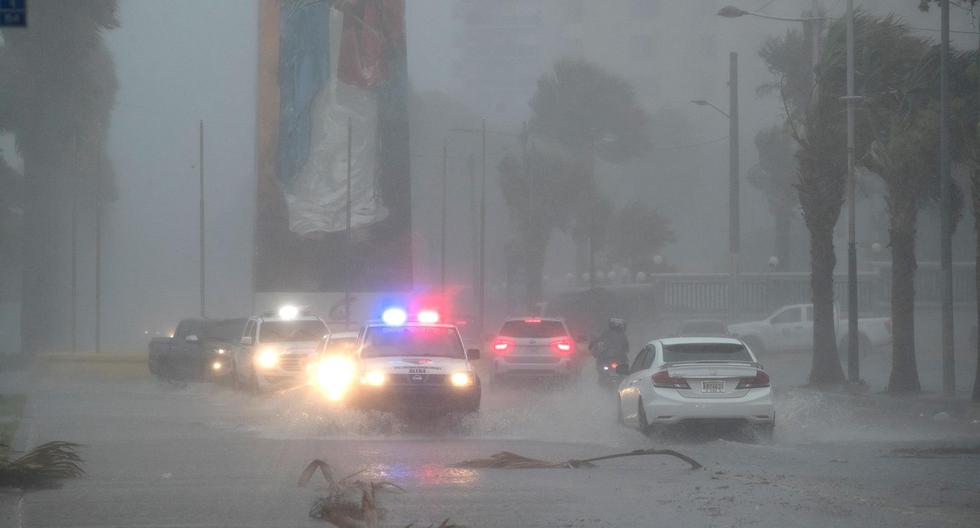 Dominican Republic evacuates more than 1,300 people due to rains

Global alarm for a new wave of COVID-19: restrictions grow due to the advance of Ómicron and pressure increases on the unvaccinated

Several European countries strengthened sanitary measures as the end of the year holidays approach or are about to do so. The Netherlands will return to confinement this Sunday until January 14

One week from Christmas the restrictions on the Omicron variant are multiplied againof the coronavirus , with a lockdown in the Netherlands, and the cancellation of parties and the closure of cultural sites in other countries, while the pressure on the unvaccinated grows.

The variant, identified a month ago in South Africa, It has been detected in more than 85 countries and is advancing rapidly in Europe, where it could become dominant by mid-January., according to the European Commission.

Several European countries strengthened sanitary measures as the end of the year holidays approach or are about to do so.

In the Netherlands a lockdown will begin on Sunday , Prime Minister Mark Rutte announced yesterday. All non-essential shops, restaurants, bars, cinemas, museums and theaters must close until January 14.

In the United Kingdom, which recorded a record number of infections for the third consecutive day (93,045 cases), the mayor of London, Sadiq Khan, said he was “very concerned” about the spread of omicron, dominant in the British capital, and launched an alert procedure to coordinate public services.

In France, the government asked mayors to cancel concerts and fireworks scheduled for New Year’s Eve. In Paris, the cancellation of celebrations on the Champs Elysees was announced this Saturday.

In Ireland, bars and restaurants must close at 8:00 p.m. from Sunday, and the measure will continue until the end of January.

Denmark is closing for a month (from Sunday) theaters, cinemas and concert halls, as well as amusement parks and museums.

On the American continent, Québec is going to apply limits to the number of people in bars, restaurants and shops.

In New York, which in 2020 was the global epicenter of the pandemic, Brooklyn restaurants are closing one after another due to an increase in infections.

On Broadway, the famous theater and musical district, there are scenes of panic due to the cancellation of functions due to positive cases in the cast.

In Asia, South Korea reinstated mandatory closing hours for cafes, restaurants, cinemas and other public places on Saturday, and private gatherings must be limited to four people.

Travel restriction measures also came into effect over the weekend.

Some European Union (EU) countries, such as Ireland, Portugal, Italy and Greece, require European travelers, including those vaccinated, to present a negative test for covid-19.

Germany, which on Friday classified France and Denmark as “high risk” areas, will impose a quarantine period on unvaccinated visitors. Starting Sunday, the measure will also apply to Norway, Lebanon and Andorra. In addition, it classified the United Kingdom as a very high-risk country for COVID-19 so those arriving from the United Kingdom will have to do a mandatory two-week quarantine, including people vaccinated or cured of COVID-19.

German regions on Saturday called on the central government to suspend traffic from the UK.

Turkey will send 15 million doses of coronavirus vaccines to Africa, President Recep Tayyip Erdogan announced on Saturday, adding that the low vaccination rates on that continent were a “disgrace to humanity.”

The measures are accompanied by increasing pressures on people who are not vaccinated, which in some cases go beyond the obligation to inoculate.

In Los Angeles, all city employees, including police and firefighters, who have not received an exemption for medical or religious reasons, will be required to be vaccinated as of Saturday under penalty of being placed on administrative leave.

According to the mayor’s office, just over 43,800 of the employees, or 79% of the total, were up-to-date with their vaccinations this week.

According to NBC television , about 80% of Los Angeles police officers are vaccinated against covid-19 and more than 2,500 requested exemptions.

Last Friday, a US federal court reinstated mandatory vaccination for employees of large companies, as requested by the government , after it was suspended in November by a Texas appeals court.

In Switzerland, as of Monday, only people vaccinated or recovered from the virus will have access to restaurants, cultural sites and sports and entertainment facilities, in addition to any indoor events.

A similar requirement will come into force in France at the beginning of next year , and a simple negative test will no longer suffice, as unvaccinated people have done until now.

Meanwhile, the vaccination for children was approved in Brazil, after starting to be applied in other countries such as Chile, Canada, the United States, Israel, Italy and Greece.

Portugal, one of the countries with the highest vaccination levels in the world, began its campaign this Saturday to immunize children between 5 and 11 years old.

About 60,000 minors, of the 640,000 in this age group, were registered to receive as of this weekend a first dose of Pfizer’s pediatric immunizer.

In France, vaccination of children should start on Wednesday, “if all goes well” said Health Minister Olivier Veran on Saturday.

Pharmaceutical Pfizer announced on Friday that it intends to test the third dose of the vaccine in children under five years of age, which could lead the company to submit a request for authorization to apply three doses in that age group.

One of the metrics epidemiologists use to measure the transmissibility of a virus is its effective reproduction number, or R, the average number of people that an infected person can infect. This value varies from one place to another depending on the levels of immunity and the public health policies applied to control transmission. The higher the value, the more transmissible the virus will be.

Susan Hopkins, who heads the UK Health Security Agency, told lawmakers in the British Parliament last Thursday that her agency estimates the R omicron value to be between 3 and 5. The overall R value of the epidemic in the UK it’s between 1 and 1.2, he said.

In fact, the WHO warned yesterday, Omicron is spreading rapidly in countries with high vaccination rates. or where a significant proportion of the population has recovered from COVID-19.

As detailed by The Wall Street Journal , Omicron’s higher transmissibility is a combination of several properties : it is able to more easily bind and penetrate human respiratory cells; it replicates faster once inside our body; and can substantially evade immunity gained from previous infections or vaccines.

These advantages mean that Ómicron is spreading around the world at a dizzying rate.

As the omicron variant gathers momentum in Europe and the United States, scientists are revising their expectations for next year’s COVID-19 pandemic.

Some experts are not entirely ready to give up hope that some parts of the world will emerge from the pandemic next year. “Even though that immunity isn’t that good against omicron, it doesn’t mean it’s worthless. And that immunity is more effective against serious disease than against contagion, ”said Dr. David Dowdy, an infectious disease epidemiologist at Johns Hopkins.

Until now, most studies on the efficacy of omicron vaccines have focused on neutralizing antibodies, which attach to the virus and prevent it from entering and infecting cells. Results of blood tests from fully vaccinated people show that omicron has learned to escape neutralization; a booster dose could restore that protection.

T cells of the immune system, which destroy infected cells, also appear to still be able to recognize the variant. Many experts believe that this second line of defense will prevent hospitalizations and deaths.

“There are still a lot of people who are susceptible” because they haven’t been vaccinated yet, said Dr. Celine Gounder, an infectious disease specialist at New York University. That was one of the reasons he believes it will be some time before the world transitions from pandemic to COVID-19 endemic, he added.

In the meantime, living with COVID in 2022 will likely mean assessing local risks and protecting yourself through vaccination, masking, and social distancing. “When I go to the store this afternoon, what helps me is knowing how much COVID is in my community,” said Dr. Robert Wachter, chairman of the Department of Medicine at the University of California, San Francisco.