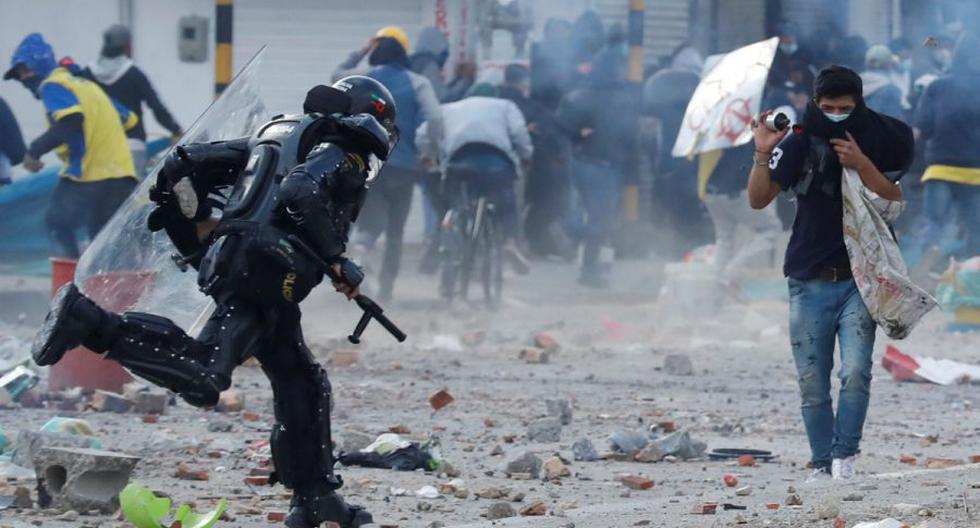 Organizations denounce 59 homicides in a month of protests in Colombia

The construction of two radars for civilian use by INVAP that will be exported to Nigeria and located in the main airport of that African country, “allows us to be competitive internationally,” said the assistant manager of the Defense, Security and Environment area of ​​that company, Micaela Rodrigo.

Invap and the company Jampur International FZE, from the United Arab Emirates, signed days ago the contract for the provision of two primary mobile 3D radars for civil use, model RPA-200MC to be located in Nigeria, “provision that will also include the training of personnel who He will operate them, ”said Rodrigo.

These are mobile equipment that can be used both in the normal control of commercial aviation as well as in air security, for aircraft that fly without identifying themselves or without communicating with the authorities, explained Rodrigo when referring to the agreement that marks a milestone for Río Negro in the technology export.

“Last March, a contract was signed at the Invap headquarters with the national air force for the provision of radars with this technology as well,” he recalled in dialogue with Télam.

“At that time we said, well, this technology, the good thing is that it allows us to be competitive internationally; with which today we can that it was like that ”, he assured.

Regarding construction times, Rodrigo said that for “this contract the provision is 24 months, which means that in two years the radars in Nigeria must be operational.”

“In any case, it is not something that we are starting from scratch, we are already with something advanced, in addition to having the experience of having provided the Argentine air force and also meteorological radars, which gives us an experience in this area that makes development times may be less and less, “he said.

This radar model, in its mobile and civilian version, is the most recent addition to the family of RPA radars developed by the Rio Negro technology development company.

Its modular design and transmitters distributed in the antenna, allows it to operate 24 hours a day, 365 days a year, with high availability and minimal maintenance.

They can also be operated remotely and are integrated “into traffic management systems (ATM) and command, and multi-sensor control, minimizing the staffing required to operate it,” specified the Invap engineer.

“It is a civil control radar, for airport control, but what is added is that it has a primary antenna, this means that they are more similar to those of the national air force, which allows detecting all aircraft that he is flying, whether he wants to collaborate or not, that is why they are more defensive radars in general ”, he explained.

“Being able to sign and be able to export is really a very important milestone, beyond the fact that for Invap we already have other exports, but, for the government area that we precisely develop, radars are the first export,” said Rodrigo.