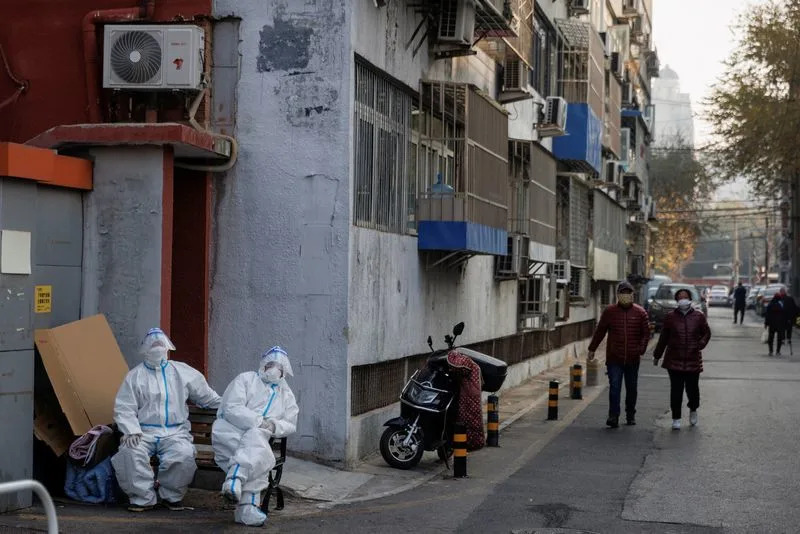 Ivo Daalder, a former US ambassador to NATO, is president of the Chicago Council on Global Affairs and host of the weekly podcast “World Review with Ivo Daalder.”

As I have spent the past week in Brussels, Berlin and London, meeting with European Union, NATO and other government officials, I have been plagued by widespread anxiety about the United States, particularly if the polls predicting a Republican victory in the midterm elections prove be true.

Overall, I heard two concerns: One focused on how Washington’s growing attempt to disengage from China and tackle climate change was leading to new protectionism, with new subsidies for US-produced electric vehicles (EVs) and batteries. , and new restrictions. in semiconductors topping the list. The other concerned growing fears that a Republican Congress could end critical US support for Ukraine.

Europeans are right to be uncomfortable with the conduct of US trade and foreign economic policy.

For all its buy-in from allies and partners, the administration of President Joe Biden has not done enough to restore a sense of balance to its economic relationships with allies in Europe and Asia. The US-EU Trade and Technology Council is little more than a chat room, with a senior EU official asking, “Where’s the beef?” And the Indo-Pacific Economic Framework has little to show for itself.

Meanwhile, recent US actions now point to a return to the unilateralism and protectionism characteristic of the previous administration of former President Donald Trump. Many in Europe had initially welcomed the renewed US commitment to combat climate change, but are now concerned that a fight that should be global in nature is being pitted against US industrial policy and concerns about China. against the very allies and partners that Washington needs to succeed.

These concerns are exemplified by the passage of the Inflation Reduction Act (IRA), which aims to curb inflation and promote clean energy. The IRA’s broad incentives to develop clean energy and electrify vehicles are currently closed to European and Asian companies, though not to North American ones, even though the European electric vehicle market is open to cars produced in the United States.

The same is true for semiconductors. Washington’s decision to ban all US-originated content in semiconductors from the Chinese market has caused much consternation, although extensive consultations leading up to the announcement eased some of the outspoken criticism.

The underlying differences here have less to do with end goals than how to achieve them. Europe is accelerating its own energy transition away from Russian fossil fuels, and it also faces stiff competition from Chinese companies, which benefit from generous state subsidies. Instead of cooperating to compete more effectively with China, however, US policies are seen as pitting US companies against those in Europe and Asia.

Of course, Europe is not without blame either, with many, particularly in Germany, insisting that China remains a key trading partner, despite all evidence to the contrary.

For example, after forcing the sale of a stake in the Hamburg container port, Foreign Minister Olaf Scholz traveled to Beijing this week to meet with President Xi Jinping, accompanied by a large delegation of business leaders. Even as Berlin reduces its reliance on Russian gas, it is deepening its reliance on the Chinese market, and it is not alone in this.

Yet despite these frictions over trade and China, the officials I spoke with were universal in their praise for Biden and his administration’s handling of the war in Ukraine. Efforts to arm and support Kyiv, strengthen NATO, and sanction and isolate Russia have been successful thanks to close consultations and strong American leadership, but there is growing concern that this, too, will not last.

Recent warnings from House Republican Leader Kevin McCarthy that his party will no longer write a “blank check” in support of Ukraine have raised real fears that Kyiv could fall victim to deepening polarization. In the USA.

And, indeed, there is reason to worry about how a Republican takeover of the House would affect the continued financial commitment to support Ukraine. After all, 57 House Republicans—and 11 Republican senators—voted against the latest major aid package for Ukraine, reflecting the growing “America First” attitude among rank-and-file Republicans. And their number is likely to grow with the election.

Thus, a new vote to support Ukraine would have to rely on Democrats for a majority, something previous Republican speakers have loathed to do.

But when push comes to shove, support for Ukraine may turn out differently.

Despite warning that “people are going to be sitting in a recession and not writing a blank check to Ukraine,” McCarthy himself voted to help the country. His counterpart in the Senate, Mitch McConnell, has also consistently led the fight for more military aid and, following McCarthy’s statement, called for “speeding up” air defense, long-range rockets, and humanitarian and economic support.

Republican opposition to supporting Ukraine is also wildly out of step with American public opinion. A recent Chicago Council Poll found that nearly three-quarters of Americans support continued military and economic aid to Ukraine, with a large majority (58 percent) saying support should continue “as long as it takes.” even if food and fuel prices continue. rise as a result. (Though a more recent poll shows that Republicans increasingly believe the United States is doing too much to support Ukraine.)

Finally, if the midterm results call future House support for aid into question, the Biden administration and Democratic congressional leaders will still have the option of pushing through a large military and financial aid package through of the lame duck session that will follow the elections, before the seat of the new Congress early next year.

Overall, the challenges we face now, whether from Russia, China, or climate change, can only be overcome if the US works with its allies and partners in Europe and Asia. The time for “America First,” or “Germany Alone,” for that matter, has passed. Now is the time to unite.