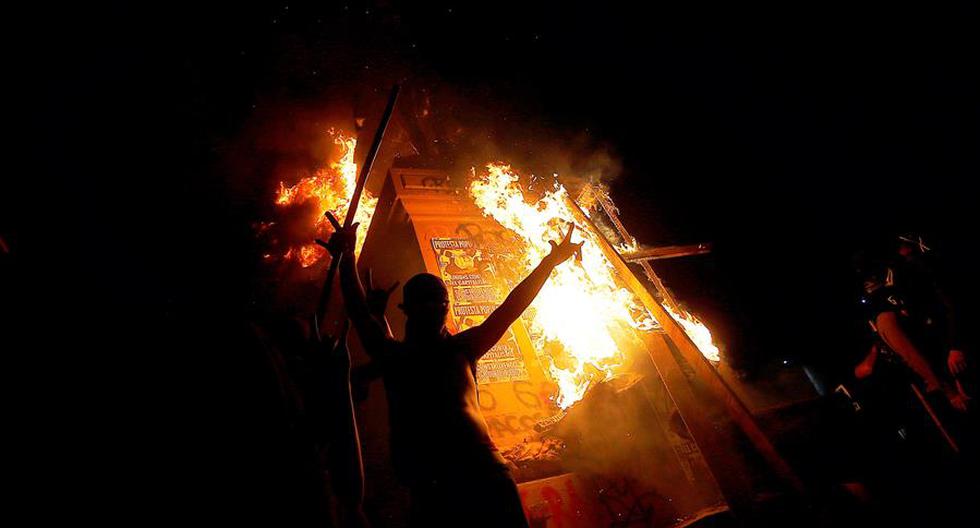 The young man was injured the same day that the Brayan Niño case occurred. Witnesses indicate that he was beaten inside a police station. The Mayor’s Office requested the removal of the commanders of two stations in the municipality.

A new death in the framework of the demonstrations occurred in Madrid, Cundinamarca. After spending eight days in critical condition at the San Rafael de Facatativá Hospital, Elvis Vivas, the 24-year-old young man who according to witnesses would have been attacked inside a police station in the municipality, died.

“He was in a peaceful march, when the Esmad tank went to all the boys who were there regardless of attacking them. When the Police intervened, they took my son and took him to the Peace Police inspection. He got in well and was beaten, they left him dying on the street, ”the young man’s mother told the Foundation of Defenders of the dignity of the BAKIA peoples.

Witnesses point out that the young man was attacked by uniformed men when he tried to get away from the group of protesters, at the time when Esmad attacked them, despite the fact that the demonstration was peaceful.

Videos that have been broadcast in recent days also show how about 10 police officers beat him at the scene. On the way to the station, they continue to beat him, while he tells them “no more”, just as another of the recordings shows that he was inside the station and sitting on the floor, still conscious, shortly before they found him in the floor of a street.

“He was a person full of dreams, friendly, laughing, hardworking and happy, but he was taken from us. My nephew did not die, they killed him, “the uncle told Noticias Caracol when he was young. Vivas was found with considerable injuries all over his body, for which he was taken to the Facatativá Hospital.

Given the reprehensible fact, the mayor of Madrid asked the Prosecutor’s Office for speed in the investigation of the two murders, including that of Brayan Niño, who died from the impact of tear gas in one eye, as well as the Cundinamarca Police open an investigation for the different attacks that were reported on May 1 in the municipality.

In the same way, they asked the commander of the Cundinamarca Police, Carlos Castro, to transfer the commander of the central station, Lieutenant Wilder López, and the one from the Sosiego station, Lieutenant Dany Castro, until it is clarified what happened and those responsible for both deaths are found. “We have insisted since Monday, May 3, early in the morning and we will continue to insist that there be speed and results in the investigations,” said Mayor Andrés Tovar.