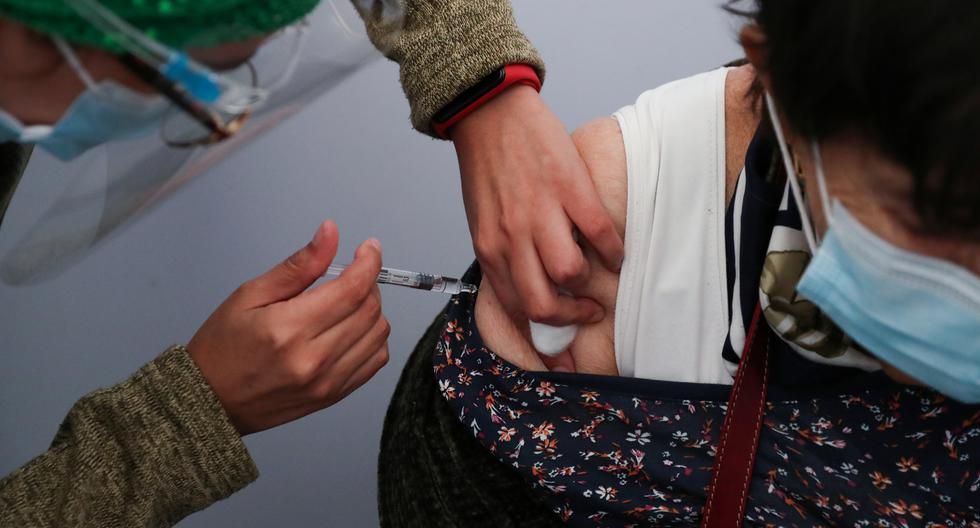 Chile approves use of Chinese CanSino vaccine against coronavirus

It was one of the great attractions of the 2020 MotoGP World Championship preseason. The vehement dialectical battle that the top leaders of Ducati and Honda fought over the recent successes of the Golden Wing factory in the queen class. A contest that seems to want to rekindle the Bologna brand if we take the last words of Paolo Ciabatti in ‘Speedweek’ as a reference.

“When you bring Marc Márquez onto the scene, we are talking about an exceptional rider. I don’t want to disappoint anyone at Honda, but I think the 2020 season has shown that Marc Márquez has made a big difference. It cannot be denied that Marc has been the key figure at Honda for the last six or seven years “, Ciabatti begins his presentation before highlighting the good end of the season that Álex Márquez and Stefan Bradl have had on the back of the RC213V and the leadership that Takaaki Nakagami has exercised since the 2020 Andalusian GP: “In 2020 Nakagami has been the best Honda rider most of the time. Alex Márquez certainly performed well in the last third of the season, especially in Aragon he was super competitive. The same goes for Stefan Bradl, who got stronger and stronger at the end of the season. ”

The coronavirus seriously affected the development of the Ducati

The sports director of the Borgo Panigale training has made self-criticism about the performance of the Desmosedici GP20 stating that the coronavirus pandemic prevented the technicians commanded by Gigi Dall’Igna from perfecting the improvements they had incorporated into the transalpine mount: “Due to The way our bike is built, we may have suffered a bit more from the new rear tires than our rivals, especially factories with inline engines like Yamaha and Suzuki. But I don’t want to detract from their performance, because they have done an excellent job. We simply lacked the time to develop our new ideas sufficiently in practice, put them to the test and only then take them to the races. When we played the first races in Jerez, our riders hadn’t gotten on the bike since the Qatar test, five months earlier. In addition, our engineers had been removed from our headquarters for weeks because of the lockdown. ”

Similarly, Paolo Ciabatti sends a message of optimism to the tifossi declaring that the Desmosedici GP21 will be a motorcycle much more balanced and adapted to the Michelin rear tire that will allow Jack Miller, Pecco Bagnaia, Johann to fight for victories and podiums in each race. Zarco, Jorge Martín, Enea Bastianini and Luca Marini: “We have learned our lesson and now we know the reason for these results. We know how to improve the balance of the whole bike. We will all have the same machines from last year on the track in 2021. Nothing will change, not even the tires. But we have much more experience now. Ducati engineers regularly come up with innovative ideas. So they are usually copied by competitors with some delay. The wings were a clear example. And if we look at the past closer, the rear wing comes to mind. Four manufacturers protested after the 2019 Qatar GP. Now you see it on every bike. The same goes for our boot device ‘; Ducati put it on the track in 2018, no other factory had it. Now all manufacturers have followed suit. Same with the height adjuster. We started with this system and now some competitors use it in racing. If they were just original ideas with no practical use, they wouldn’t be so assiduously imitated. “

Asked about the three victories that KTM has achieved in 2020, Ciabatti highlights the impeccable and intelligent work that the test team of the Mattighofen factory carried out in the private tests of Spielberg and Brno to get the RC16 2020 ready before the first appointment in Jerez de la Frontera: “They could do a test at any time, that was an advantage, of course. But it was legal. KTM had permission to do these tests and benefit from their situation. They were doing very intense tests in Spielberg and Brno. It is clear that this helped them in setup (configuration) of the bike at the start of the season. KTM did an impeccable job and was smart about using the regulations. They won three races, one more than us. They have shown that they are already at a very high level. “

In this sense, the Italian leader praises the figure of Dani Pedrosa, describing the Catalan as a super fast rider, with great experience and very fit despite having retired for three years from the top category of motorcycling: “I think having a Tester like Dani Pedrosa has given a lot of impetus to the whole KTM project, he steered development in the right direction. Their commitment has paid off, and KTM has avoided a number of technical errors during the development of the bike. Dani does an excellent job at KTM. It was a good choice. If you have a test driver with so much experience and charisma, you will find solutions faster that will also work with the factory drivers. That way the engineers can focus on the right areas and improve the bike for the benefit of the rider. In 2018 Dani finished his sports career for a number of reasons, but he is undoubtedly still super fast and is very fit. “