After six months of decline, the real estate market of Dubai is recovering, thanks to numerous wealthy foreigners who find in that Gulf emirate an escape route from confinements and other restrictive sanitary measures, thus revitalizing an economy that was convalescing.

Luxury villas – some with a golf course – are the most coveted, and many Europeans look to Palm Jumeirá, an artificial island in the shape of a palm tree.

Despite the frequent appearance of large houses and colossal towers on the “horizon” of Dubai, one of the largest real estate markets in the region, many properties were not finding a buyer. The sector had problems since 2014.

The closure of borders due to covid-19 transactions paralyzed, “but shortly after the lockdowns we saw an increase in sales, and it has not stopped since then”, explains Zhann Zoshinke, director of the Property analysis firm, specialist in Dubai.

Contrary to what happens in other Gulf countries, the economy of Dubai, one of the seven United Arab Emirates, is no longer based on oil but on tourism, commerce, finance and real estate, which in 2019 represented just over 7% of its GDP.

The authorities opted for a reopening to tourists in July 2020, with strict sanitary measures, including one of the largest vaccination campaigns in the world.

Despite a rebound in cases after the Christmas holidays, life in the emirate continued without major restrictions, with restaurants and hotels open.

“We see here many escaped from confinement in other countries,” confirms Zoshinke, adding that it is now easier to obtain residency and that foreigners can own 100% of a company in Dubai.

The flow of foreigners boosted tourism in particular, making companies return to the level prior to the covid in April, according to IHS Markit.

That same month, real estate transactions of properties for amounts greater than 10 million dirhams (about 2.23 million euros, about 2.72 million dollars) reached 90, according to Property Monitor, which records between 350 and 400 sales per these annual amounts.

In April, there were 81 buyers in Palm Jumeirá, against 54 in 2020. A mansion sold for almost $30 million, record of recent years on the artificial island.

Today, the jewel of the market is a modern, 1,309 m2 Italian-style villa – a 60-meter beach, white marble, a huge swimming pool and a cinema included – located at the end of one of the palm fronds. Price: 26 million dollars.

“I think people see that Dubai is no longer a construction site, like it was a decade ago, when it held the world record for cranes.” Said Matthew Bate, director of BlackBrick, the agency that sells this property.

He explains that buyers now take up residence here and remotely manage their businesses in Europe, North America or Asia.

But will this increase continue after lockdown? The market is far from pre-2014 records and the apartment sector lagged behind luxury mansions, with many semi-empty towers left despite the construction frenzy.

However, Morgan Stanley analysts are optimistic: “a strong demand, a cap on supply and delivery times for new projects could further improve the market in the coming years.”

A recent report by the US bank says that “with a wave of government reforms, attractive property rates and a shift in demand due to COVID-19,” the emirate’s economy will continue to shine. 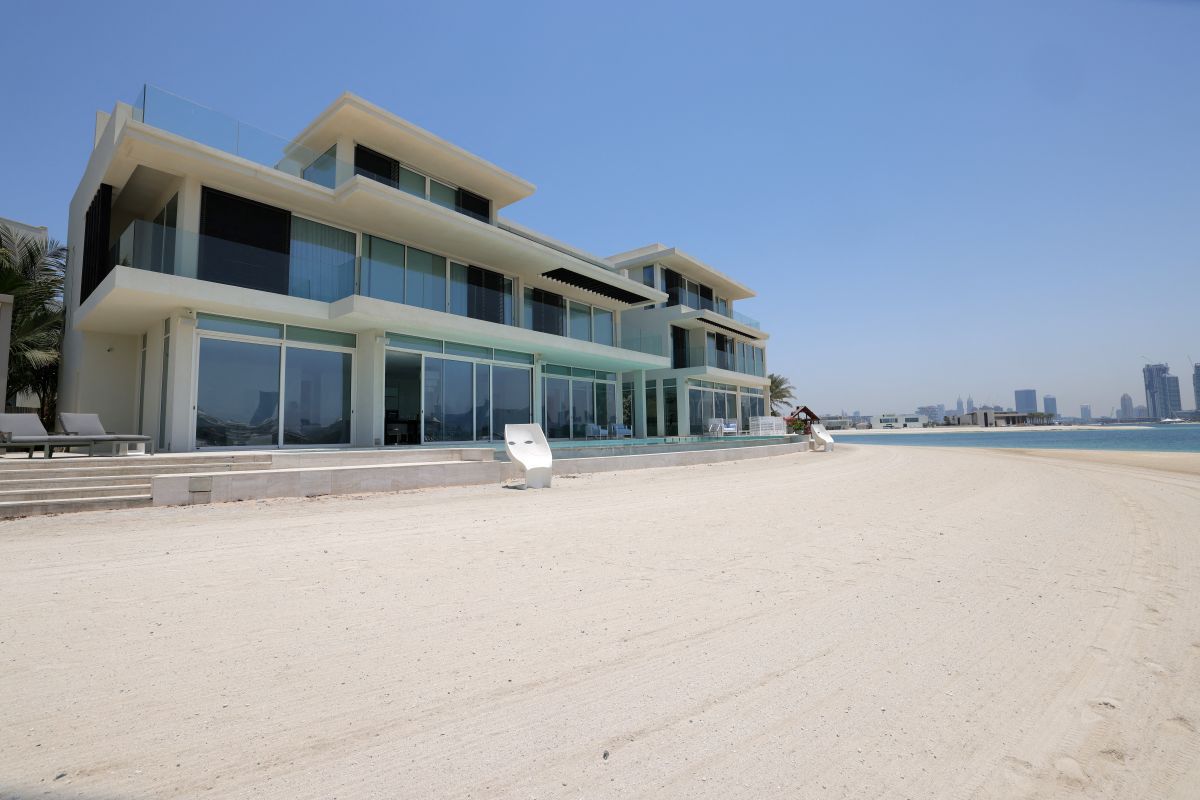 Luxury villas for sale on one of the man-made islands of the Palm Jumeirah.