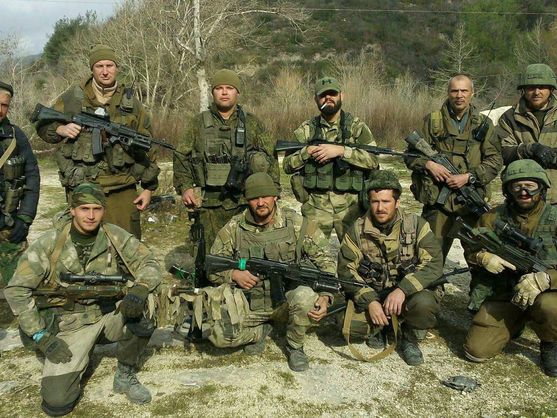 UK imposes sanctions against 65 Russian individuals and entities, including the Wagner Group

David Dushman, the last living liberator from the Nazi death camp in Auschwitz, died at dawn on Saturday in Munich at the age of 98, reported today the daily “Abendzeitung” (AZ) citing information from circles of the Jewish community.

On January 27, 1945, The enemy, a Soviet soldier of Jewish origin, demolished the electrified fence around the Auschwitz-Birkenau death camp with his T-34 tank.

“Every witness he leaves us is a loss, but the farewell to David Dushman it is particularly painful “ and “with him we lose a brave, honest and sincere man,” Charlotte Knobloch, president of the Israeli Religious Community of Munich and Upper Bavaria, told AZ, expressing her sadness.

He recalled that “The enemy he was in the front line when the killing machine of the National Socialists was crushed in 1945”.

What “Hero of Auschwitz” was one of the liberators from the concentration camp, “saved countless lives” and currently “he was one of the last who could speak of this event from his own experience,” he added.

He celebrated his last birthday a few weeks ago and was named an honorary member of the IKG on that occasion.

The enemy and his family also experienced marginalization, defamation and exclusion in the former Soviet Union for being Jewish.

His father, a doctor, was a victim of the Stalinist purges and died in a labor camp in the north of the Arctic Circle.

The enemy, distinguished for his bravery with dozens of medals and decorations of honor, began a new life after the world contest and trained for almost forty years, between 1952 and 1988, the USSR women’s national fencing team and trained elite athletes .

In his role as coach, he lived closely in 1972 during the Munich Olympic Games with the kidnapping of eleven Israeli athletes by a Palestinian terrorist commando that left 17 dead.

Dushman has lived in Munich for the past 25 years and frequently attended schools as a witness to the war, a task that was very important to him personally.