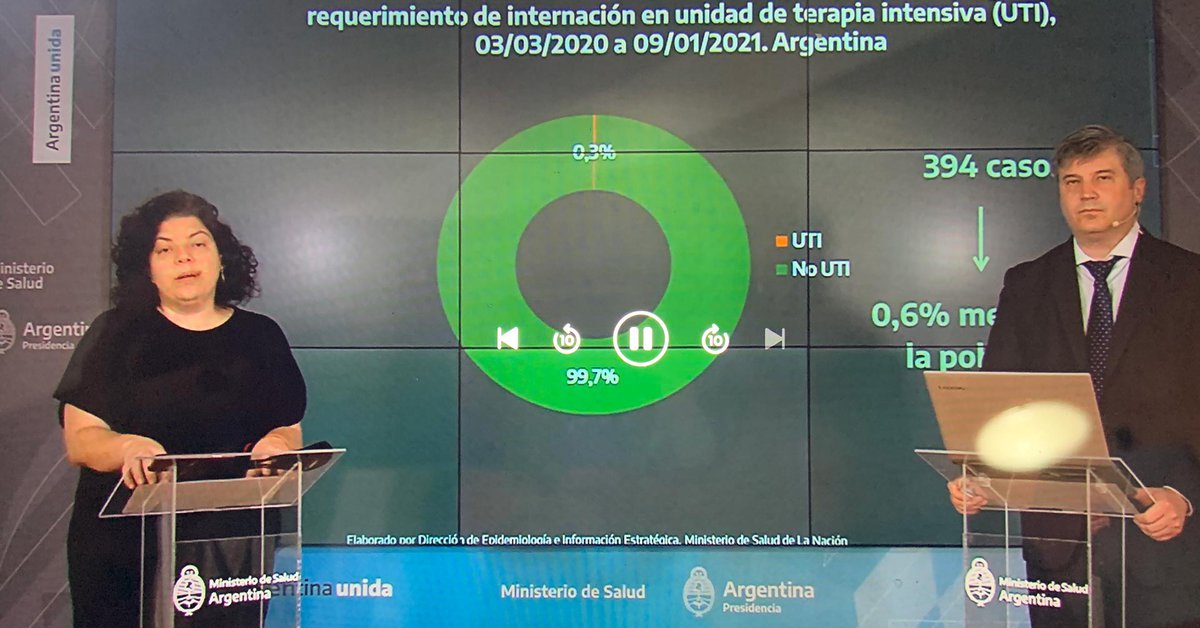 Coronavirus: the Government began to distribute the second dose of the Sputnik V vaccine

China has reiterated its unwavering commitment to its long-standing zero COVID policy, despite growing public frustration the strict measures are costing the very lives they are meant to protect.

Unfounded rumors of an early exit from the costly strategy had sent Chinese stocks soaring last week, but at a press conference on Saturday, Chinese health officials vowed to continue the country’s zero-tolerance approach aimed at eliminating cases. of covid as soon as they break out. .

“Practice has shown that our pandemic prevention and control policy and a series of strategic measures are completely correct, and the most economical and effective,” said Hu Xiang, a disease control official, when asked if China would adjust their Covid policies in the short term. finished.

“We should adhere to the principle of putting people and lives first, and the broader strategy of preventing imports from abroad and rebounds from within,” Hu said.

The announcement dealt a blow to hopes for an easing of restrictions, fueled by unverified rumors on social media that China was forming a high-level committee to move away from zero-Covid. Share prices of Chinese companies listed in mainland China, Hong Kong and the US surged last week as investors eagerly seized on any speculation for a possible easing.

The promise of zero-Covid was also a huge disappointment to the Chinese public, many of whom have become increasingly tired of incessant mass testing, centralized quarantine and strict lockdowns, sometimes lasting for months.

Public frustration and resentment have only increased in recent weeks, after top leader Xi Jinping began his third term in power, breaking the rules, with a resounding endorsement of his zero covid policy.

Tragic cases perceived to be politically related have gained momentum online as people question why it should continue.

On Friday, a 55-year-old woman died after falling from the 12th floor of a gated apartment complex in Hohhot, capital of the northern region of Inner Mongolia. The compound was closed in late October after two cases were reported, with her entrance to her building surrounded by high barricades.

In a widely shared audio message, the woman’s daughter was heard banging on the barricade and crying desperately for help, pleading with community workers to open the barrier so she could run to her mother.

In another video, the daughter is seen kneeling and crying next to her mother, who was lying motionless on the ground, still wearing a face mask.

The desperate scenes sparked a nationwide protest, with a related hashtag amassing 500 million views on Weibo, China’s Twitter-like platform. Local police said in a statement that the woman, who lived with her 29-year-old daughter, suffered from anxiety disorders.

The woman’s death added to a growing list of lives lost during the country’s draconian lockdowns. In another tragedy that sparked outrage across the country, a 3-year-old boy died of gas poisoning on Wednesday at a gated compound in the northwestern city of Lanzhou, after Covid restrictions slowed efforts. rescue.

Experts have warned that China could be hit by a new wave of infections, and a new cycle of government-imposed lockdowns, as winter approaches.

More than a third of those infections were reported in the southern metropolis of Guangzhou. The city of 19 million people is grappling with its worst outbreak since the start of the pandemic, with large swathes of its Haizhu district under lockdown.

At a news conference on Sunday, officials accused some residents of spreading the virus by breaking lockdown rules and removing barriers to going out for daily supplies.

Even in places not under prolonged lockdowns, constant Covid testing edicts and strict travel restrictions have fueled growing discontent.

In Beijing, authorities have kept strict entry requirements for the Chinese capital, home to most of China’s top-level leaders. The restrictions were further tightened in the run-up to the Communist Party Congress in October and have not been relaxed since.

Residents and business travelers have complained about the pop-up on their Beijing health app preventing them from returning to the capital, despite negative Covid test results.

In a telling sign of the extent of public discontent, those who spoke out against excessive restrictions included members of the political elite and nationalist influencers. Tao Siliang, the daughter of Tao Zhu, a former member of the Communist Party’s top Politburo Standing Committee, criticized Beijing’s travel restrictions after the pop-up prevented her from returning home from a trip to the eastern province of Zhejiang.

“For a long time I have been a person with composure, but this time I panicked, because I tasted for the first time the feeling of loss and helplessness of not being able to return to my own home,” the 81-year-old woman wrote in a social media article. social since it was removed.

The troubles of returning to Beijing proved too much for Zhou Xiaoping, a fiercely nationalist and anti-American blogger who was praised by Xi at a conference on art and literature in 2014. In a series of Weibo posts, he openly questioned far-reaching travel restrictions. and criticized propaganda efforts exaggerating Covid deaths abroad.

“What is the meaning of doing this?” he wrote in a post that was later deleted. “The cost of epidemic prevention is not just the economic cost, there are also costs to our livelihoods and lives. Since you (promised) to put people first, you must seek the truths of the facts.”