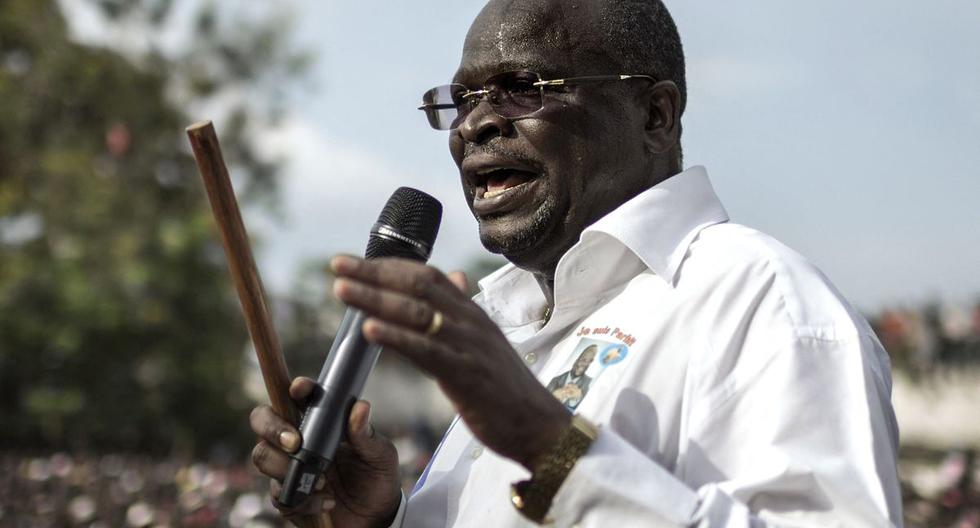 British Prime Minister Boris Johnson resigned from his post on Thursday over scandals that led to an avalanche of resignations, including two heavyweights from his government just on Wednesday.

With no clear successor, various names are circulating as possible candidates to replace him.

Finance Minister Rishi Sunak, the first Hindu to hold the post, was one of
two prominent ministers who resigned on Tuesday. He had once been the overwhelming favorite to succeed Johnson, but lost legitimacy in the wake of a series of scandals.

They revolved around the advantageous tax status of his billionaire Indian wife, which allowed him to avoid paying millions in taxes in the UK, and the US residence permit that Sunak had until last year.

Former Goldman Sachs bank analyst and hedge fund employee, married to the daughter of an Indian tycoon, Sunak, whose grandparents emigrated from northern India to the UK in the 1960s, amassed a sizeable personal fortune before becoming an MP in 2015.

The 42-year-old Brexit campaigner was appointed finance minister in 2020, a key post amid the pandemic, but has been criticized for doing too little
to counter the suffocating cost-of-living crisis.

Former Foreign and Health Secretary Jeremy Hunt, 55, lost to Boris Johnson in the 2019 Conservative leadership election , in which he presented himself as the “serious” alternative.

Since then he is seen as bidding his time and preparing
to re-run, building his support and staying out of the Johnson administration.

A colleague of Hunt and former Conservative Prime Minister David Cameron at Oxford University, Hunt, who taught English in Japan and is fluent in Japanese, is chairman of the Parliamentary Health Committee.

He has a “nice guy” image, although some consider him to lack charisma.

Without mincing words and very critical of the protest movements baptized “woke”, the Minister of Foreign Affairs, Liz Truss, has become very popular in the bases of the Conservative Party.

This 46-year-old woman, who for a decade worked in the energy and telecommunications sectors, was appointed chief of diplomacy as a reward for her work as Minister of International Trade during the British exit from the European Union.

In that position, this great defender of free trade, who voted to remain in the EU before changing sides, managed to close a series of important post-Brexit trade agreements.

Health Minister Sajid Javid was the other government and Conservative Party heavyweight to resign on Tuesday in protest against the prime minister.

The son of a Pakistani immigrant bus driver, he was a renowned banker before becoming Johnson’s finance minister.

He resigned in 2020 and returned to government a year ago. Javid, 52, voted in 2016 in favor of remaining in the EU because of the economic benefits it brought, but later joined the Brexit cause.

Home Secretary Priti Patel, 50, is the most conservative
of Johnson’s ministers.

A strong supporter of Brexit, she also voted against same-sex marriage. She was born in London to a Ugandan-Indian family and has taken a very hard line on immigration.

Despite her promises, the number of migrants arriving illegally across the English Channel is currently at record levels. A great admirer of former Prime Minister Margaret Thatcher, and accused of workplace harassment of her collaborators, Patel worked in public relations before entering politics.

I was delighted to meet with everyone in person at #PFEW22 again and reaffirm my promise to continue championing your cause in Government.

I welcome the @PFEW_HQ back to the table on police pay negotiations. pic.twitter.com/WgiMPmHARa

The chairman of the House of Commons Foreign Relations Committee was the first to openly announce his intention to stand if Boris Johnson resigns or is impeached. A former British Army officer, he served in Iraq and Afghanistan.

Born to a British father and a French mother, Tom Tugendhat, 48, is perfectly bilingual.

Former Minister of Defense and currently Secretary of State for Foreign Trade, Penny Mordaunt, 49, was one of the figures in the Brexit campaign in 2016 and has since worked to negotiate trade deals for the UK.

Regarded as a good speaker, she is thought to be a unity candidate, capable of drawing support from different wings of the Conservative Party.

Portsmouth sees the courage of the Ukrainian people and wants to help. Here are some more ways you can including an appeal from me and @portsmouthnews for tactical gear and equipment. Full spec of kit to follow. Thank you Pompey! @UkrEmbLondon pic.twitter.com/u30p35j8LU