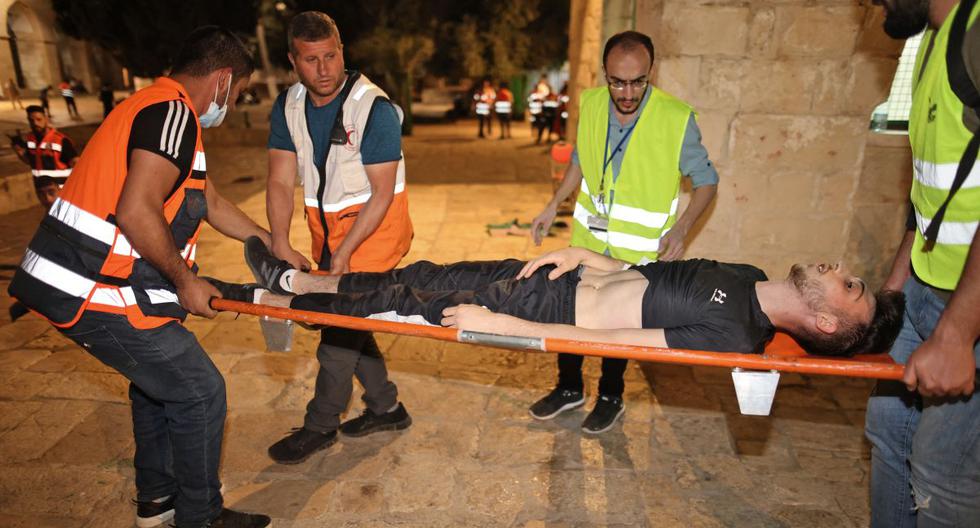 An Israeli kills an Arab in Palestinian protests in Israel

Boris Johnson’s prime ministership, ravaged by a series of scandals, hangs in the balance on Thursday as he battles efforts to force him out of office, even as a growing number of government ministers urged the embattled British prime minister to give up.

The UK woke up this Thursday morning with 50 members of the government leaving their posts, including four cabinet ministers.

The day before, Johnson vowed to keep fighting, despite the shock resignations of his finance minister, his health secretary and dozens of other lawmakers furious at the latest saga engulfing Downing Street: the botched handling of the resignation of the Deputy Leader of the Conservatives, Chris Pincher, who was accused of groping two men last week.

Johnson endured a thrashing on Prime Minister’s Questions and a painful appearance before a parliamentary committee of senior lawmakers in Parliament, before a delegation of cabinet members arrived in Downing Street to ask Johnson to resign.

The question that bothered Boris Johnson in Parliament

But Johnson refused to go down without a fight. On Wednesday night, he fired his close ally and senior cabinet minister, Michael Gove, who sources told GLM had urged Johnson earlier that day to accept that his time was up.

Another key ally, Home Secretary Priti Patel, told Johnson that the general view in the Conservative Party was that she had to go, a source close to Patel told GLM.

When news of Gove’s dismissal broke, a spokesman for Johnson insisted that the prime minister was “in a very good mood”.

Speaking to GLM, Johnson’s parliamentary private secretary, James Duddridge, said Johnson was “fighting because he thinks he can win.”

When asked about Gove, Duddridge said: “I like Michael, Michael has been a great Secretary of State in many ways, he helps the Prime Minister in many ways”, adding that “he will be replaced, we will move on”.

But the spate of resignations raised the question of how a prime minister suffering from such a loss of support could fill all the vacant posts. Five ministers resigned at once on Wednesday afternoon, and by the time the working day drew to a close, Johnson had lost more than three dozen members of his government. By Thursday morning, that number had risen to 50.

The resignations of the government of Boris Johnson

The dramatic disintegration of Johnson’s political career could now be hours away from completion; while he has so far refused to budge, Conservative lawmakers were discussing reworking his party rules and voting to oust him if necessary.

“At some point, we have to conclude that enough is enough,” former Health Secretary Sajid Javid told Johnson in Parliament on Wednesday. Javid was the first of many ministers to resign in the last 24 hours. “I have concluded that the problem starts at the top, that is not going to change.”

An endless series of scandals

Numerous prime ministers have been removed from office by sudden and deadly rebellions within their own parties, with leaders often choosing to resign once the deed is on the wall. But the speed with which the Johnson government has plummeted toward the precipice echoes few episodes in British political history.

Less than three years ago, Johnson won a landslide election victory and then signed Brexit into law, a political revolution that many within his party had clamored for for decades. Even late last year, Johnson was in a healthy position in opinion polls. While the UK has the highest death toll from Covid-19 in Europe, Johnson was buoyed by the popular launch of a vaccine against the deadly disease.

But then scandal after scandal ruined his reputation with the public. He tried to overturn the suspension of an ally accused of misconduct; he was fined by the police for attending one of the many parties that took place in Downing Street during the covid-19 lockdown; he lost two MPs due to sex scandals and then failed to win back his seats in the by-elections; and this week, he admitted that he had been briefed on an allegation against Pincher before he promoted him to deputy chief, despite his ministers and aides initially claiming otherwise.

The Pincher saga was the straw that broke the camel’s back for many of his allies. Johnson narrowly survived a no-confidence motion in early June, but the rebels have threatened to change party rules and allow another vote in the near future if Johnson does not resign, and he is now expected to lose.

Duddridge said Johnson understands that lawmakers who speak out against him could change the rules and ask for another confidence vote, but said a majority against him “is not a given.”

A sullen-faced Johnson wrestled with the prime minister’s questions in parliament and then fielded MPs’ questions at a parliamentary committee meeting, during which even more of his allies garnered his support.

If Johnson resigned, he would start a Conservative leadership campaign with the winner also taking over as Prime Minister.

That person would have to deal with internal problems, such as the cost-of-living crisis that has hit British households, and inherit a host of foreign pressures. Johnson has developed a good relationship with Ukrainian President Volodymyr Zelensky and has been a major player in Europe’s response to Russia’s invasion.