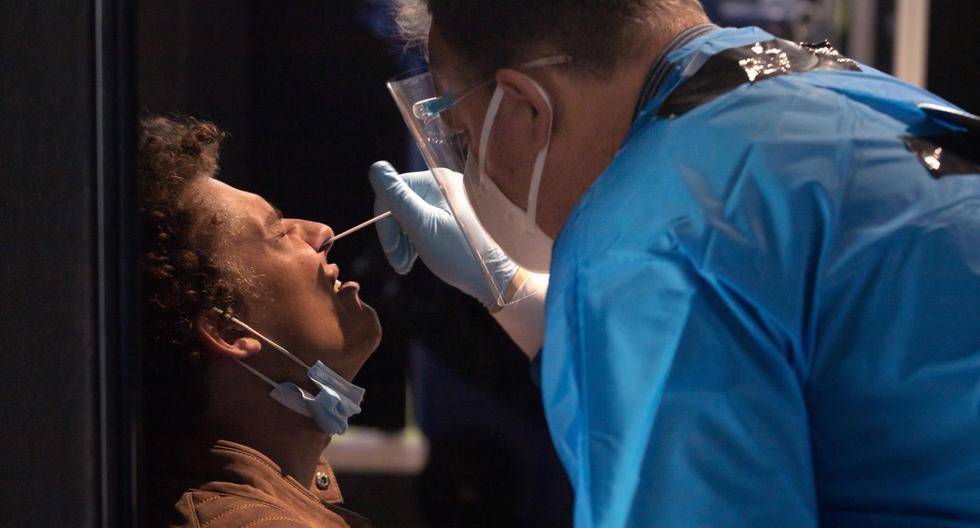 Coronavirus: Delta variant begins to yield to the omicron after 8 months on the rise

The health authorities of Bolivia reported on Monday 72 deaths and 2,152 new positive cases of the covid-19, with which the accumulated data reaches 15,614 deaths and 409,106 infections since March 2020.

Santa Cruz, Cochabamba and La Paz, the regions that make up the so-called central axis of Bolivia, registered the highest number of new infections, with 673, 505 and 345, respectively, according to the report released by the Ministry of Health.

So far 1,556,720 people have been immunized with first doses of anticovid vaccines and 535,671 received the second within the massive government campaign that has reached first-line health personnel, people with underlying diseases, journalists, public transport drivers and over 40 years old.

The drugs applied in Bolivia are the Chinese vaccine Sinopharm, the Russian Sputnik V, Pfizer and Oxford-AstraZeneca.

The country has more than eleven and a half million inhabitants, of which an estimated 7.2 million are the vaccinable group that receives the doses according to a calendar by age.

The third wave of the pandemic that has hit Bolivia for a month has left days with more than 3,000 cases and more than a hundred deaths.

In order to contain contagions in La Paz, the mayor’s office of this city, the seat of the Bolivian Government and Parliament, decided to apply a series of restrictions from this Tuesday and for a week, including hours of movement for pedestrians and vehicles, in addition to the suspension of sports activities and social events.

The determinations were made at a meeting of the Municipal Emergency Operations Committee (COEM) with the participation of sectors such as merchants and transporters, among others, according to a press release from the municipality.

“We are going to appeal to self-control and the Municipal Guard and if necessary we will resort to the public force to enforce the restrictions that were taken in the COEM La Paz,” said the mayor of La Paz, Iván Arias, quoted in the note.

The day was also marked by the controversy unleashed because the daughter of former President Evo Morales, Evaliz Morales, was vaccinated against covid-19 outside the calendar established by the Government.

The verifiers Chequea Bolivia and Bolivia Verifica corroborated the veracity of a vaccination certificate from Evaliz Morales disseminated on social networks that indicates that the young woman, 26, was immunized on May 24, when the vaccination reached only those over 50 years and journalists.

The national government avoided denying or confirming the information, but did announce an investigation in this regard, while the opposition criticized that the young woman has been vaccinated before her time when the elderly and other people have to stand in long lines to access the doses.

Bolivia: The country worships human skulls and forgotten souls with coca and candles