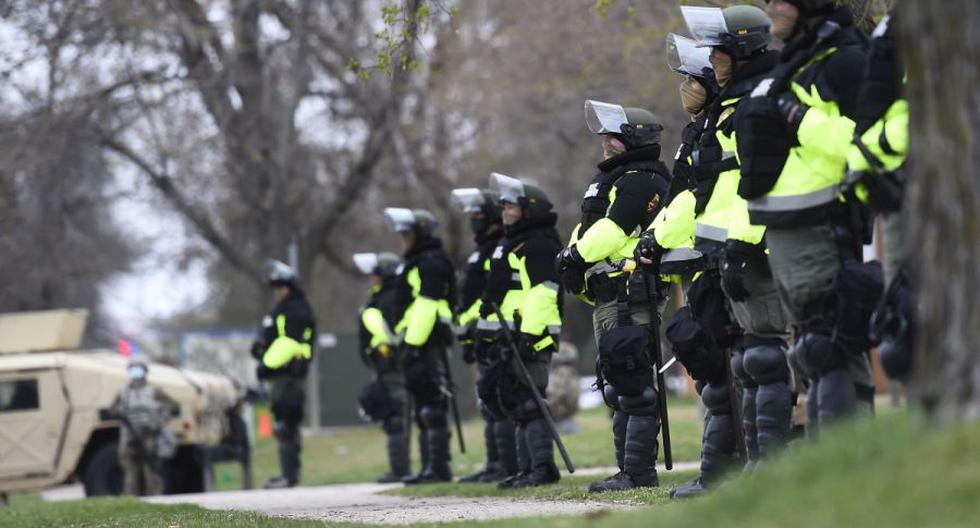 USA: Curfew in Minneapolis for the death of a young African American

More and more Iranian actresses join the protests against the repression of women in that country with the symbolic act of removing the hijab.

At least two actresses, Hengameh Ghaziani and Katayoun Riahi, have been arrested in days gone by for challenging the conservative Islamic regime in this way and, allegedly, sharing “provocative” posts on social media.

In the case of Ghaziani, it resonated more in cyberspace becauseHe shared a video on Instagram in which he warned that this could be his last entry. “This could be my last post (on Instagram). From this moment, whatever happens to me, know that as always, I will be with my Iranian people until my last breath”, read the disturbing message on the network.

For two months now, women in the Middle Eastern country have led protests demanding that their most basic rights be respected.

Las Protests began following the death of 22-year-old Jina Mahsa Amini, a young woman of Iranian Kurdish origin.. The girl, who was arrested in Tehran by Orientation Patrol – also known as “morality police”-, died shortly after in a hospital under unclear circumstances.

the traditional veil or hijab is a symbol of state control not only over the bodies of Iranian women but about his life in general.

According to Amnesty International, in Iran the The use of the veil is mandatory for both women and girls from the age of 7. Many of the females do it against their will or without wanting to, this to avoid being considered criminals.

“The Iranian moral police monitor the entire female population: 40 million, including women and girls. The officers drive all over the city, and they have the power to stop any woman and examine her clothing, taking a hard look at how many strands of her hair are visible, the length of her pants and coat, and the amount of makeup she’s wearing.” , details the website of the international human rights organization.

Punishment for not wearing the veil in public can be detention, imprisonmentfine or lashes.

It is due to the above that the issue has become essential as part of the protests.

“The Islamic Republic of Iran has always used this symbol as its ideological flag. to say that the Islamic society of Iran is like this,” activist Asieh Amini told DW.

Although not only women participate in the protests, it is considered that they command the mobilization since they are the first group to lose their basic and fundamental rights after the 1979 revolution.

Another actress who recently removed her hijab was Taraneh Alidoostiwho also shared an image with her hair exposed on social networks.

precisely this wednesday The United States sanctioned three Iranian security officials by the regime’s crackdown on protests across the country, including the most recent ones reported in Kurdish areas.

The sanctions involve two officers from Sanandaj, capital of Kurdistan province: its governor, Hassan Asgari, and Alireza Moradi, commander of the security forces (LEF), according to the Efe news agency.

The Treasury Department recalled in a statement that when a 16-year-old protester allegedly killed in officers in SanandajAsgari and other officers claimed that he died of an overdose and probably by suicide.

“The Iranian regime has increased its aggressive actions against the Iranian people as part of its continued crackdown on peaceful protests against a regime that denies human rights and fundamental freedoms to its population, especially women and girls,” the Treasury Department said.

The sanctions mean that all the properties and assets of those indicated that are in the US are blocked and Americans are prohibited from transacting with them.