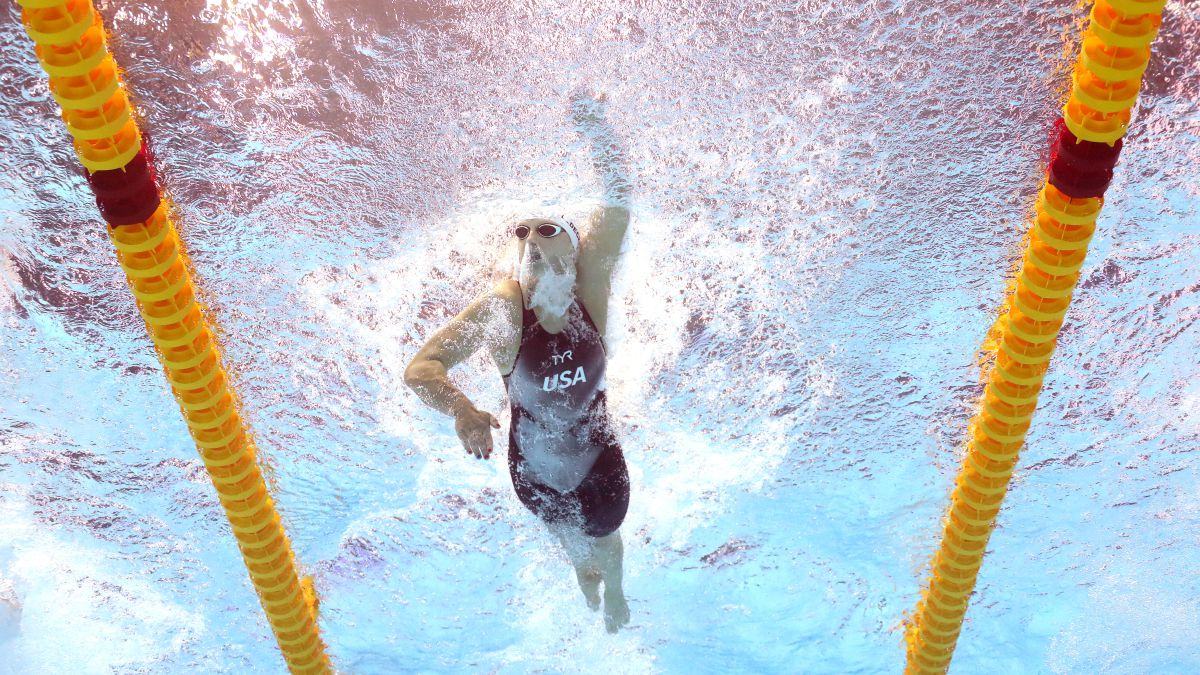 A 13-year-old girl, Precocious than Ledecky

A great ceremonial float with four wheels, with iron elements, bronze and tin decorations, remains of mineralized wood, and traces of organic elements, such as ropes, It has been found almost intact in the archaeological area of ​​Pompeii (southern Italy), the city buried in AD 79. by the eruption of Vesuvius.

The find, of enormous value for the knowledge of the ancient world, occurred in the suburban village in Civita Giuliana, north of Pompeii, beyond the walls of the ancient city, reported this Saturday the Pompeii Archaeological Park and the Torre Annunziata Prosecutor’s Office, who are working together on this project also aimed at combating clandestine looting.

A large ceremonial four-wheeled float was found in the archaeological area of ​​Pompeii (southern Italy). EFE

The float was found “in excellent condition” in the portico of the town, in front of the stable where the remains of 3 equidae had already emerged in 2018, including a harnessed horse and it preserves its iron elements, the beautiful bronze and tin decorations, the remains of mineralized wood, the traces of organic elements.

“It is an extraordinary discovery for the advancement of knowledge of the ancient world”, according to Massimo Osanna, outgoing director of the Archaeological Park, who stressed that “in Pompeii transport vehicles have been located in the past, such as the one from Menander’s house, or the two cars found in Villa Arianna, but nothing similar to the car of Civita Giuliana ”.

The ancient Roman ceremonial carriage near the destroyed city of Pompeii in a picture taken on February 21, 2021. (Pompeii Ministry of Culture / Luigi Spina / via REUTERS)

Is about “A float, probably the Pilentum known from the sources, which is not used for daily use or for agricultural transport, but to accompany the festivities, parades and processions of the community”.

“Pompeii continues to amaze with its discoveries and will continue to do so for many years with twenty hectares still to be excavated. But above all it shows that it is possible to promote it, it is possible to attract tourists from all over the world and at the same time it is possible to carry out research, training and studies ”, said the Minister of Culture, Dario Franceschini.

The minister stressed that the collaboration of different departments “prevented the theft and illegal commercialization of such extraordinary finds.”

The Roman chariot found in the ruins of Pompeii

For his part, the chief prosecutor of Torre Annunziata, Nunzio Fragliasso, assured that “the fight against the looting of archaeological sites, inside and outside the urban area of ​​ancient Pompeii, is undoubtedly one of his priority objectives.”

The project aims to “stop the looting of cultural heritage by illegal immigrants who had drilled several tunnels in the area to intercept archaeological treasures”, as well as “expose and save from the looting action one of the most significant towns in the Vesuvian territory ”.

On January 25, the archaeological site of Pompeii unveiled several treasures discovered in the latest excavations, including some intriguing amulets.

Inside a box, archaeologists discovered dozens of ivory, bronze, ceramic or amber charms, rings and figurines which, apparently, were not enough to protect the city from the fury of Vesuvius.

“It is one of the most curious things that we have discovered in our searches: amulets […] that seem to have belonged to a woman or a man who used magic ”, he explained to the AFP the director of the archaeological park of Pompeii, Massimo Osanna.

Osanna made these remarks on the occasion of the inauguration of the Antiquarium, the renovated museum in which bronze statues, frescoes, gold and silver jewelery are exhibited.

Fresco restored in the city of Pompeii with hunting scenes and Egyptian landscapes. EFE / Archaeological Park of Pompeii

Archaeologists have only uncovered a third of the site, which covers 44 hectares not far from Naples. “Here are some of the most important objects discovered since the 19th century. The Antiquarium transports you through centuries of Pompeii history, until the fatal day of the eruption ”, stressed Osanna. According to him, the space that tells of the last days of the city is “the most impressive section” of the museum tour.

Massimo Osanna, who has run Pompeii since 2014, oversaw a major renovation work funded largely by the European Union, which served to revitalize the place, inscribed on the Unesco World Heritage list, but poorly maintained.

In December, archaeologists announced an exceptional discovery: a “thermopolium”, a kind of fast food street stall in ancient Rome, decorated with polychromatic prints and in an exceptional state of conservation.

A fresco in a “thermopolium” depicting a nymph riding a horse discovered during excavations in Pompeii, Italy, in an image delivered on December 26, 2020.