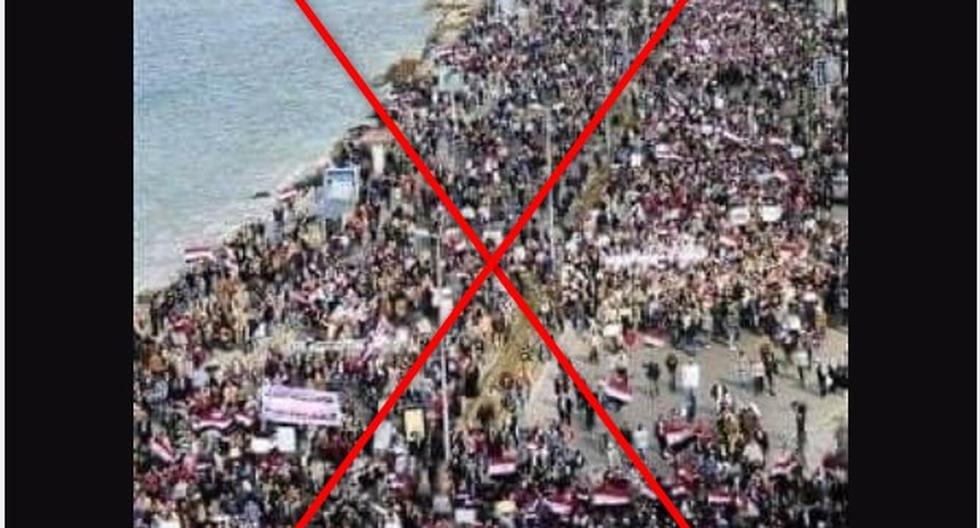 Protests in Cuba: Viral photo is not of the Havana Malecón, it is a protest in Egypt in 2011

Bangkok, Jan 19- Human rights lawyer Amal Clooney has denounced the “legal farce” and the “increasingly evident” campaign by the Philippine Government to silence journalist Maria Ressa, who last week she was charged with cyberdefamation for the third time.

In the latest case against Ressa, on bail, the journalist was charged for an article published in Rappler, the outlet she runs, in which a reporter revealed how students from an elite university bribed their professor to approve their project final, and you can face up to seven years in prison for the case.
Clooney, who leads the journalist’s legal team, criticized in a statement sent to Efe on Tuesday that it is the tenth arrest warrant and the third accusation of Ressa for cyberdefamation, and denounced that it is “the last step in a Increasingly evident campaign by the Philippine Government to silence her and close her news portal. “
“We hope that the defenders of democracy will stand up for the press and that the Philippine judges will put an end to this legal farce,” declared Ressa’s lawyer.
For his part, Ressa stressed that he faces a possible jail sentence for an article that he neither wrote, edited nor supervised – although he supports him for being in the media he directs – and stated that “no journalist should face this kind of chase “for doing his job.
“These renewed efforts to intimidate ourselves only reinforce our determination to protect our rights and demand justice,” said the journalist, named Person of the Year by Time magazine in 2018.
The article, published in January 2020 and still available on Rappler, tells, supported by documentary evidence and testimonies, how several students had paid Professor Ariel Pineda, from the University of San Benilde, in exchange for approving their final project.
Ressa was also accused of cyberdefamation last December for sharing in a tweet a screenshot of an article allegedly defamatory towards businessman Wilfredo Keng, following a lawsuit filed by him last February.
In addition, the 57-year-old journalist was found guilty last June of cyberdefamation for an article published in 2012 on the Rappler portal on corruption in the Philippine judiciary in which the illicit activities of Wilfredo Keng and his alleged involvement in a crime were mentioned. homicide case.
The reputed journalist faces between six months and six years in prison for that sentence, which is under appeal.
Numerous human rights organizations and defenders of press freedom have denounced that Ressa is a victim of judicial harassment orchestrated by the government of Rodrigo Duterte, who has not hidden his animosity towards the medium he runs.