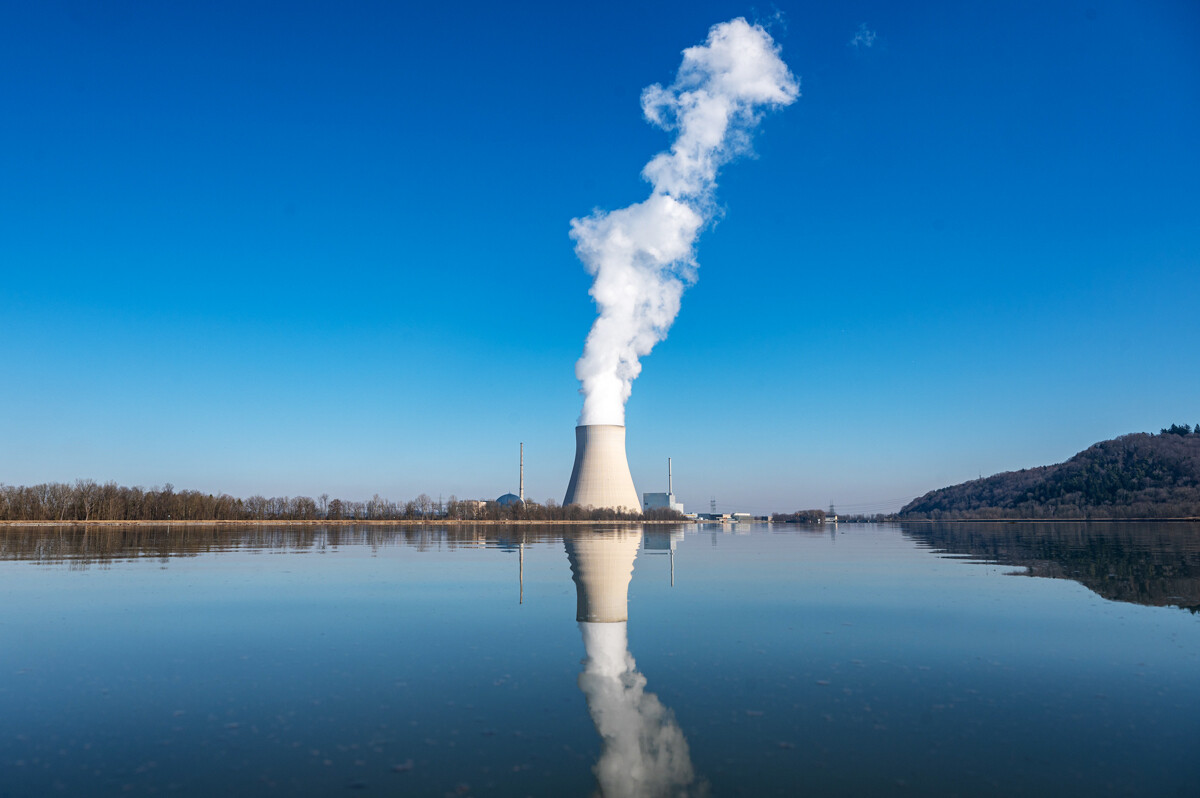 Europe has a problem of energy dependency with Russia for gas. Spain has it for the nuclear

There are 70,000 people who know better than anyone in Ukraine what is an invasion ordered from the Kremlin. The reason is that they took part in one, in the war of Afghanistan (1979-1989). They are the old combatants of a traumatic defeat, in the last stages of the Soviet Union, today mobilized through the Ukrainian Association of Veterans of Afghanistan (USVA). The USVA reports that more than 25,000 are participating in defense tasks against Russia.

Nikolai Molokov He is 70 years old, has a wife, children, grandchildren and a construction company, but where he feels fulfilled is in his small room in a secret barracks on the outskirts of Kiev. Shaved hair and a white mustache, he wears a uniform and wears a dagger on his belt. The cell of this warrior is made up of a cot, a hanger with his military clothes, a table with notes, a computer, a set of weights, a soccer ball and a bunch of ropes to teach the recruits how to handcuff a Russian captured. Molokov was stationed between 1980 and 1983 in Afghanistan, leading a platoon of a Soviet armored brigade. Before that he spent a year on the border with Uzbekistan taking on covert missions. He rose to the rank of commander. He today trains the soldiers of the Kalinovski regiment, made up of Belarusian volunteers.

Journalist Gwynne Dyer explains in “A Brief History of War,” one of the best-selling essays on military tactics in recent years, that it was not until after World War II that the armed forces discovered that few soldiers were prepared to kill. Dyer claims, citing studies from the time, that only a quarter of American soldiers had fired their weapon in combat in Europe and the Pacific. The same thing had happened in the Civil War in the United States, according to data collected by Dwyer: 90% of the muskets unearthed at the site of the battle of Gettysburg had not been fired. The taboo of killing and the fear of death are higher in people. Molokov’s task is for his students to pass him.

The professionalization of the armies after World War II brought new forms of psychological training. Because of his quick and energetic speech, as well as his physical presence, Molokov resembles Sergeant Hartman in Full Metal Jacket, Stanley Kubrick’s film about the war in Vietnam, a character remembered for the mental pressure he put on future Marines. Molokov prepares the Belarusian volunteers to lose their fear because he lost it in Afghanistan: “I only remember suffering mentally on the first day after returning home, in 1983, but I immediately got over it. Now I wouldn’t react the same, I’m less emotional.”

More than half a million Soviet soldiers served in Afghanistan. Of these, 160,000 came from Ukraineaccording to figures provided by a documentary from last February by the Laboratory of Public Interest Journalism, a Ukrainian journalistic collective. The USVA currently has 70,000 of them registered.. 35% of these were already involved last February, just before the invasion, in military tasks against pro-Russian separatists in donbasin the east of Ukraine. The Ukrainian General Staff has no record of how many are active, especially in the paramilitary militias of the Territorial Defense Forces, but several sources consulted by EL PAÍS indicate that the percentage has risen.

Thousands of Afghans have passed through the front in Donbas since 2014, and not only on the side defending Ukraine’s territorial integrity: Rubén Ruiz-Ramas, vice dean of international relations at UNED, points out in the book “Ukraine, of the revolution of the Maidan to the War in Donbas”, which veterans also took up arms to defend the annexation of Crimea to Russia.

Molokov is the paradigm of the involvement of old combatants of Afghanistan in the fight to get rid of Russian influence. In 2014, he participated in the defense units of the Maidan pro-European revolution against the security forces of the Government of Victor Yanukovych. As Ruiz-Ramas recalls, the Afghans assumed, together with Ukrainian ultra-nationalist sectors, the most aggressive facet of the Maidan. After the uprising of pro-Russian separatists in Donbas, Molokov began training future soldiers.

Nikola Levin did not take up arms again in 2014 because his son was born just then. He was a late father, today he is 61 years old, but that did not prevent him from recovering his skills as a sniper when the Russians besieged his city, Chernihiv, at the beginning of the current offensive. Now he is near the eastern front, training to join a volunteer battalion under orders from the Armed Forces. Levin he was an elite marksman in afghanistan, stationed there to fight the Mujahideen rebels between 1983 and 1986. He assures that the two wars are different: “The Afghans had no artillery. In Chernihiv, on the other hand, the Russians constantly hammered us with missiles. In Afghanistan I did not pass the fear that I have passed under the grads [un sistema ruso de cohetes multilanzadera]”.

Levin was part of the Soviet Army for 12 years and affirms that he knows the enemy well: “They use the same tactics that they used in the 20th century”, he says, adding that the weapons are also largely the same. Molokov shows photos of the years of him in Afghanistan in which armored models appear that Russia is using in Ukraine. Also admits that what happened in Irpin and in Bucha is familiar to him. Some of the worst war crimes of which Russian troops are accused took place in these two municipalities north of kyiv. Molokov comments that there they used the same procedure that they applied to “clean” villages, although he assures that in Afghanistan, before his unit entered to destroy a village, a women’s commission affiliated with the local communist authorities organized the evacuation of mothers and kids. There is another volunteer veteran in the Kalinovski regiment. He is 61 years old and requests anonymity because he has family in Belarus. He assures that he is fighting again “to purge the sins in Afghanistan”. “I was a common soldier, I was between 1983 and 1984, and that was the Soviet Union fighting against civilians.”

The Belarusian Nobel Prize for Literature Svetlana Aleksievich wrote one of the most devastating books on the suffering left by the invasion of Afghanistan. In The Zinc Boys there are many testimonies of crimes similar to the summary executions discovered in Bucha or Irpin. The book also shows the helplessness felt by those who went through the war because in the last years of the conflict, the population was increasingly critical of the invasion. The war in Afghanistan was one of the blows that knocked out the Soviet Union. After the fall of the empire, the Afghans became synonymous with social marginalization and the brute force of the new Russian capitalism. “The bank guards, the bodyguards of rich businessmen, the hired killers, all of them are our boys,” explained one of the officers interviewed by Alexievich: “They didn’t want to come back from the war… From there you keep some indescribable sensations, above all there is disdain for death”.

Levin went to Afghanistan as a volunteer because he lived “100% under propaganda”: ​​“I was young and wanted to have military experience to defend my homeland. The same thing happens these days in Russiathe propaganda makes you believe that it is a fair occupation, and the Afghanistan It was absurd, like now.” Molokov explains that he participates in Russian forums of old comrades from Afghanistan and says he detects that, little by little, more and more people in Russia are ceasing to support the war.

“The invasion of Afghanistan lasted 10 years, I do not want my country to be at war for 10 years so that the Russians finally understand that this war is a crime”, said last Tuesday the Ukrainian Foreign Minister, Dmitro Kuleba, in an interview with EL PAÍS. Kuleba is not aware that popular support for Russian President Vladimir Putin is declining.