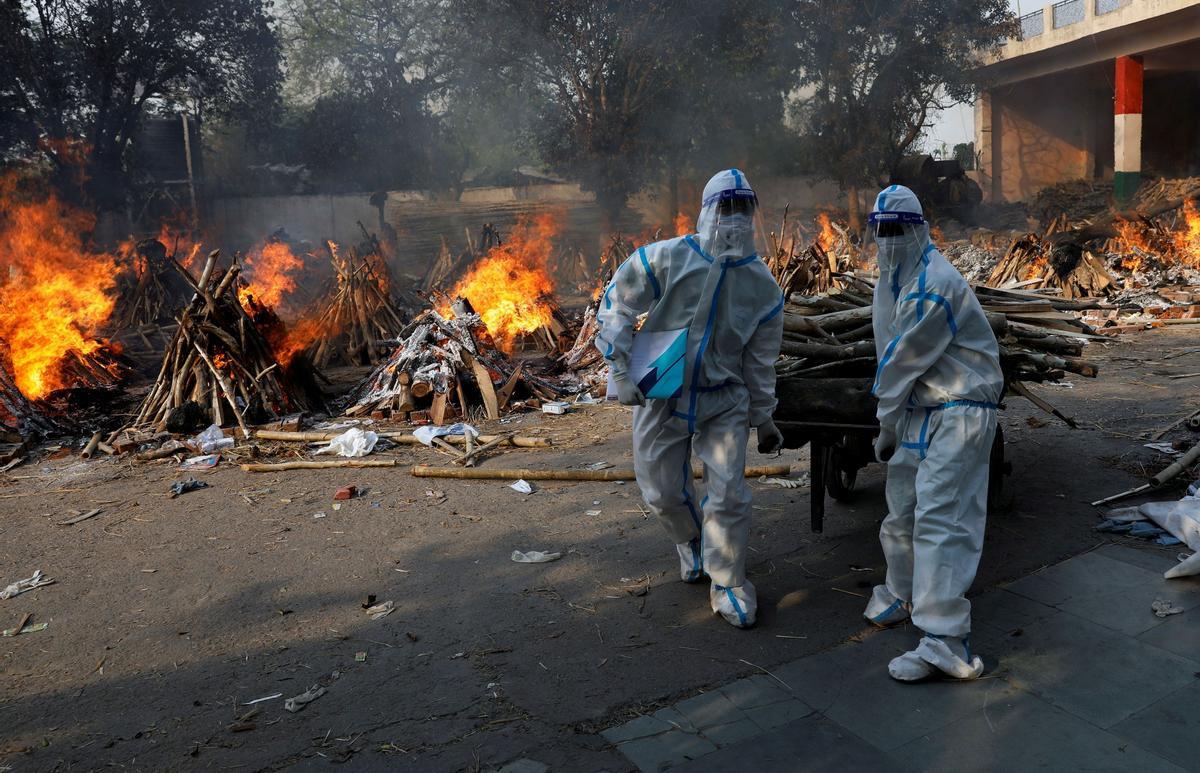 Eleven newborns died at the Mame Abdoul Aziz Sy Dabakh hospital in the city of Tivaouane, in western Senegal, after a fire broke out on Wednesday in its neonatal unit. The fire originated from a short circuit, Abdoulaye Diouf Sarr, Minister of Health, assured the media on Thursday. The serious accident has caused enormous shock and outrage in the African country, highlighting the shortcomings of its health system. A year ago, four other babies also died due to a fire in a maternity hospital in the town of Linguére and, last April, a woman and her baby died in the Louga hospital due to lack of care during childbirth.

What hurts the most in Senegal is the repetition of these types of events. The death of the young Astou Sokhna and her baby when she was giving birth last April at the Louga hospital has already generated a wave of popular indignation at the shortcomings of the Senegalese health system, which was expressed in demonstrations of anger in the streets and on social media. According to the subsequent investigation, the woman died after asking for a cesarean section for 20 hours, which hospital staff refused because she was not scheduled. The three midwives who were on duty that day were later sentenced to six months in prison by a Senegalese court for “failure to attend to a person in danger”, while the government sacked the hospital director.

I have just learned with pain and consternation of the death of 11 newborn babies in the fire that occurred in the neonatology department of the Mame Abdou Aziz Sy Dabakh hospital in Tivaouane.
To their mothers and their families, I express my deepest sympathy.

The president of Senegal, Macky Sall, who declared three days of national mourning on Thursday, confirmed what happened through his Twitter profile. “I have just learned with pain and dismay of the death of 11 newborns in the fire that occurred in the neonatal department of the Mame Abdou Aziz Sy Dabakh hospital in Tivaouane. To their mothers and their families, I express my deepest condolences,” wrote Sall, who is abroad and sent Antoine Diome, Minister of the Interior, to the scene. “The president has instructed us to open an investigation and make a list of the equipment needs of all hospitals in the country,” the minister assured.

In addition to Diome, other local and regional authorities appeared at the hospital after learning of the fire. The Minister of Health initially reported that all the babies admitted at the time of the event had died, but the mayor of Tivaouane, Demba Diop, specified that three of them could be rescued. The city, located about 120 kilometers northeast of Dakar, the country’s capital, woke up this Thursday shaken by the tragedy, the details of which have been known little by little. Many of the mothers who lost their babies went to the hospital as soon as they heard about the fire to check if their children had died.

Tivaouane, with some 40,000 inhabitants, is also considered a holy city, as it is the heart of one of the main Muslim brotherhoods in the country, the Tidians. “This situation is reprehensible and extremely painful,” the Minister of Health assured the Senegalese radio RFM, “there is an open investigation to find out exactly what happened.” Diouf Sarr, who was at a meeting of the World Health Organization in Geneva, announced his immediate return to the country.

Last year four other babies died after the fire in the pediatric area of ​​the Linguère hospital, in the north of the country. All these incidents have led a large part of civil society to demand greater investment in health and in Senegalese hospitals. The Wathi think-tank launched a collection of signatures in this regard in March and its director, Gilles Yabi, denounced during a debate serious hygiene problems, regular water cuts, the proliferation of mosquitoes and other insects, the poor quality of the equipment and its lack of adequate maintenance, as well as the absence of qualified technicians. Finally, he expressed his concern about the lack of training of health professionals.

In 2019, Serigne Babacar Sy Mansour, religious leader of the tidians, already alerted the authorities of the terrible conditions of the Tivaouane hospital with statements that today sound prescient. “If the hospital were a person, we would say that they are paralyzed,” he said. “This health facility does not need promises, but urgent solutions. We have already received promises and we are still waiting for them to be fulfilled. We understand that it can take time, but if it takes too long there could be consequences that can directly affect patients,” he added.