Physical money has its days numbered ; electronic payments are the protagonists and they already find their natural habitat on mobile phones . Go to any business and support the mobile on the card reader, or use it to send money to our acquaintances; fast and safe systems that save time and avoid filling our pocket with loose money.

It has been rumored many times that WhatsApp was working on its own payment system, and in recent times these rumors have intensified until they become a full-blown leak . With the initial base of operations set in India, WhatsApp Pay was on its way to market and the latest leak shows us something else, the guts of the system .

Payments between people, not payments in shops

At least at the beginning, WhatsApp Pay will not be a mobile payment system to use to be able to leave our savings in the different stores, although the presence of WhatsApp Business invites us to believe that on the other side of each store there may be a phone number to complete the transaction. And it is that WhatsApp Pay starts as a service to send money to other people, a transfer of money between individuals .

At the center of the system, which is already warming up engines for its landing in India , is UPI. UPI, or Unified Payment Interface, is the state equivalent of Bizum that operates in Spain or other more or less centralized systems in different countries, a system that uses, for example, Google Tez . UPI becomes the center of the service and at the same time the validator , and both entities and users have to register in it.

As soon as the service is active in the region, and we have installed the correct version of WhatsApp compatible with it (for now it appears in beta 2.18.44), we will only have to go to the application settings to configure it. We open the WhatsApp settings, we move to the Payments section that is under Notifications , and we proceed to complete the configuration. 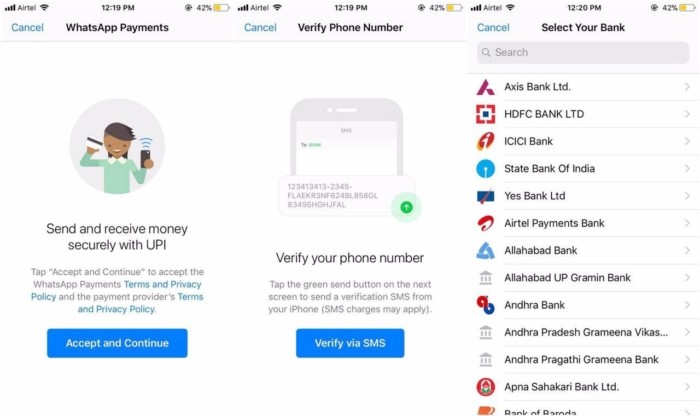 In the first place we will have the classic message indicating that we accept the conditions of the WhatsApp Pay service , conditions that we can read thanks to a link in the same text. If everything is OK, we can go to the next section where we will validate our phone number. This step will consist, for all intents and purposes, of registering our number in the UPI, since right now we are only talking about India.

On the other hand, we have previously had to verify our phone number in our bank, so that UPI can link our WhatsApp number with our bank and thus identify us at both ends of the payment process. Once this is completed, we will only have to tell WhatsApp which of those on the list it shows is our bank , or the bank with which we want to make payments with WhatsApp Pay in case of having an account with several of them. 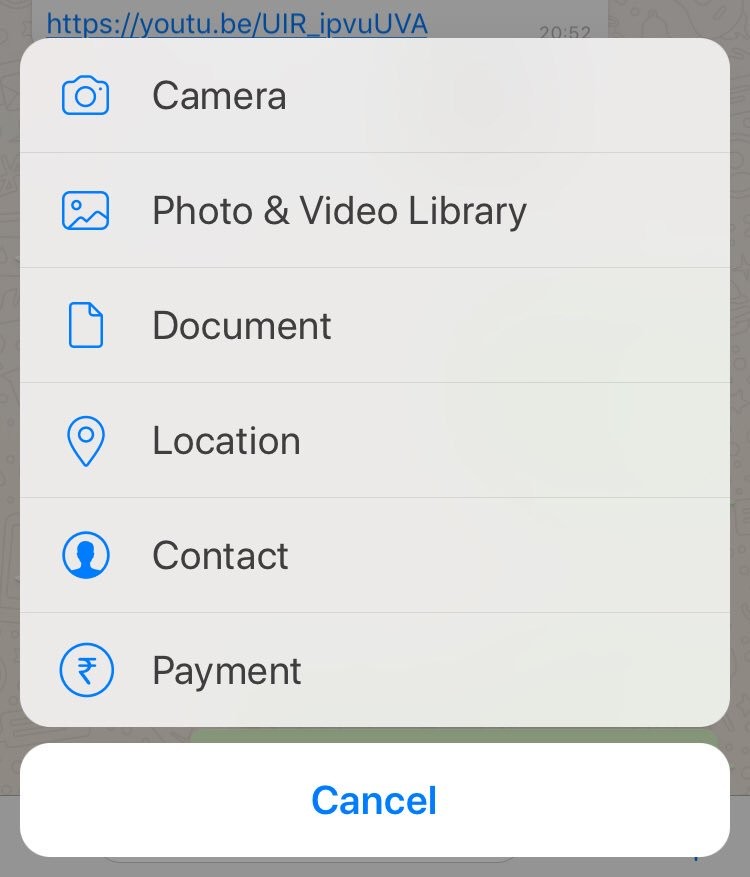 Ready, WhatsApp Pay will be completely configured and we will only have to choose, when we want, the option to Send money to any of our contacts . We decide the amount and it travels through UPI from one number to another, depositing in the beneficiary’s account. Exactly the same as the other way around, although in this case the money would travel to our account.

Initially, WhatsApp Pay will allow the sending of money between individuals. We will see if payments to companies are enabled in the future.

For now, as we say, it is unknown if the system will allow payments to companies . That is, to be able to pay with WhatsApp at a gas station, a hairdresser or an electronics store. Knowing that WeChat uses a similar system but with QR codes, it is legitimate to believe that the presence of WhatsApp Business will allow companies to enable a telephone number for these transactions, but to find out, we will have to wait a little longer.

Thus, WhatsApp Pay works in a similar way to the aforementioned WeChat Pay, or to Apple Pay Cash . Money that travels between users with the mediation of the service itself, centralized by the UPI in India. We suppose that when it lands in Spain, Bizum will be in charge of becoming the payment standard, but these processes are slowly expanding and there will still be a long way to go for WhatsApp Pay to leave India. Have to wait.