The public beta of watchOS 9 is now available for all those who want to install it. 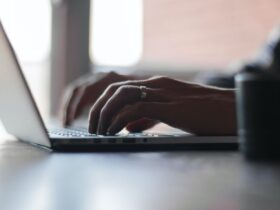 6 Simple Steps to Take to Protect Your Digital Privacy

Apple launched on June 6 at its WWDC 2022 the update to the Apple Watch operating system: watchOS 9. This new version came loaded with news focused on the health and training of its users.

They also updated functions such as the reminder and sleep tracking apps as well as added a large number of new spheres (Metropolitan, play and astronomy).

This update will be officially released in the fall, but Apple has released the public beta of watchOS 9 for all users who want to use it. If you are one of those people who cannot wait for the official watchOS 9 release, we will tell you how to do it.

How to install watchOS 9 public beta on Apple Watch

Before we start, we warn you that this update is not official and complete watchOS 9 , but rather it is an Apple beta and as such it could have some bugs. And that is why the apple company launches these betas before, so that users can tell them what is wrong so that they can solve it.

We also warn you that Apple will not let you go back to watchOS 8 once you have installed watchOS 9.

If you still want to continue, follow these steps to update your Apple Watch to watchOS 9:

How to take a screenshot of Apple CarPlay[/dfsn—box] Now all you have to do is enjoy the new watchOS 9 update. If something doesn’t work for you, don’t despair and remember that it’s a beta with the occasional bug or error.