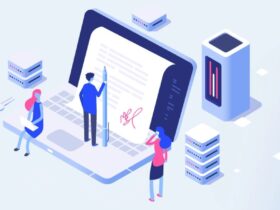 5 Features Your Contract Management Software Must Have In 2022

Elon Musk raised the possibility of bringing Vine back in order to compete with TikTok in the short video app segment. The billionaire became the owner of Vine after buying Twitter for $44 billion.

The Chief Twit, as he currently calls himself, posted a poll on his Twitter account in which he invited his followers to give their opinion on whether it would be interesting to bring Vine back. It must be remembered that Vine was discontinued by Twitter in 2017 after being acquired by the social network in 2012 in exchange for about $30 million dollars.

So far, the survey has received some 3.8 million votes, of which 69.4% are in favor of Twitter recovering this application and relaunching it to compete with TikTok, the leading platform in this sector today.

This proposal has been received positively not only by the general public, but also by individuals such as Jimmy Donaldson, popularly known as MrBeast, a content creator who has more than 100 million subscribers on YouTube.

He pointed out that it would be very interesting to see an application like this to be able to stand up to TikTok, to which Musk replied that the idea would not be to create the platform of Chinese origin, but to make it better.

Given this comment, MrBeast commented that it must be taken into account that today no one is original no matter what they are doing, because most likely the rest of the competition will copy any function that they can create. He explained that the only way to win in this regard is through a distinctive function or trait that cannot be copied.

“YouTube has shorts, insta has reels, Reddit, Snapchat, Facebook, etc. all copied TikTok. Whatever you do, make it hard to copy or else it will be a waste of time,” he argued.

It remains to wait to find out if the idea of ​​​​reviving Vine is something real or if, on the contrary, it is simply another of his jokes to have fun at the expense of his millions of followers.