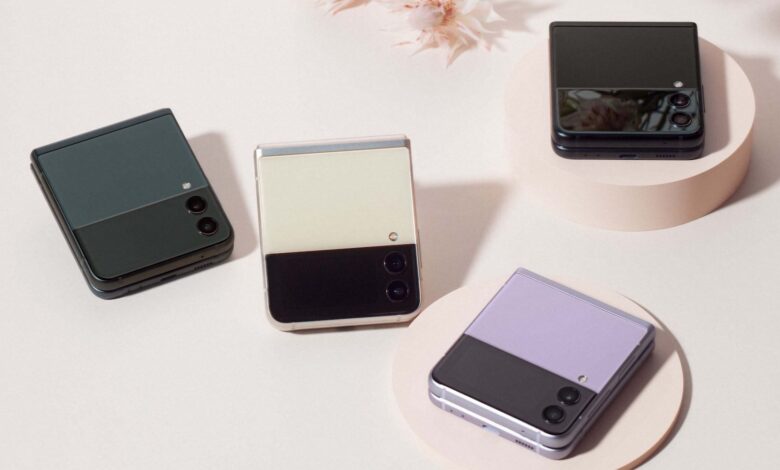 The Galaxy Z Flip 4 is getting a fast charging update

A year after being banned from Twitter, Facebook and YouTube, Donald Trump has kept his promise. On February 21, Trump Media & Technology Group launched Truth Social, a social network built in the image and likeness of Twitter that was presented as an alternative to the social platforms of the “big tech”, championing freedom of expression and in which no voice would be silenced “simply because they are wrong or, worse, because we think Americans can’t handle the truth,” Trump said in a statement last October.

Basically, a social network in which no one is canceled, but the problem that Truth Social is facing is not related to freedom of expression but to the scarcity of users.

It is not easy to participate in Truth Social. The network does not have a web version and is accessible through an “app” that, at the moment, is only available for the iOS operating system and only in the United States.

According to Sensor Tower data collected by The Wrap, by the end of March Truth had only been installed 1.2 million times, 66% corresponding to the first week of launch.

The social network has seen a drop in user registrations of 92% from 800,000 in the first days to 60,000 per week and for mid-March had gone from being the number 1 download in the App Store to position 173, according to Similar Web.

Beyond the sympathies or antipathies that the former US president arouses, the “app” has a series of limitations and shortcomings that make it very difficult to gain the appreciation of users.

It had a complicated launch in which many users reported error messages when trying to register and if they succeeded, they were put on a waiting list until their registration was effective and they could use the platform.

Some of these problems have been resolved or lessened over the weeks, but the waiting list continues so that between registering and being able to use the platform there are still weeks of waiting, as The Washington Post points out in a recent article about the platform.

As if that wasn’t discouraging enough, the functionality it offers is limited when compared to Twitter. The users can reply, reblog, “like” the “truths” they like, and block and mute other users. But you can’t perform such basic actions on a social network as quoting a message from another user, adding your own comment or sending direct messages, the latter a feature available in the “app” interface but not yet activated.

Once the difficulties of access are overcome and adapted to the functioning of the platform, the user is faced with the greatest lack of Truth Social, the size of its user base and the little activity.

Significant enough is the fact that the Donald Trump, who had 88 million followers on Twitter and 823,000 on Truth Social, has only posted one “truth” in his own social network since its launch.

The representation of what is considered the conservative ecosystem in the United States is very uneven in Truth and, according to Business Insider, there are few media outlets.

Among them are not those of “woke” sensitivity and clearly positioned against Trump during his presidency such as CNN, NBC, The New York Times or The Wall Street Journal, but neither are media more related to the Republican party such as Globe Live Media.

Yes, there is the digital tabloid TMZ, the English newspaper The Daily Mail or The Epoch Times, for example. Republican politicians can be found with verified accounts, some with considerable activity, but not a single Democratic representative of the US chambers.

Other well-known personalities from the conservative world such as Tuckler Carlson, Ben Saphiro or Alex Jones are also not present in Truth Social, but Sean Hannity or Kyle Rittenhouse, among others, do participate.

Thematically, what would be considered disinformation on other platforms abounds before “verifying” even the first comma, and current topics such as the Russian invasion of Ukraine group only 1,320 users under the hashtag #Ukraine.

Worse still, a notable part of the public discussion on Truth Social is occupied by posts made by “bots”.

Truth Social wants to succeed where other social networks focused on the conservative audience such as Gettr or Parler have already tried, without Twitter being the least bit concerned.

Today it has become known that Elon Musk has become the largest shareholder of Twitter, a week after asking his followers if the platform strictly adhered to the principle of freedom of expression.

79% answered no, after which the CEO of Tesla and SpaceX raised whether another platform would be needed, warning that “the consequences of this survey will be important.”

The consequences of this poll will be important. Please vote carefully.

Maybe in the end the alternative to the policies of censorship and control of public discussion applied by Twitter ends up coming from Twitter itself.