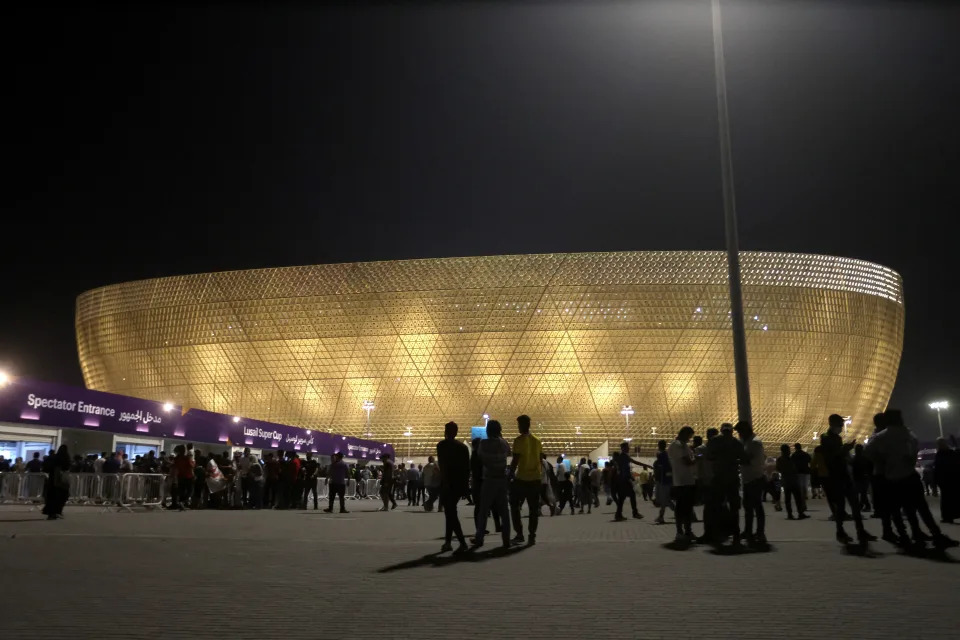 Qatar 2022: Criticism rains down on the inauguration of the Lusail Stadium that will host the final

The NBA celebrated the legendary career of Argentina’s Manu Ginobili, four-ring winner with the San Antonio Spurs and recently inducted into the league’s Hall of Fame, by launching a Spurs number 20 jersey, signed by the former shooting guard, into the stratosphere. with a depressurized balloon.

The curious initiative was taken by the NBA in collaboration with the B2Space organization, which has offices in Spain, Wales and Japan and the launch was launched from the Spanish city of León, the league reported in a statement on Thursday.

The depressurized, biodegradable, helium-powered balloon carried Ginóbili’s shirt more than 30 kilometers up, where he remained for about four hours before coming down.

“We chose to wear the Manu Ginóbili jersey to space for all that it means for basketball in Latin America and for sports in general. His legacy on and off the track makes Manu an exceptional person. An athlete who has always represented the best virtues of sport and who has contributed to extolling the values ​​of the NBA throughout the world”, said the director of marketing for NBA Latin America, Emilio García Duarte.

“With his induction into the Naismith Memorial Hall of Fame, his legacy has reached soaring heights, and we wanted to celebrate him in a unique way. Manu was a star on the pitch, so to see his jersey in space near the stars lives up to his legacy,” he added.

Ginóbili, 45, said goodbye to the courts in 2018 after an impressive career that also saw him hang the Olympic gold in Athens 2004. The number 20 that the Argentine used was retired from the Spurs where he was also immortalized in the Texan team.

The Argentine played in the NBA from 2002 to 2018, always with the San Antonio Spurs, and formed a historic trio with Tim Duncan and Tony Parker. With his team he also won the gold medal at the 2004 Athens Olympics, being one of the few teams that could defeat the United States basketball team in the Olympics.

The shooting guard was also Euroleague champion with the Italian Virtus Bologna in 2001.