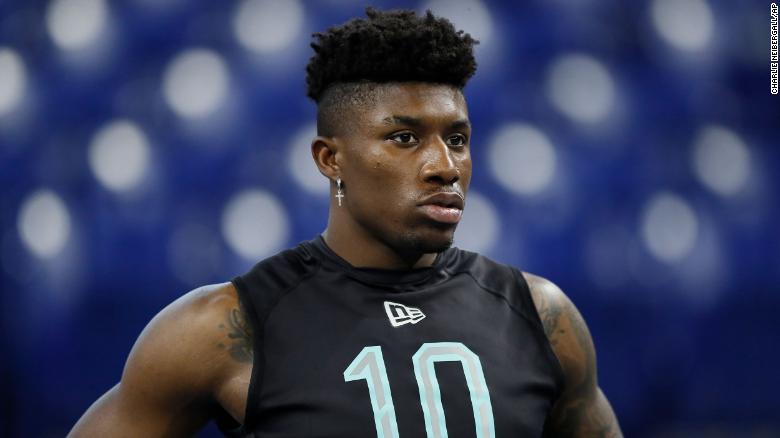 Jeff Gladney, player for the NFL’s Arizona Cardinals, dies at 25

The Spanish tennis player Rafael Nadal, winner of twenty Grand Slam tournaments, assured this Wednesday that the objectives they had marked with its Foundation, whose activity began eleven years ago, have been fulfilled, and highlighted the importance of “creating illusions and opportunities through sports and education” for children and young people.

Nadal revealed that the reason for the creation of the Foundation eleven years ago was “try to help and give back to society all the luck we have and how well it has treated us in life.” “I have always tried to join events and collaborations to raise funds from different organizations, and at home I had the example in my mother, who always saw her help by contributing from her possibilities. We wanted to allocate our efforts to projects that motivated us and that we believed would we could have added value, “he said.

“We create illusions and opportunities and sports and education open it wide. Long-term projects have a more powerful impact on society and I believe that the objectives in these years have been met, “he said.

Nadal, who during his speech cited as examples the project carried out in Annantapour (India) together with the Vicente Ferrer Foundation or the Day Center managed in Mallorca, recalled that more than seven thousand people have benefited through this commitment to society . The Mallorcan tennis player assured that from the Foundation “the most important thing is not to take steps back because there is a great responsibility, which is to always offer the best quality service. Our goal is to reach more and more people, in our case young people and children, but each new center must be maintained over time with the quality it requires, “he said.

The Rafa Nadal Foundation is involved in four projects around the world, with sport and education as central axes of its development. One of the projects that the Rafa Nadal Foundation has is called ‘NETS’ (Nadal Education Tennis School), in which they serve 250 minors a year in South India through tennis and educational activities in English and computer science and in which more than 1,900 people have participated. Another project is ‘More than tennis’ aimed at athletes with intellectual disabilities who train and play tennis in twenty schools throughout Spain, with 1,778 beneficiaries. ‘Play and study’ is a scholarship project to promote the sports and educational talent of young people who want to study at universities in the United States and which has benefited 53 boys and 62 girls.

Also the Rafa Nadal Foundation centers of care for minors and families in vulnerable situations through the sports, educational and psychosocial fields. At the moment there are two in Mallorca and Valencia, with 1,668 beneficiaries, but a new one is scheduled to open in the short term in Madrid, in the Usera neighborhood, according to the Foundation’s director, Xisca Perelló.

“This anniversary, not counting the pandemic, we celebrate ten years at a difficult time because 31% of minors in Spain are at risk of exclusion and families find it increasingly difficult to provide complementary training. We want to offer a safe environment, each and every one of the children has potential, and we want to help them achieve what they set out to do, “said Xisca. “Our commitment is long-term and we will work with the same enthusiasm and will with which we have been doing it these years,” said the director of the Foundation, who revealed the recent signing with UNESCO of an alliance to work towards common objectives.