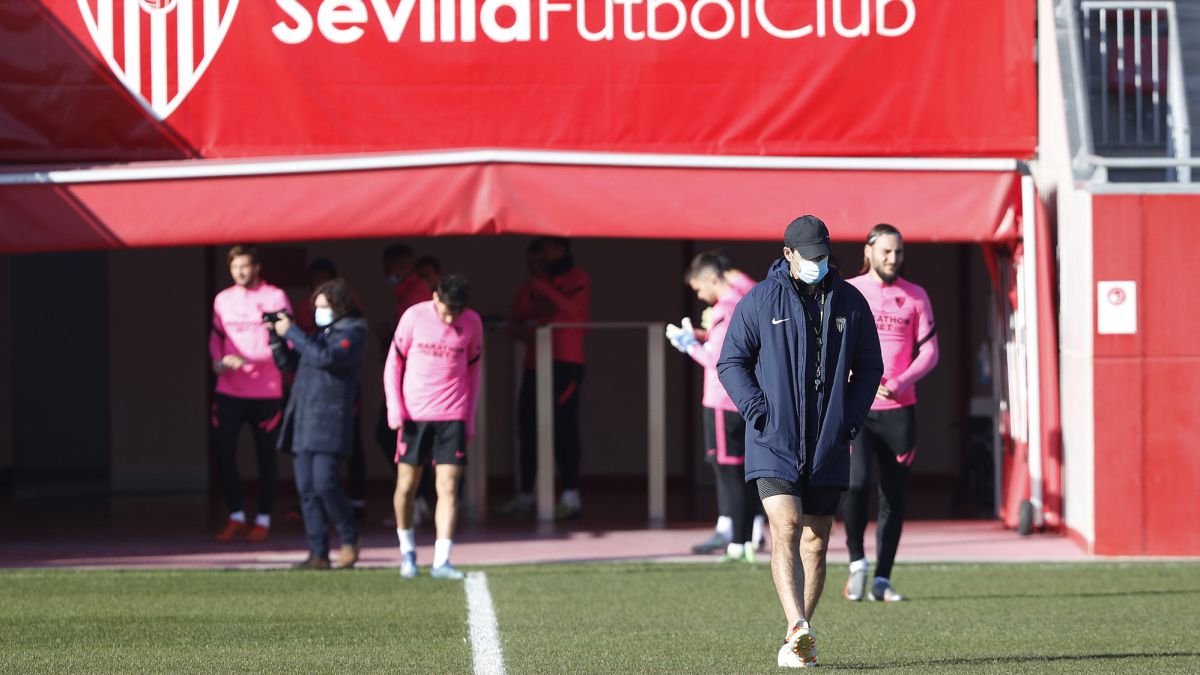 Lopetegui: “We naturally assume another Difficulty”

Manchester United have celebrated their fourth consecutive Premier League win and inflicted their first defeat on Arsenal. Worries for Sasa Kaladzic: His first appearance ended with an injury.

Coach Erik ten Hag’s team won their home game against the leaders from London 3-1 (1-0) on Sunday (September 4th, 2022). Brazilian new signing Antony put Manchester ahead in the 35th minute. The interim equalizer by Bukayo Saka (60′) was countered by Marcus Rashford with a brace (66′, 75′). Cristiano Ronaldo came on for Antony in the 58th minute.

With twelve points from six games, Manchester have finally caught up with the top group after the botched start to the season with two defeats in a row. Despite the first defeat, Arsenal still lead ahead of Manchester City and Tottenham.

The worst possible start for Sasa Kalajdzic in the Premier League : In his first game for his new club Wolverhampton Wanderers , the ex-Stuttgarter injured his knee. The Austrian international suffered a cruciate ligament injury in his left knee against FC Southampton (1-0). According to the club, the 25-year-old will undergo an examination by a knee specialist on Monday.

“Sasa suffered from knee pain towards the end of the first half against Southampton. Unfortunately, the tests revealed that he had sustained an anterior cruciate ligament injury,” Wanderers said. Kalajdzic is threatened with a long break.

Manchester City have only drawn in the Premier League. Man City couldn’t get past a 1-1 (0-0) draw against Aston Villa on Saturday .

Although Erling Haaland also scored in this game (50th), he now has ten goals in six league games. But that wasn’t enough for a win as Leon Bailey equalized for Aston Villa .

No goals in Liverpool derby

Liverpool FC had previously failed. The ” Reds ” of team manager Jürgen Klopp only played goalless in the derby against Everton. Most recently, the team from Anfield Road had celebrated two victories. Everton are still waiting for their first win after the sixth matchday and have drawn for the fourth time in a row.

Everton’s Tom Davis (32nd minute) hit the post, Liverpool’s Darwin Nunez and Luis Diaz (43rd each) also failed in quick succession on aluminum. The Klopp team was optically superior, but the hosts acted more dangerously on the offensive in the first half. Only in the final phase of the first 45 minutes was LFC able to set accents on the offensive.

Substitute ex-Hoffenheimer Roberto Firmino (64th) also failed twice within a few moments at Everton’s strong keeper Jordan Pickford. Liverpool were lucky that the video referee intervened when the home side supposedly made it 1-0 through Conor Coady (69th), the goal was not awarded.

Chelsea win thanks to Havertz

Thanks to Kai Havertz, Thomas Tuchel’s FC Chelsea scored a happy 2-1 (0-0) against West Ham United with Thilo Kehrer. The international, who came on in the 72nd minute, scored the winning goal four minutes before the end. Without newcomer Pierre-Emerick Aubameyang (FC Barcelona), the “Blues” were behind through Michail Antonio (62nd), Ben Chilwell equalized for the Tuchel team (76th).