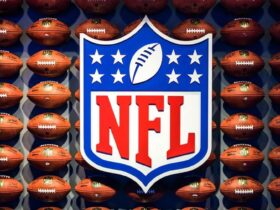 León  and his Atlas counterpart played a great game in the first final of the Apertura 2021  Liga MX . Anderson Santamaría was the starter and Santiago Ormeño was on the bench.

León  came from behind to beat  Atlas on Thursday night  in the first  leg of the final of the Apertura 2021 Liga MX , a match played at the Nou Camp stadium.

In a duel between the Argentine benches, the men of the technical director Ariel Holand had to equalize the score on two occasions against the squad trained by Diego Cocca and ended up taking the victory with a late penalty goal.

The contest started on the right foot for the ‘Foxes’ of the Atlas . At minute 11 they had a throw-in from the right, Diego Barbosa sent the ball into the area, the Argentine Julio Furch let it pass and the left-back Luis Reyes, who had joined the attack, signed the 0-1 with a low shot turn around.

The situation became complicated for León about half an hour into the game due to a muscle injury suffered by Colombian defender Andrés Mosquera who had to be substituted.

‘La Fiera’ launched the attack for the tie. At 37, the Ecuadorian Ángel Mena touched the ball to the Chilean Jean Meneses and he prolonged the pass with his head for his compatriot Víctor Dávila who defined the 1-1 with a powerful left-handed volley from the edge of the area.

The ball slipped through the upper left corner of the goal before the helpless flight of Colombian goalkeeper Camilo Vargas.

In the final stretch of the first half, both teams looked for another goal. Jairo Torres put the León goalkeeper to the test, who covered the shot, and then Mena responded with a very crossed shot that passed in front of the athlete’s goal.

Already in the second half, at 52, Meneses sent from outside the area a dangerous shot that shook the crossbar of the athlete’s goal.

Atlas took the lead again at 65 when Furch hit a withering left-footed shot inside the Leonese area for 2-1.

It seemed that the ‘Zorros’ were heading to victory, but the León found the 2-2 after a failure by Vargas. The Colombian goalkeeper rejected a shot from Meneses and Mena took advantage of the rebound to get the tie at 77.

The locals sentenced 3-2 with a penalty signaled for a foul on Dávila and executed by Mena with a left-handed shot to the right that beat Vargas’s shot at 86 ‘.

The second leg of this final will be played on Sunday at the Jalisco stadium at 20:15 local time.

Leon vs. Atlas: that’s how they played