Alianza Lima vs Fortaleza: match for date 5 of Group F of the Copa Libertadores

Alianza Lima vs Fortaleza: The blue and white team lost 2-0 against ‘Tricolor’ this Wednesday, May 18, at the National Stadium for the penultimate round of Group F in Copa Libertadores 2022. Fortaleza beat Alianza with goals from Moisés at 16 minutes of the first half and Yago Pikacho at 80′, which meant victory and qualification for the Copa Sudamericana.

In addition, the ‘Tri’ has the option of fighting for second place and access to the round of 16 of the Copa Sudamericana. For its part, the blue and white team ran out of chances to continue in international competitions, they kept one point and will be last in their group. On date 6, Alianza collides with River Plate at the Monumental de Buenos Aires. Meanwhile, Fortaleza defines with Colo Colo in Santiago.

GOALS AND SUMMARY OF THE ALLIANCE LIMA VS FORTALEZA

MIN 85: Yellow card for Ballón (Alianza) for a foul on Romarinho.

Pikachu scored the second in Alianza Lima vs Fortaleza.

MIN 72: Cabezazo de Lavandeira (Alianza) inside the area, in the hands of porter Marcelo Boeck (Fortaleza)

MIN 57: Ugh! Lavandeira (Alianza) shot from outside the area and the ball passed near the right post of the Fortaleza goal.

MIN 54: Uf Yago Pikachu (Fortress) was encouraged to define and his shot crashed into the crossbar of the Alliance goal.

MIN 48: Ugh! Barcos (Alianza) missed a clear chance on goal with a shot inside the area, without scoring, but it went over the crossbar.

The Argentine striker wasted a golden chance for the ‘intimates’ against the Brazilians for the Copa Libertadores. | Video: ESPN

MIN 47: Yellow card for Marcelo (Alianza) for a foul on Wilmer Aguirre (Alianza)

MIN 46: The second half started.

MIN 23: Christian Ramos (Alianza) with a header created danger on the Fortaleza goal.

MIN 21: Lucas Lima (Fortaleza) tries, but his shot has no direction.

Moisés opened the scoring in Alianza Lima vs Fortaleza.

MIN 05: Crispim’s shot (Fortaleza) from outside the area goes very wide with respect to the Alianza arc.

The ‘intimate’ team arrives with good feelings for the clash against the ‘cariocas’ after managing to extend their good run of results in League 1 to six consecutive victories: UTC, Universitario, Cantolao, Carlos Stein, San Martín and César Vallejo. In addition, he chained five duels without losing in both competitions he faces in the first half of the year.

However, the ‘victorianos’ have a pending task in the Conmebol tournament. They need to win their first match in the competition to cut the negative record of 26 duels without victories.

Likewise, beyond the historical streak, Alianza Lima has the obligation to win to stay alive in the Libertadores or maintain the chances of qualifying for the round of 16 of the Copa Sudamericana. The first two of the group continue on their way, while the third goes to the second tournament.

Alianza Lima achieved a 1-1 draw against Colo Colo in Lima in their recent match for the Libertadores. In this way, it remains in last place in Group F, Fortaleza, the rival on duty, is third with four points. The Chilean side follows with seven and the leader is River Plate with 10 points.

The importance of the 3 points against Fortaleza lies in the fact that it could define their classification for one of the tournaments on date 6 and definitively, as long as River Plate defeats Colo Colo at the Monumental stadium in Buenos Aires.

Alianza Lima coach Carlos Bustos would make a variant regarding the lineup of the victory match against César Vallejo. The inclusion of Edgar Benítez in replacement of Arley Rodríguez. In addition, defender Pablo Míguez would remain on the substitute bench and Jefferson Portales would remain behind. 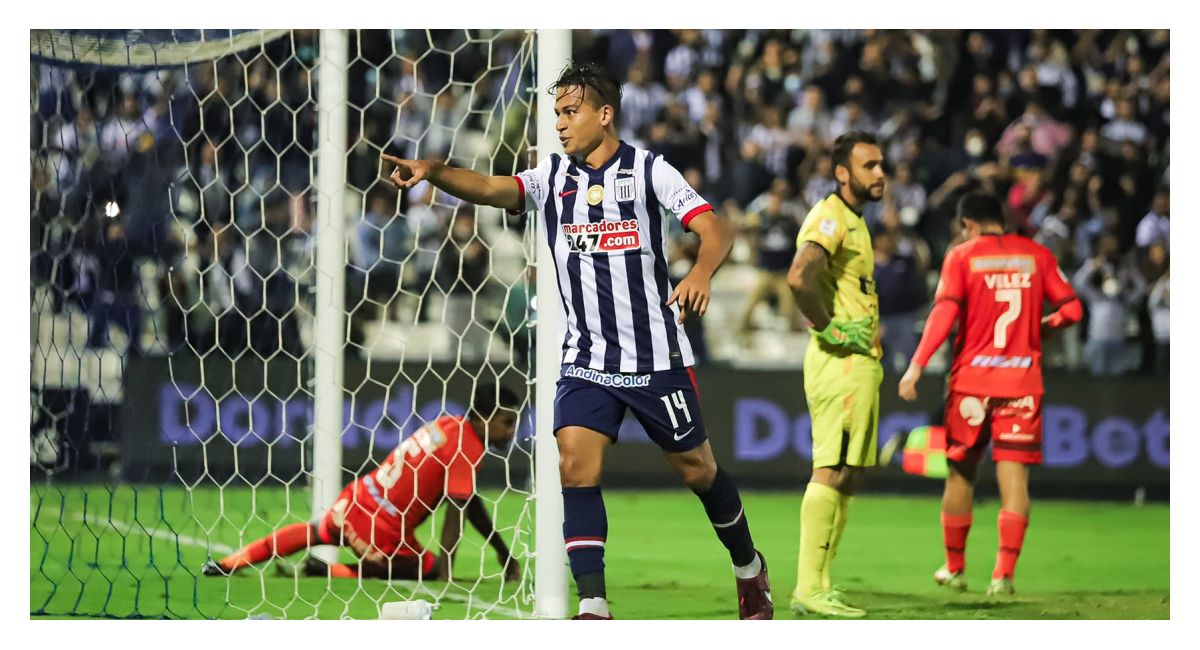