More than 300 genes are associated with the development and progression of tumors. Thanks to the knowledge of the genetic material of each person, it is now possible to individualize therapies

NASA investigates how to explain extraterrestrial life from theology

DNA or deoxyribonucleic acid is our unique genetic fingerprint , it is responsible for us being who we are. So, knowing the molecular structure of DNA revolutionized science, by allowing us to understand how genetic information is transmitted.

Deciphering the human genome opened the door to new paths of scientific research and, furthermore, accessing the information of the genetic material improved the scenario for the treatment of diseases such as cancer, since it allows treatments to be individualized, adapting them to each patient .

Thanks to these advances, oncological pathologies are gradually beginning to be defined by their molecular characteristics . and to a lesser extent, by its location in organs and tissues.

A treatment for each patient

In cancer therapies, “advances in the knowledge of DNA are applied mainly in two ways: first, in the diagnosis of tumors and molecular biomarkers to understand why cancer originated, if there is any specific alteration that has caused this cancer ”, explained to Infobae Dr. Gonzalo Recondo, head of Clinical Oncology at the CEMIC University Institute.

Second, genetic information is applied tothe development of new therapies that are treatments directed against tumors that have some particularity, or a point mutation or a specific DNA alteration which makes it susceptible to targeted treatments”, added the expert.

Every human cell contains all the genetic information within the DNA . This information is stored through a code made up of four chemical bases –adenine (A), guanine (G), cytosine (C) and thymine (T)–, which are paired with each other to form base pairs. The genetic code, in turn, translates into the production of proteins that are responsible for performing different functions in organisms. If a gene undergoes changes, proteins can also change and, consequently, the functions they perform, leading in some cases to the development and progression of diseases.

It is important to note that not all diseases develop because there is a genetic alteration,but there are many conditions in which it has been possible to identify genetic alterations that predispose to its development .

“Knowing the alterations that occur in DNA and that cause some diseases is relevant to being able to diagnose them and treat people accordingly. This is sofor different diseases such as some types of solid tumors, hematological tumors and inherited genetic diseases”, pointed out Dr. Recondo.

Some time ago, environmental and genetic factors were considered responsible for the development of diseases, but it is now known, in the case of cancer, that these environmental factors can cause alterations in DNA beyond those we inherit from our children. parents.

More than 300 genes are related to the development and progression of cancerand there is diagnostic technology available to be able to study them in patients’ tumors.Each person is unique and so is their diseaseTherefore, knowing the particular genetic alterations of the tumors allows the oncologist to prepare personalized and precise treatment plans.

Contemplating the patient from an integral vision and not only as a carrier of a disease is the key to individualized treatments.

The head of Oncology at the CEMIC University Institute told Infobae that “cancer treatment is personalized with a comprehensive approach to the patient, taking into account clinical factors, but also socioeconomic, cultural and spiritual factors . So, at the time of diagnosis and treatment , we seek to make this diagnosis more precise in order togive each person the best treatment according to the molecular subtype of the tumor, the characteristics of the biomarkers that tumor has, the place where it is located and the clinical characteristics of the patient”.

This type of treatment aimed at genomic alterations provides agreat benefit to patients: considerably reduces the side effects of therapies to combat tumors.By knowing the alterations that may be present in the tumors (biomarkers), it is possible to identify which patients can receive a specific treatment. The result is a more effective but also less toxic treatment.

“Genetic profiling-based treatments have fewer side effects because the drugs are designed to specifically target a tumor protein, which is a mutated protein, which is usually not expressed in other normal cells. These drugs are aimed at oncological disease and have fewer adverse effects on the rest of the cells compared, for example, with chemotherapy that attacks cancer cells but also has a deteriorating effect on normal cells , ”Rendo explained.

“Performing a molecular diagnosis on the tumor or through the study of the patient’s blood, among other biomarkers, allows us to personalize the treatment according to the unique profile of the person and their disease, through the selection of targeted treatments, approved or in development ”, added the CEMIC expert.

“Completing the genetic map with the human genome project allowed personalized medicine, and in particular precision medicine , to focus on the development of therapies aimed at genomic alterations . This knowledge, together with the development of diagnostic technologies such as second-generation genomic sequencing , introduced a paradigm shift from systemic therapies “for everyone” to targeted therapies and immunotherapies as part of a personalized treatment plan”, explained Verónica Sotomayor, leader of the personalized medicine team at Roche Farma Argentina .

In addition to the advantages for patients linked to personalized treatments, these therapies also reduce the stress on health systems, since they avoid unnecessary therapies and their side effects, optimizing resources.

“For the health system, personalized medicine allows optimizing the investment in economic resources in the care of people, sinceby providing targeted and selected medication based on genetic and other studies, treatment has a greater impact on cure ratesor control in some types of disease”, Recondo concluded.

I’m a science journalist and host of Cosmic Controversy (brucedorminey.podbean.com) as well as author of “Distant Wanderers: the Search for Planets Beyond the Solar System.”  I primarily cover aerospace and astronomy. I’m a former Hong Kong bureau chief for Aviation Week & Space Technology magazine and former Paris-based technology correspondent for the Financial Times newspaper who has reported from six continents. A 1998 winner in the Royal Aeronautical Society’s Aerospace Journalist of the Year Awards (AJOYA), I’ve interviewed Nobel Prize winners and written about everything from potato blight to dark energy. Previously, I was a film and arts correspondent in New York and Europe, primarily for newspaper outlets like the International Herald Tribune, the Boston Globe and Canada’s Globe & Mail. Recently, I’ve contributed to Scientific American.com, Nature News, Physics World, and Yale Environment 360.com. I’m a current contributor to Astronomy and Sky & Telescope and a correspondent for Renewable Energy World. Twitter @bdorminey

Bruce Dorminey
View More Posts
I'm a science journalist and host of Cosmic Controversy (brucedorminey.podbean.com) as well as author of "Distant Wanderers: the Search for Planets Beyond the Solar System."  I primarily cover aerospace and astronomy. I’m a former Hong Kong bureau chief for Aviation Week & Space Technology magazine and former Paris-based technology correspondent for the Financial Times newspaper who has reported from six continents. A 1998 winner in the Royal Aeronautical Society's Aerospace Journalist of the Year Awards (AJOYA), I’ve interviewed Nobel Prize winners and written about everything from potato blight to dark energy. Previously, I was a film and arts correspondent in New York and Europe, primarily for newspaper outlets like the International Herald Tribune, the Boston Globe and Canada's Globe & Mail. Recently, I've contributed to Scientific American.com, Nature News, Physics World, and Yale Environment 360.com. I'm a current contributor to Astronomy and Sky & Telescope and a correspondent for Renewable Energy World. Twitter @bdorminey 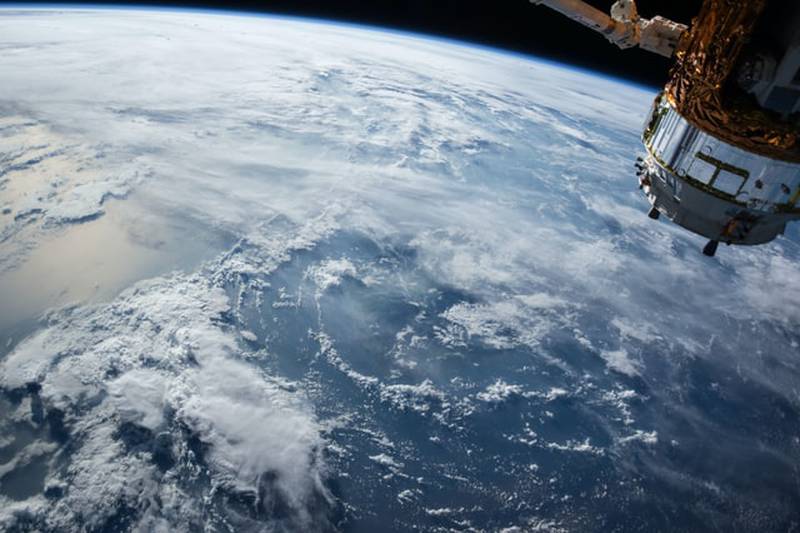 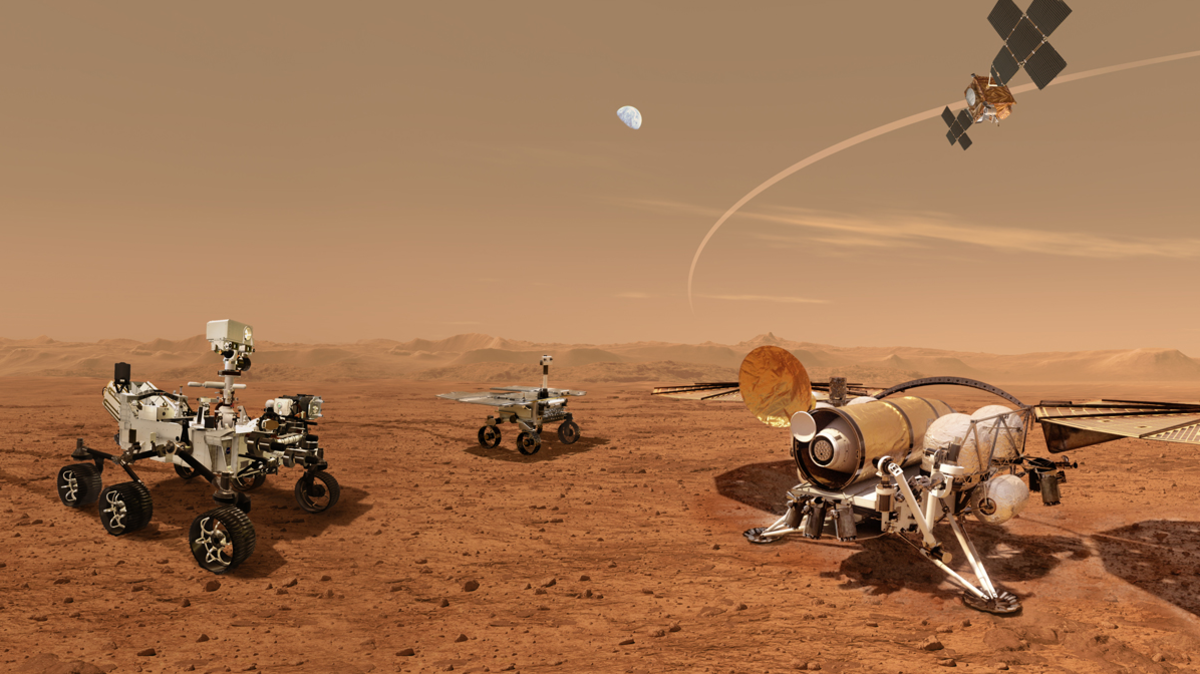 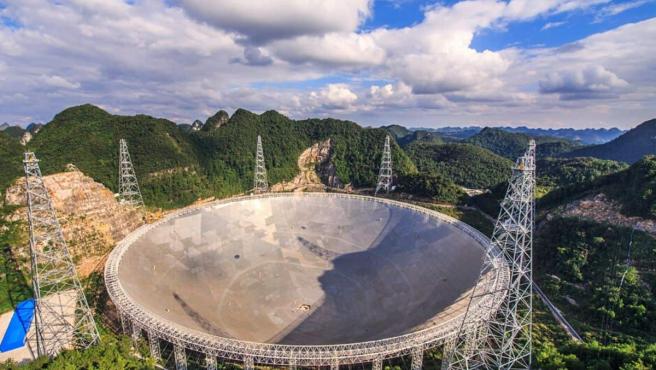