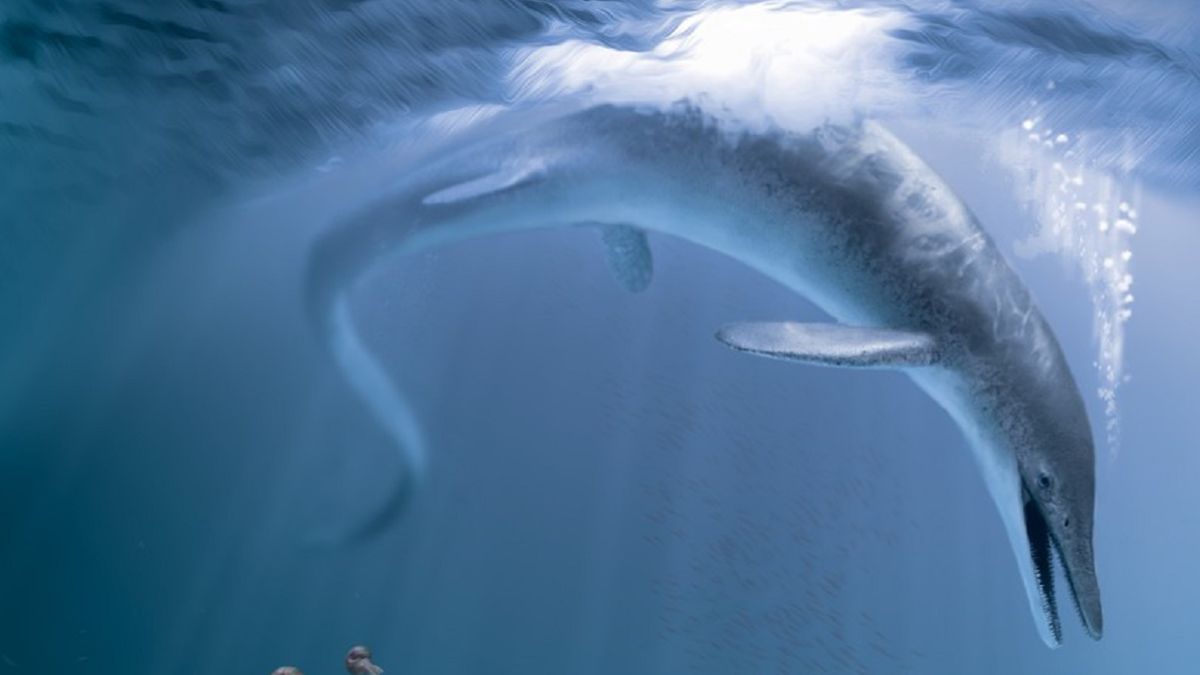 The first giant creature to inhabit the Earth

Crushed against the pilot’s seat by powerful g-force, Soviet cosmonaut Yuri Gagarin saw flames outside his spacecraft and prepared to die. His voice broke the tense silence at ground control: “I’m on fire. Goodbye, comrades”.

Gagarin did not know that what he was observing from a hatch was a plasma cloud that enveloped Vostok 1 during its re-entry into the Earth’s atmosphere, and that it was still on its way to return safely.

It was his quiet composure under pressure that helped him become the first human to reach space 60 years ago.

Gagarin’s firm self-control was a key factor behind the success of his pioneering 108-minute flight. The mission on April 12, 1961 had technical failures and emergencies, from a capsule hatch that had not been properly closed to problems with the parachute at the last moment before landing.

From the moment that 20 Soviet air force pilots were chosen for the first manned space flight, Gagarin’s calm character, his ability to learn quickly and his big smile made him a favorite.

Two days before taking off, Gagarin, 27, wrote a farewell letter to his wife, Valentina, expressing his pride at being chosen to fly Vostok 1 but also trying to comfort her in the event of her death.

“I have complete confidence in the team, they must not fail me. But if something happens, Valyusha, I ask you not to be defeated by grief,” he wrote using a diminutive for his wife.

Authorities kept the letter, eventually delivering it to Gagarin’s widow seven years later, after he was killed in a plane crash. She never remarried.

Gagarin’s pioneering flight, in which he completed an orbit around the Earth, made him a hero in the Soviet Union and an international celebrity. After putting the world’s first satellite into orbit with the successful launch of Sputnik in October 1957, the Soviet space program rushed to secure dominance over the United States by putting a man in space.

“The target was set, and people slept in their offices and workshops, just like in wartime,” recalled Fyodor Yirchikhin, a Russian cosmonaut who would eventually make five trips into space.

In its urge to win over the Americans, the Soviet space and rocket program suffered a series of failures in 1960, including a disastrous launch pad explosion in October that killed 126 people. One of the victims was the Chief of the Missile Force, Mitrofan Nedelin.

Like Gagarin, Soviet officers were prepared for the worst. No safety system was installed to save the cosmonaut in the event of another rocket explosion, either at lift-off or later.

The authorities wrote three versions of a statement about Gagarin’s flight for the official TASS news agency: one announced a successful flight, another mentioned problems and the third described a mission ended in disaster.

In addition to possible engine failures and other technical problems, scientists doubted a person’s ability to withstand the conditions of space flight. Many feared that the pilot might go crazy in orbit.

Soviet engineers prepared for this contingency by developing a fully automatic control system. As an added precaution, the pilot would receive a sealed envelope with a secret code to activate the manual controls. The theory was that a person who could enter the code must be sane enough to operate the ship.

However, everyone in the space program was so fond of Gagarin that a flight instructor and a prominent engineer acted on their own and shared the secret code with him before the flight to save him the hassle of dealing with the envelope in an emergency.

The problems started from the beginning. When Gagarin got into Vostok 1, a light confirming the closing of the hatch did not come on. Working at a frantic pace, an engineer and a colleague removed 32 screws, found and repaired a faulty contact, and put the screws back in just in time for the scheduled takeoff time.

Sitting in the capsule, Gagarin whistled a song. “Poyekhali!” (“Here we go!”), He exclaimed as the rocket took off.

In another precautionary measure, the orbit was designed so that the spacecraft would descend on its own after a week if an engine failure left it adrift. Instead, a failure caused a higher orbit to be reached, which would have resulted in Gagarin’s death if the engine had failed in that phase.

Although the engine functioned as planned for the return, a fuel leak caused an unexpected and higher speed re-entry route, which caused the craft to rotate uncontrollably for 10 long minutes.

Gagarin later said that he had almost lost consciousness when he suffered a g-force that exceeded 10 times that of gravity. “There was a moment, lasting two or three seconds, when the instruments began to fade before my eyes,” he said.

Seeing a cloud of plasma around his ship on reentry, he believed the capsule was on fire.

A soft landing system had not yet been designed, so Gagarin exited the module in his spacesuit and deployed a parachute. As he descended, he had to wrestle with a valve to start breathing the outside air.

A reserve parachute opened in addition to the main one, making it difficult for him to control the descent, although he managed to land safely in a field near the Volga River in the Saratov region.

Gagarin was flown to Moscow for a hero’s welcome, greeted by Soviet leader Nikita Khrushchev, and greeted by enthusiastic crowds who celebrated his flight as a triumph equivalent to victory in World War II. Until his death at age 34, he enjoyed international glory and visited a dozen countries to celebrate his historic mission.

“The colossal propaganda effect of the Sputnik launch, and especially Gagarin’s flight, was very important,” said Moscow-based aviation and space expert Vadim Lukashevich. “Suddenly we defeated the United States, even though our country had not yet recovered from the enormous damage and casualties” of World War II.

Gagarin died on a test flight on March 27, 1968. Just 16 months later, the United States won the space race against the Soviet Union by taking astronauts to the moon.

The collapse of the Soviet Union in 1991 ended an era of rivalry. Russia’s efforts to develop new rockets and spacecraft have faced successive delays, and the country has continued to rely on Soviet technology.

In that stalemate, the criticized space agency Roscosmos has focused on a costly plan to build a new headquarters on the site of a previously dismantled rocket factory.