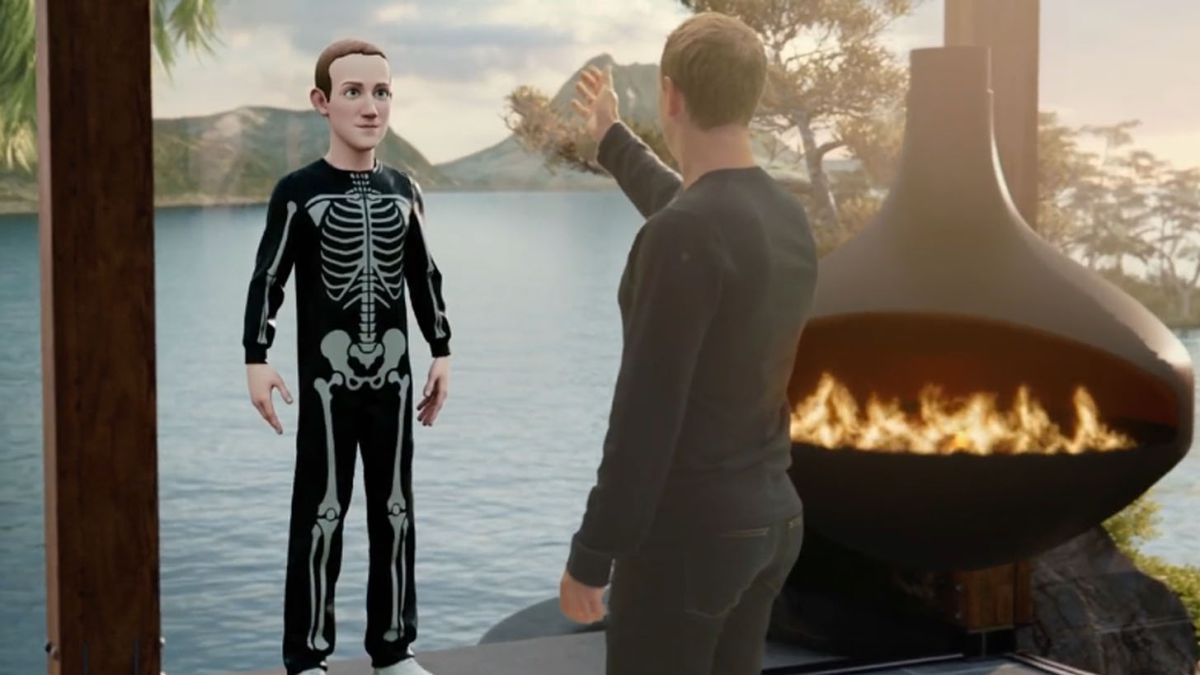 How Mark Zuckerberg Spends His Fortune

It seems unbelievable, in a country where football is religion and its gladiator champions of the people, but until now we have never had a faithful and first-person account of WAG life.

This is the acronym invented by the British tabloids to group the wives of their most famous soccer players and which literally means “Wives And Girlfriends”.

With the intention of fixing such a dishonor on our audiovisual panorama, and thanks to part of the 17,000 million euros that Netflix is ​​going to spend on its own production this year, the streaming platform has convinced Georgina Rodriguez, girlfriend of Cristiano Ronaldo, to be the first to recount her life.

There where the elusive Victoria Beckham, with Shakira’s life in Catalan or the modesty of Antonela Rocuzzo —Messi’s wife— was never reached, it is done in the hyperbolic “Soy Georgina”, a new docu-reality series that will land on our screens on January 27.

“I am Georgina Rodríguez, I am 27 years old and 5 years ago my life changed”, is the letter of introduction and human interest of the “influencer”, businesswoman and mother of three of the four children of the Portuguese star.

And there is one of the cornerstones of the “reality”: on the day of its premiere, Georgina will be 28 years pregnant with twins to whom she will give birth this spring (still without a ring in sight).

We already know that she has almost 30 million followers on Instagram, that she receives astronomical amounts from the swimwear brand Yamamay and that just before the pandemic she had debuted in the fashion world with “OM by G”, an exclusive brand in the one in which Rodríguez showed her skills as a designer.

We even know, and thanks to a study by Hopper HQ, that each publication or mention of him on networks is valued at more than one million euros. So what does “I’m Georgina” tell? With more truth than one could expect in a format of this caliber, and with an edition in the purest style of “The Kardashians”, the docu-reality write a kind of modern Cinderella story in which CR7, of course, is the blue prince.

Always in the media background with respect to her partner, and very little given to non-promotional interviews, Georgina “undresses” in her docu-reality and reveals herself as a simple woman —it would be unfair to say basic— and much more earthy than what her Hermès handbags and private jet trips to Paris just to try on a dress might leave us wondering:

“I love wearing tracksuits,” she says before explaining why there are no cashmere rugs in her house: “I have kids and I know they they wouldn’t last at all.” The capitular code, narcissistic like any of these formats despite its transitive effort, also speaks of a determined and dedicated woman in her role as a mother, ignoring perhaps at times that being a good person is not enough to accumulate one’s own capital valued at more than ten million euros.

Being clear about what “I am Georgina” is about, in episodes that range from a trip to Monaco to see Formula 1 in which she takes all her friends (“Las queridas”, perhaps in the most unbearably scripted moment of the docu-reality) , the return to the town of Jaca where he grew up after his arrival from Argentina or the first, in which tells her love story with Cristiano Ronaldo (“I came to the store to work by bus and left by Bugatti”), it is also interesting to know the secrets of the new Netflix series.

At the level of the obvious, mentions of Cristiano Jr.’s biological mother are omitted, with whom the “influencer” shows an excellent relationship on her social networks, and although it is explored, nor is much emphasis placed on the importance of Dolores Aveiro, mother of the Portuguese “crack”, who, according to what has been reported and speculated since the beginning of their relationship, is not too affectionate with the protagonist of the docu-reality.

In fact, and less than a month ago, Ronaldo’s mother publicly described Rodríguez with a brief “good girl”, in a gesture that not a few understood as cold and distant.

On the very production of the series, for which Netflix has thrown the house out the window and it has barely revealed more details than those already exposed in an incomprehensible secrecy, it should be noted that it is the great bet of the platform for the new year and that behind the project, as executive producers, are Javier Tomás and Montxo Cabello.

The latter is the owner of KOMODO productions, a subsidiary of Mabel Media —organizers of the Mad Cool festival—, and “pope” of E-Sports in Spain thanks to the organization of events such as the BLAST Pro Series, which in 2019 brought together more 30 million viewers online.

Another notable aspect of the team, and one that helps to understand the tone that the series will have, is the hiring of Juampi Cofré as director. Previously responsible for formats such as “Who wants to marry my son?” or “Nightmare in the kitchen”, knows how to expose Georgina’s world of luxury wonderfully and with fine irony and, above all, knows how to exploit the scripts of a stellar team: the scripts of “I am Georgina” are the result of the experience of «A prince for Corina» or «Alaska and Mario».

Thus, the docu-reality of the —among many other things and as it is in charge of repeating endlessly—, also (sic) Ronaldo’s girlfriend, avoids papier-mâché and is clearly an attempt to reduce the frivolity of the figure of the «influencer», so unknown that it is even difficult to know where the hagiography begins in the series.

It is avoided, for whatever reason, to talk about the first adult Georgina, the one who worked at Gucci and then at Prada before meeting your current partner, but it doesn’t seem that the production’s entertainment effort falls on deaf ears once the viewer has already bought the vain concept of an incomprehensible and unattainable life for the rest of us mortals. For better or worse, “Soy Georgina” hides little, no matter how ridiculous or absurd its premises may be.