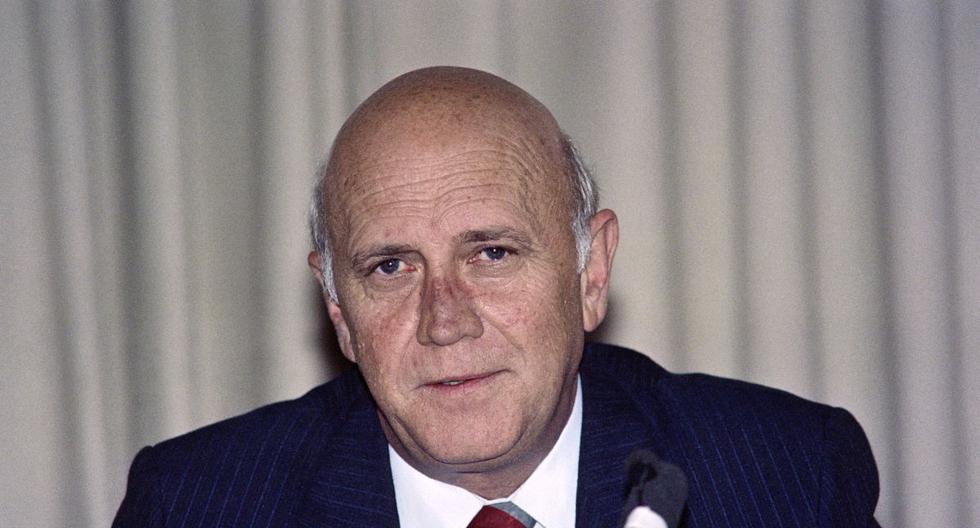 Who was Frederik de Klerk, the Afrikaner who freed Mandela and brought about the end of apartheid in South Africa?

On October 4 of 1997, the then Duchess of Palma, a title granted by her father a month before the ceremony, gave the “Yes, I want” to the handball player Iñaki Urdangarin, who from that moment became a ducal consort. In those years, the infanta had settled in Barcelona.

Infant Christina chose a dress by Lorenzo Caprile, a designer who has always had a very good relationship with the two daughters of Don Juan Carlos and Doña Sofía, since her sisters also studied at the Santa María del Camino school.

The dress was made of Valencian silk and in an ivory color, also inspired by the fleur-de-lis, closely linked to the Bourbon house. Also, she wore a diadem with great historical and sentimental value and that belonged to her mother. The earrings belonged to Queen Victoria Eugenia and were also a gift from Doña Sofía.

Many of the royal guests stayed in the hotel Arts. There were twenty-four-hour butlers, champagne, not cava, caviar canapés, strawberries with Belgian chocolate, and delicatessens in bulk and on demand, as reported by Paloma Barrientos in Vanitatis.

Each royal family covered their own expenses, a custom that is maintained in all the weddings of reigning monarchies. The only ones who break these rules are the sheikhs of Saudi Arabia and Kuwait, who bear all the expenses and also give jewels to all the guests.

The scene of their first meeting was none other than the Olympic Games in Athens, where they say that the Infanta fell in love with the athlete. An year later, on Oct 4 of 1997 both got married.

At that time, Iñaki lived in Barcelona, ​​since he was one of the star players of FC Barcelona and, also, he was there where the link was held.

The wedding became one of the events of the year where numerous well-known faces of sport and European royal houses passed. Five months earlier, both had announced their engagement, to the general surprise, since hardly anyone knew about this courtship.

Neither of the two had been seen on the streets of Barcelona or sharing moments together. It was a very discreet courtship. The idea of ​​​​both was to carry their relationship with the greatest possible intimacy.

The wedding was held at Barcelona’s cathedral and all the buildings dressed up. In addition, the military distributed carnations among all the citizens and among those who had gone to the cathedral to see the couple’s arrival.

Iñaki arrived at the cathedral hand in hand with his mother and godmother, Claire Liebaert, and half an hour later Felipe VI’s younger sister would. Cristina arrived in a Rolls-Royce accompanied by her father and godfather, King Juan Carlos.

The act was simple and solemn and at 11:30 in the morning both had already become husband and wife. At the moment of “Yes, I do”, Don Juan Carlos could not repress his tears.

The wedding banquet was served at the Pedralbes Palace and the guests were distributed between the main dining room and the other rooms of the palace.

The menu consisted of a royal quinoa surprise with vegetables and fresh pasta and a loin of sea bass with prawn soufflé and virgin oil emulsion. Dessert consisted of a prelude to chocolate and crème anglaise.

Among the most outstanding anecdotes is that of the groom’s tie. Urdangarin had chosen one, not entirely traditional and proper for a wedding, but it was a choice of the King Emeritus who has always liked colorful and patterned ties.

Also, they say that, during the meal, Felipe said that he he was to be the next to pass through the vicarage.