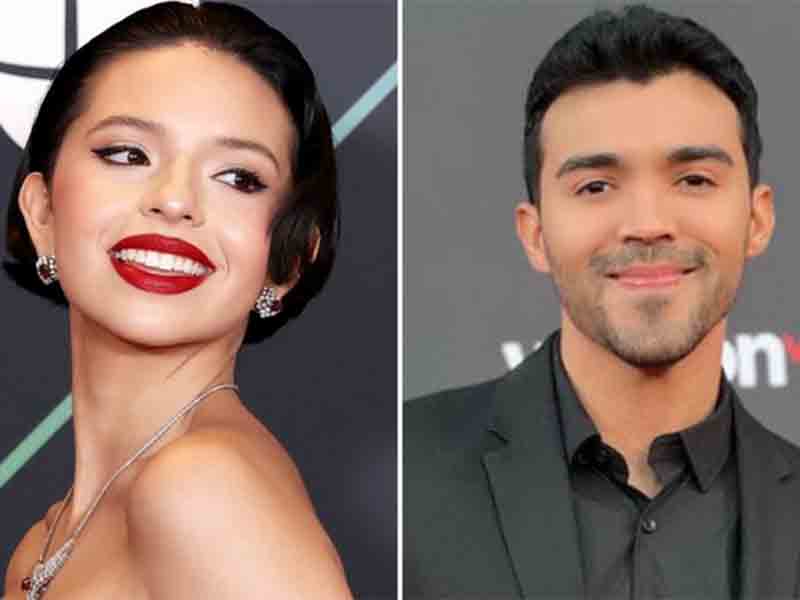 MIAMI.-Carla Estrada intends to meet in Miami the protagonist of the new biographical series inspired by the life of the singer Gloria Trevi , which will begin recording next year.

The well-known Mexican production company will be at the Univision studios on Tuesday, December 12, conducting a casting in search of actresses who embody the Singer Hair interpreter at different stages of her life, from adolescence.

“We are looking for girls from 14 to 25 or 30 years old who have talent, who look like Gloria and who have the desire and the possibility to come to Mexico to work,” Carla Estrada told DIARIO LAS AMÉRICAS.

The production company stressed that in order to take on the stellar role, the candidate must show “a lot of enthusiasm, a lot of desire, a lot of truth, because finally Gloria is an image of a girl who represented a free, self-confident, funny woman, although in her personal life she is not. It was like that”.

“But we do need her to have that duality, that submission that Gloria has had at certain times and that openness to being an open and fun woman before the public,” she explained about the qualities she is looking for in an actress to characterize Gloria Trevi.

Estrada has already searched for his star in Mexico City, Monterrey and Guadalajara. With the auditions in Miami, she hopes to end the search.

Of the series, which still has no name and the exact start date of the recordings is unknown, 30 chapters have already been written as a result of conversations with Trevi and testimonies with people from his closest circle.

For Estrada and her scriptwriting team, the most difficult thing has been choosing what to tell or what to omit given the harsh reality that the singer lived through, experiences that cannot be told on television, according to Estrada’s criteria.

“We are already going through chapter 30, little by little, because it has not been easy to find the way to shorten it, because we cannot put all of Gloria’s life. We would love to, but then we have to choose events, combine them. And that is what is taking us a long time, a lot of research. Actually, there are many things that cannot be brought to the screen, but not because Televisa or Univision or Gloria limits them, simply because there are things that are countless on television, but most of them will be suggested, “said Estrada.

“Many times we have met with Gloria, with her family, with the people who were in jail, with some of the girls who were with her in some of the houses, living and sharing Gloria’s feelings, and the good and the bad. they had to share, “she added about the series’ pre-production phase.

But one of the protagonists of the scandal, who spent two years in prison and was acquitted of the same crimes that Gloria was accused of, has so far shown no interest in giving her testimony.

“Mary Boquitas is not one of the people who has answered us and who has wanted to cooperate with us,” said Estrada.

The singer and her musical producer, Sergio Andrade, with whom she had a romantic relationship, were the center of a sexual scandal in the late 1990s. The then couple was arrested in 2000 for rape, kidnapping and corruption of minors. after a year evading justice. Gloria was imprisoned for more than four years in Brazil and was later acquitted when she managed to prove that she did not commit any crime related to the Clan Trevi-Andrade, as the case became known.

Estrada, who has already brought the lives of Silvia Pinal and Joan Sebastián to the screen, assured that she was surprised to meet the real Gloria Trevi as the series progressed.

“What has attracted my attention the most has been to discover a Gloria that I knew, but did not know, in essence, many things. A glory that the writers and I have been discovering little by little and we have been very pleasantly surprised to discover such a talented and hard-working woman, to whom very complicated things have happened, very parents. And that combination of life made her the woman she is today, “she said.

“The public has discovered in her that histrionic capacity, that capacity to communicate with people, which is what has made her resurface again. You have to know how to forgive yourself. She is that woman who can get ahead despite what has happened to her in life, “added Estrada.

The reason for the series

It is the first time that Gloria Trevi tells her story to later be narrated on television. Although what the singer lived has been documented in books. The one who started the scandal in 1998 was La Gloria por el Infierno , with which the former singer of the singer Aline Hernández wanted to denounce the abuses that Andrade committed against her clients.

“It is the first time that Gloria tells her story, and obviously it is the story seen through Gloria’s eyes, but also through the eyes of many of her companions who lived the same.”

Likewise, Estrada stressed that the purpose of the series is not to judge but to alert society and raise awareness about child sexual abuse.

“Although books have been written that talk about themselves, say names and surnames and judge each other, this time the series is not going there. The series tries to find the point where they are vulnerable and how they are vulnerable, and why the woman or the Latina is vulnerable in a certain circumstance. And it is an alert for the relatives, for the people who are close to them or to them, because it could be them or them, “he said.

“Child sexual violence in the world is a very serious problem. So this series tries to encourage us so that we can observe, see and report if we are close to a similar case ”.

The announcement of the series was made at the end of 2019, but the pandemic interrupted the plans. For the production company, a lot has changed in the world of television since then.

“Yes it has changed and it must change because the rhythm and the way of telling the stories definitely has to be different. The pandemic brought us to a pause in life, to a rebirth as human beings. Television does a great job with society and we who make television have a great social responsibility to do things differently, with much more quality and much more rhythm, with more depth and content ”.

Although Carla Estrada wants to find her Gloria Trevi, she will also recruit young people for other roles in the series.

“The goal is to find a Gloria, but definitely on the way to find her we can find a lot of talent.”

The casting will take place on Tuesday, December 14 at Univision, 9405 NW 41 St., in Miami, from 10 am to 6 pm. To participate, they must register by sending an email to casting@univision.net.