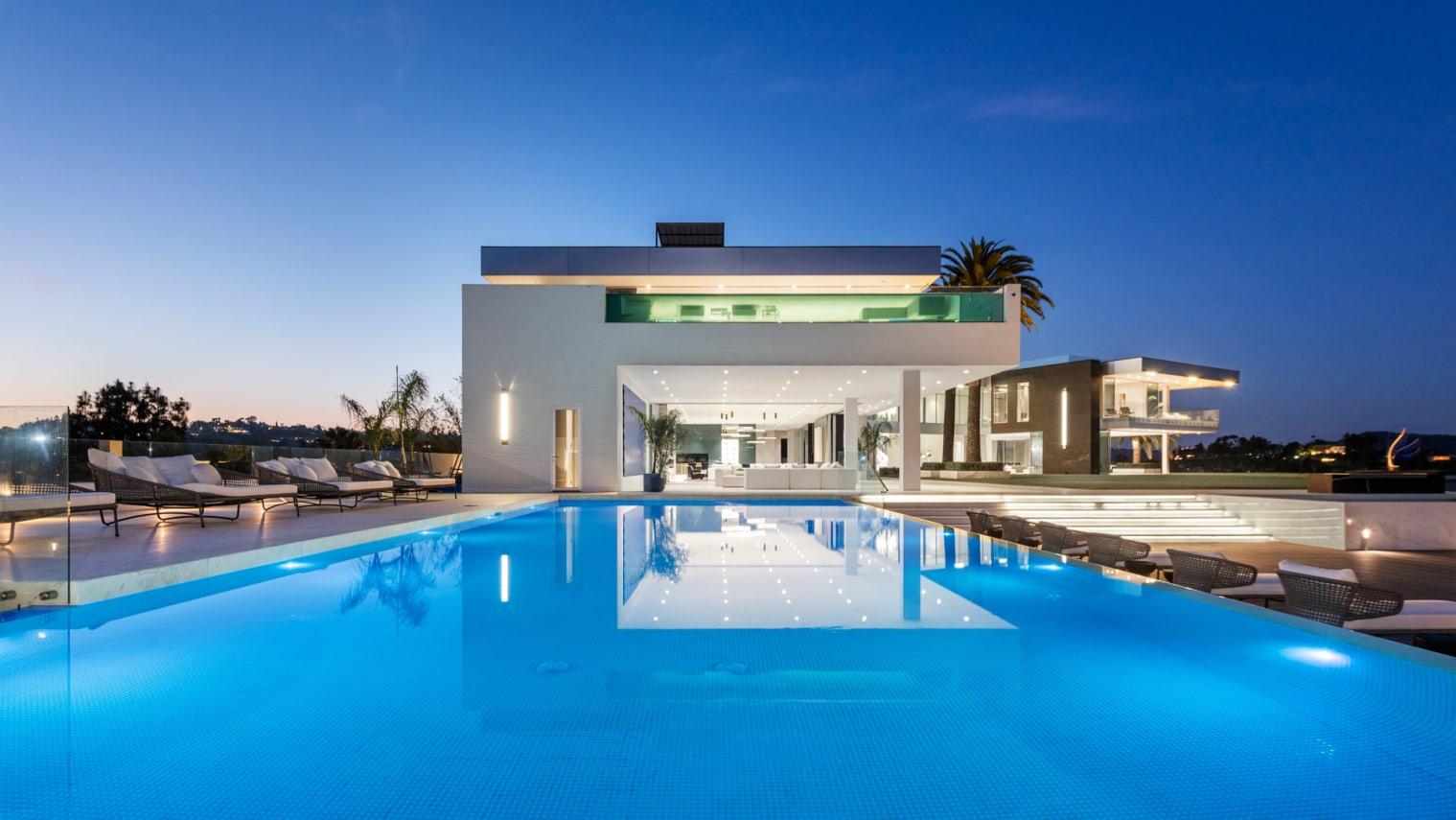 The One: This Los Angeles mansion could be the most expensive property in America

On one occasion, the Vice President of the United States, Kamala Harris, needed to personally go to the Senate to break a tie in a vote, but first she had to prevent her caravan of cars from causing a traffic jam in the US capital.

A senator had to vote in the upper house before Harris could arrive to end the impasse, but the legislator was in Georgetown, across town from Washington. If Harris left in his motorcade, the street closures would likely cut off the senator’s route to the Capitol.

So she opted to delay her departure.

“I was on the phone with the senator’s staff, saying ‘you have to tell me when he’s in his car and when he’s gone through the barrier in the center of town,’” Kristine Lucius, Harris’ former director of legislative affairs, recalled. the anecdote related to the vote last year for a candidate for the government of President Joe Biden.

Just as delicate have been the balancing acts that Harris, whose role as Senate president has been a defining feature of her first two years in office, has had to perform. With the help of careful scheduling—and even keeping an eye on traffic patterns when necessary—she quickly outperformed her predecessors when it comes to breaking ties.

Fortunately for her, she will be able to take a breather. Senator Raphael Warnock’s runoff victory for the Georgia seat means Democrats will expand their majority to 51 seats.

While Harris may still be called in to break a tie, such as when senators are absent, she will have a little more leeway when there is a close vote in the upper house.

“It’s part of her job, but I think she’s done a lot of other good things,” he added. “And now she will have a little more time available to do those things, because the need for her to be here will be less.”

US vice presidents have a sparse job description in the Constitution. One of his unique responsibilities is to serve as president of the Senate, something that had been a mainly ceremonial role in past governments.

When the now President Biden was vice president during the presidency of Barack Obama, he did not have to break a single tie in his eight years in office. But Harris, a former senator from California, has gained a lot of experience in that role, because the upper house was evenly divided, in an era of marked partisanship.

A dozen nominees would not have been confirmed without your vote. He also helped pass a $1.9 billion stimulus package during the COVID-19 pandemic. She helped get the Inflation Reduction Act, the centerpiece of Biden’s domestic agenda, across the finish line.

In all, she has cast 26 tie-breaking votes. John C. Calhoun, who served as vice president during the John Quincy Adams and Andrew Jackson presidencies, holds the record for 31, but that was over the course of nearly eight years, rather than Harris’ two.

The so-called “Floating holds” (“movable sections”) that limited her travels when there was a possibility that she was needed in the Capitol, since they prevented her from straying too far from Washington, were incorporated into Harris’s schedule weeks in advance.

But when he traveled, he tended to travel on Mondays, Thursdays, or Fridays because most of the voting in the Senate was on Tuesdays and Wednesdays. And short trips to Baltimore or Richmond were preferable to taking flights across the country, which would make rushing back for a vote logistically complicated.

Democratic Senator Tim Kaine, said: “Every time we were here, she had to be ready, because even things that might have seemed non-controversial, like dating and so on, could get stuck.” Harris “was never completely free to make other plans,” he added.

One of the exceptions was the Munich Security Conference in February, which Harris attended shortly before Russia invaded Ukraine.

“As soon as that was put aside, the first person I spoke to was not my husband about child care coverage, but the Majority Leader’s chief of staff,” recalled Lucius, Harris’ former director of legislative affairs. She had to make sure Schumer knew that she couldn’t schedule close votes at that time, “because that’s not something you can walk away from.”

Sometimes there were schedule conflicts. Harris was in Los Angeles for the Summit of the Americas when the Senate held a confirmation vote for a Labor Department official.

The nomination unexpectedly deadlocked without Harris being available to break the tie, so the Democrats tried again in September. They succeeded, and Harris didn’t even need to break the tie.

“She has been here when we needed her,” said Democratic Senator Patty Murray. “We accommodated her when things were not working out.”

Murray appreciates Harris’ trips to the Capitol for another reason besides the tiebreakers. They are opportunities to discuss politics, from school buses to maternal health, with someone who is one step away from the presidency.

“It’s a connection that you don’t usually have with a vice president,” he said.

Joel K. Goldstein, a vice-presidential historian, said Harris’s responsibility can be both rewarding and frustrating.

“The advantage is that she can be there when there is something that is important and she casts a deciding vote,” he said. “The downside is that she has to be there.”

After all, the vice presidency can be a political springboard, and remaining tied to that Senate procedure is rarely the idea of ​​a leader coveting a big assignment.

And the dangers of a vice president not being available for a runoff have been apparent before, such as when the Senate was considering President Calvin Coolidge’s nominee for attorney general in 1925.

Believing it was not necessary, Vice President Charles G. Dawes went to his hotel room for a nap. By the time he woke up, it was too late to rescue the nomination with a tie-breaking vote.

Although vice presidents have functioned as extensions of the presidency in recent history, they used to operate more independently of the White House, adopting its legislative role by regularly presiding over the Senate.

Sometimes they even voted against the interests of the president. In 1832, when Jackson chose Van Buren as ambassador to Great Britain, Calhoun ensured that the nomination failed, casting a tie-breaking vote against him.

Harris knew he would be asked to break ties when he took office, and he didn’t seem very keen to do so.

Shortly before the inauguration, he wrote in the San Francisco Chronicle that there had been only 268 such votes since the founding of the country.

“I intend to work tirelessly as your vice president, including, if necessary, fulfilling this constitutional duty,” Harris wrote. “At the same time, I hope that instead of coming to the point of deadlock, the Senate finds common ground and does the job of the American people.”

Harris cast his first tie-breaking votes just two weeks after taking office. They happened before dawn, at the end of a marathon voting session on the American Rescue Plan Act, a stimulus package during the pandemic.

“Okay, should I do this?” Harris asked, tapping the ivory mallet once on the desk in front of her.

“With the Senate split down the middle, the vice president votes yes and the amended concurrent resolution is adopted,” he added, securing the bill’s passage and rousing applause from Democrats.

As her number of tie-breaking votes increased more and more, the vice president publicly accepted her role.

During a September speech at South Carolina State University, Harris noted that he had cast more tie-breaking votes in a single term than any of his predecessors. The record was previously held by John Adams, the country’s first vice president.