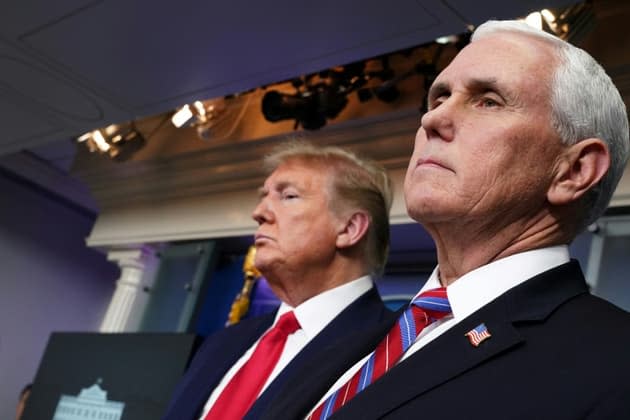 “Former United States President Donald Trump decided not to stop the assault on Capitol Hill on January 6, 2021 because it suited him and instead spent the afternoon watching it on television.” That’s how resounding the committee investigating that attack was on Thursday, reproaching him for deliberate passivity.

Trump opened the door for “anarchy and corruption” and must be held accountable for the attack on January 6, 2021said the chairman of the parliamentary investigative committee on the assault on the Capitol. The former Republican president “tried to destroy our democratic institutions,” Bennie Thompson testified during a prime-time hearing concluding a series of public presentations of her commission’s work.

“It opened the way for anarchy and corruption,” added the Democratic congressman, sick with covid-19, by videoconference.

According to him, all those responsible for the attack, including in the White House, will have to “account for their actions in court.” “It will have serious consequences, otherwise I am afraid that our democracy will not recover.” The president of the parliamentary investigation committee on the assault on the Capitol, Bennie Thompson

Then, two members of the committee summarized the day of January 6, 2021, lived “minute by minute” by Donald Trump, whom accused of having “failed in their duty” as commander-in-chief, having done “nothing” to stop his supporters from wreaking havoc on Capitol Hill. According to the members of the committee, the former president followed the assault on the Capitol in real time on the channel on January 6, 2021. Fox News from the White House.

According to Democratic congresswoman Elaine Luria, one of those in charge of guiding the session this Thursday, Trump was locked in a White House dining room for about three hours watching television and rejecting the pleas of members of his family and political advisers. and judicial that asked him to act to stop the mob.

“He was the only person in the world capable of stopping the crowd. He could not be mobilized by either his assistants or his allies. He ignored desperate pleas from his own family, including (his children) Ivanka and Donald Jr.,” Thompson said. The commission pointed out that it was Trump who summoned them to Washington on the day that parliamentarians had to certify the victory of his Democratic rival Joe Biden in the presidential elections. Around noon, in a fiery speech in the heart of the capital, he asked them to “fight like hell” against an alleged “massive electoral fraud.” He then returned to the White House, as the crowd launched an assault on the temple of American democracy.

It took him more than three hours to ask his followers to leave the place. “I know your pain,” he finally told them in a video posted on Twitter. “But they have to go home now.”

Thursday’s hearing before the House committee, made up of seven Democrats and two Republicans disowned by their party, will detail what happened between those two speeches. Entrenched in the private dining room of the White House, Donald Trump followed the attack on television “while his close advisers and family begged him to intervene,” described Democratic congresswoman Elaine Luria. But “President Trump has refused to act because of his selfish desire to cling to power,” he added.

During all this time “not once did he pick up the phone to order his administration” to help the police, Republican-elect Liz Cheney had said.

Matthew Pottinger, then deputy national security adviser, and Sarah Matthews, deputy spokeswoman, were called as witnesses to tell what happened behind the scenes that sinister day. Both resigned after January 6. The members of the commission pointed out that it took Trump more than three hours to ask his supporters to leave the place.

The commission is also expected to show extensive video testimony from Pat Cipollone: ​​the former White House legal adviser who recently declared that his former boss should have conceded defeat. The hearing could also address the efforts made the following day by Donald Trump’s advisers to have him denounce the violence against the Capitol in a video, and their difficulty in achieving it.

This public session is the eighth in six weeks and the second broadcast in prime time across the country. The previous ones have focused, among other things, on the role of the extreme right in the assault or on the pressure exerted on electoral agents by Donald Trump and his collaborators. Last week, the committee examined the impact of a tweet Trump sent on Dec. 19, 2020, urging supporters to come to the nation’s capital on Jan. 6 for a rally he promised would be “wild.”

Members of far-right militias like the Proud Boys and Oath Keepers, as well as other Trump supporters, saw the tweet as a “call to arms,” ​​the lawmakers said. More than 850 people were arrested for the attack on Congress, which left five dead and 140 police officers injured. Trump, 76, who has repeatedly given hints that he will run again in the 2024 elections, had to submit to impeachment, accused by the lower house of inciting the insurrection, but was acquitted by the Senate. The committee is expected to report its findings to Congress this fall.

The commission could issue criminal recommendations to the Justice Department, leaving it to Attorney General Merrick Garland to decide whether Trump or others should be prosecuted for trying to reverse the results of the 2020 election.