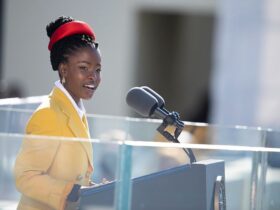 Alexéi Navalny knew it could happen, but that didn’t stop him. The opponent decided to return to his country five months after being poisoned, even though the threats of capture were explicit. And so it was, the activist was arrested by the police as soon as he stepped onto Russian territory.

The Berlin plane carrying the opponent landed at Moscow’s Sheremetyevo airport. The ship was scheduled to land at Vnukovo airport, but minutes before landing, the air terminal closed unexpectedly for “technical reasons”, according to the press service of the Pobeda airline.

Navalny, now a prisoner, returned to Moscow after several months of convalescence in Germany after suffering poisoning, despite threats of arrest by the Russian justice. When he passed immigration controls, he was arrested.

According to AFP journalists on board the plane, the pilot initially announced a 30-minute delay due to a “technical problem”, before indicating that the aircraft was heading towards Sheremetyevo.

At the other airfield, where dozens of his supporters are waiting for him and where anti-riot agents are, the forces of order arrested several of his allies, said Ivan Jdanov, one of the closest collaborators of the opponent, on Twitter. Among those arrested is his brother.

Around 14 GMT, the plane took off from berlin. On board, the politician uploaded a video with his partner and wrote: “We are going home”. Furthermore, he told reporters on the flight that he is innocent and who is not afraid of being arrested.

“I have the lucky row, the 13“, said. “I have every right to return home,” he added, in relation to the search and capture order that weighs on him. “I want to express my deepest thanks. Thank you all, I hope everything will go well. Today I am very happy, “he declared, after being led by the German police directly to his plane with his wife Yulia.

On the eve of his departure, the opponent had also thanked the German doctors, policemen and politicians he met during the five months he spent in the country. “Thanks folks,” he wrote on Instagram.

Since Vladimir Putin’s main enemy announced on Wednesday his intention to return, the Russian prison services (FSIN) have warned him and assured that they will be “forced” to arrest him for violating the conditions of a suspended sentence imposed on him by the justice in 2014. Navalny, 44, ignored these maneuvers which, according to him, are designed to “intimidate him.”

The main figure of the Russian opposition fell into a coma in August, when returning from a trip to Siberia. Initially he was hospitalized in Omsk, a large city in the region, but was evacuated a few days later to a Berlin hospital after pressure from his close associates.

Three European laboratories concluded that the opponent was poisoned with a Novichok-type nerve agent, developed in Soviet times, a conclusion confirmed by the Organization for the Prohibition of Chemical Weapons (OIAC) despite the fact that Moscow has denied it.

The opponent accuses the Russian special services (FSB) of having tried to assassinate him on the direct order of Vladimir Putin.

However, the Russian authorities accused the western secret services and even Navalny’s hygiene of life. Until now, Moscow has refused to open an investigation to find out what happened to Navalny, due to Germany’s alleged refusal to share its information with Russia.

Berlin announced on Saturday that it has transmitted to Moscow all elements of its judicial investigation, in particular the “records” of Navalny’s interrogations and “blood and tissue samples, as well as pieces of clothing”, while waiting for the authorities to “throw light on crime ”.

According to the FSIN, When he was in Germany, Navalny failed to comply with the conditions of the 2014 sentence, which requires him to report to the prison administration at least twice a week.

Since the end of December, the opponent has also been the subject of a new investigation for fraud, on suspicion of having spent 356 million rubles (3.9 million euros, 4.8 million dollars) in donations for his personal use.

More than 2,000 people have announced on Facebook that they will receive it but the justice has warned of the risks of participating in an unauthorized “public event” at Vnukovo airport.

Several activists who were going to travel to Moscow from Saint Petersburg to meet with the opposition were detained by the police before leaving, according to the media.

For his part Nationalist groups hostile to Navalny threatened to receive him with “zelionka”, a green antiseptic difficult to clean, which they had already sprayed the opponent with in the past.

The airport declared that it will not authorize the press to work in the terminal due to the coronavirus pandemic. Videos posted on social media showed riot police outside the building.

Despite being practically ignored by the national press, he is neither represented in Parliament nor eligible, Navalny remains the main voice of the opposition partly thanks to his YouTube channel, which has 4.8 million subscribers, and his organization, the Fund to Fight Corruption (FBK), which denounces the corruption of the elites.

Despite the raids, pressure, and short prison sentences against Navalny or his allies, he has managed to organize several very followed demonstrations in recent years, and has caused several setbacks to power in local elections.

His fame is still limited outside the big cities. A poll by the independent Levada center in September found that only 20% of Russians approve of his actions.

For the experts, Navalny’s announced return is a stone in the Kremlin’s shoe: setting him free would be a show of weakness and imprisoning him would threaten to provoke a new scandal.