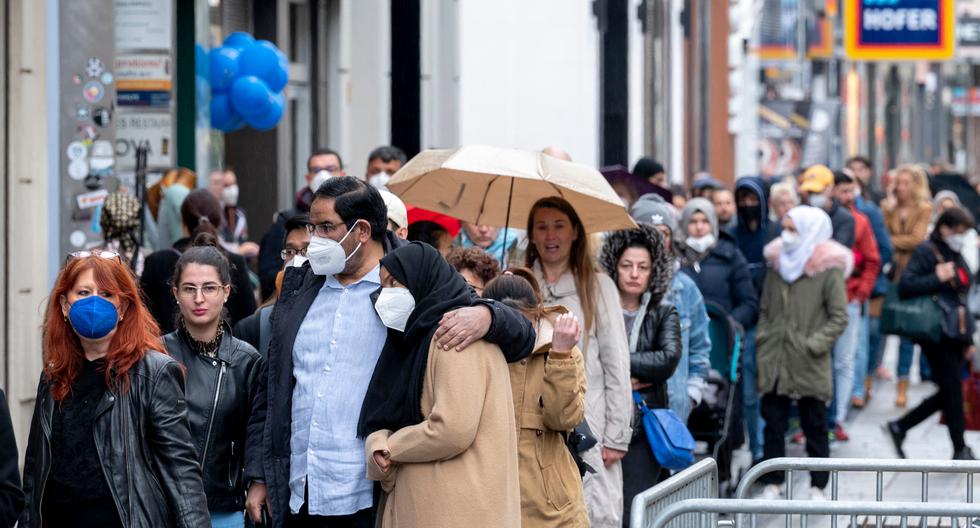 First case in Austria of Indian variant of coronavirus confirmed

A pioneering study promoted by researchers from the University of Oxford and the Autonomous University of Barcelona has concluded that the vaccine of Pfizer has reduced mortality from coronavirus of the users of the residences in 98%, and in 97% the possibility of being hospitalized after the second dose.

The research, published in the scientific journal ‘The Lancet’, is the first worldwide work on the clinical efficacy of the vaccine of Pfizer in nursing homes and also shows that the effect on nursing home workers has led to a drop in contagion levels of 95% in toilets, 92% in resident personnel, and 88% in the elderly.

The study, in which the autonomous government of Catalonia (northeast) also participates, is signed, among others, by the professor of the Statistical Center in Medicine at the University of Oxford, Daniel Prieto-Alhambra; the Secretary of Public Health of Catalonia, Josep Maria Argimon; and the person in charge of vaccination in Catalonia, Carmen Cabezas.

In addition, the article specifies that the first dose already generates a reduction in infections of between 50 and 60% in the entire sample studied, as Daniel Prieto-Alhambra has emphasized in statements to a radio station.

The study sample of the research includes 28,594 users of residences in Catalonia, 26,238 employees of these centers and 61,951 health workers.

The researchers also explain that although the vaccines have been shown to be effective in clinical trials, there is still more research to be done in routine settings and in groups of populations typically underrepresented in study samples.

On the other hand, the results clarify that, analyzing the data of the first 12 days after the first vaccination, a period in which the dose should not have a significant effect, there are also reductions of 15 to 20% in infections, which which suggests other uncontrolled factors that influence the phenomenon.

However, the study clarifies that the final results are the result of a two-month follow-up and that, in any case, the sample will continue to be studied to obtain new long-term results in the future.

The researchers emphasize that the conclusions “should reassure the population about the main benefits associated with the ongoing vaccination campaign in Spain and elsewhere.”

The study also cites other studies with similar results, such as one carried out in Scotland on the general population, with a reduction of between 85 and 94% in the risk of infection, and another from England on hospital staff, which showed a reduction 72% in infections with a single dose.

For his part, Daniel Prieto-Alhambra has assured that the results are important because “they make us think that we have the capacity to reduce the occurrence of cases in residences and community transmission.”

The professor has congratulated himself on the results: “They are spectacular; It is one of those graphs that you repeat three times to make sure that you have not made a mistake ”.

Prieto-Alhambra has also said that, given the data from the first doses, “if the second dose is extended more than the recommended three weeks, nothing happens because the risk of infection is already much lower.”